READING about Ulu Muda Forest Reserve is not the same as being there.

On reaching Earth Lodge, which is deep within Ulu Muda, it felt like I was transported to a Tarzan movie set. Simple basic amenities, no fuss, no advanced technology. Just a pure, undisturbed forest.

I was worried about food and did not expect much, but I was surprised when we had chicken rice, large freshly caught tilapia, and on the last night, spaghetti bolognese.

What I thought would be a rough and tumble trip ended up making me 1kg heavier.

I was part of a team of reporters invited to spend three days and two nights within this massive jungle, which catches rainwater for Kedah, Perlis and Penang.

It was organised by Watch Water Penang and Management and Ecology of Malaysian Elephants. Asian elephants roaming in the wild along the Muda River.

I was a bit apprehensive before the trip, not knowing what to expect and never having been on such a media trip, nor ventured deep into a virgin jungle. But I agreed to go with my fingers crossed.I was prepared to rough it out but hoped it did not mean a fire place and a tent. But Earth Lodge, a Kedah-owned eco lodge nestled 90 minutes away by boat from Ulu Muda Jetty was wondrous.

The dorm rooms were cosy and fun to share with five others.

The way there by sampan had its scary moments but we were never in danger.

The lack of phone reception was detoxifying, although the cold showers did make me miss my creature comforts.

The fresh, clean air gave me a break from my constant asthmatic allergies.

And then there were the elephants. I saw the herds three times in four hours, once as close as 25m away.

Earth Lodge chief executive officer Hymeir Kamarudin said we were lucky to see this, and I believed so too. PhD student Or Oi Ching collecting samples of elephant dung for study at a hot spring salt lick along the Muda River.

Fresh elephant dung the size and shape of bowling balls were a sight to behold, but obviously not a pleasure for my nose.

I was shocked to learn that Ulu Muda was home to 117 recorded mammals and over 300 species of birds, including the endangered Asian elephants, leopards, tapirs, sun bears and plain-pouched hornbills.

“Elephants need a large area to roam and it needs to be undisturbed or else their population will decline.

“Shrinking jungles mean fewer resources and this leads to a decline in their population,” he said.

We found four-wheel-drive vehicle tracks at a hot spring salt lick where elephants and tapirs frequent.

“Decades-old logging roads allow poachers to travel so deep into the jungle to hunt,” Hymeir said.

I see now that our neighbouring state has one of the most beautiful places in our country, and it is under threat. 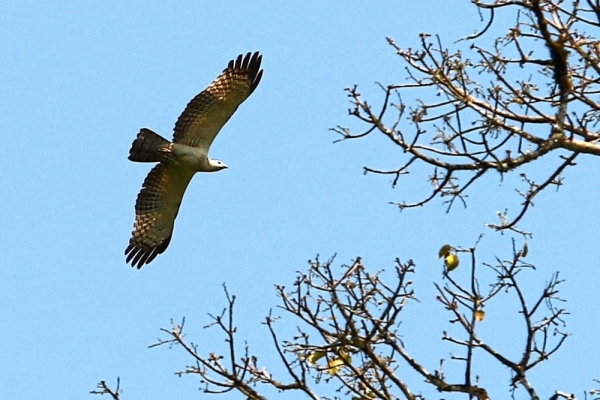 The trip enlightened me about the biodiversity at Ulu Muda and the need for awareness to conserve and protect the forest from external disturbances.

I already miss the spaghetti, cooked with ease by our boatmen and so tasty it rivals offerings by the finest cafes in Penang.

As we left the jungle by sampan, the engine failed and we were stranded for more than an hour while the boatman fixed it.

But I did not mind being stuck despite the heat. It meant that I could remain in Ulu Muda for just a while longer before heading back to reality.