New faces and ideas make it a thrilling year

THE 14th General Election put an end to the 61-year rule of the previous administration and this marked the start of a new era in the country.

With this, Kuala Lumpur saw several major events that brought notable changes in the capital city. 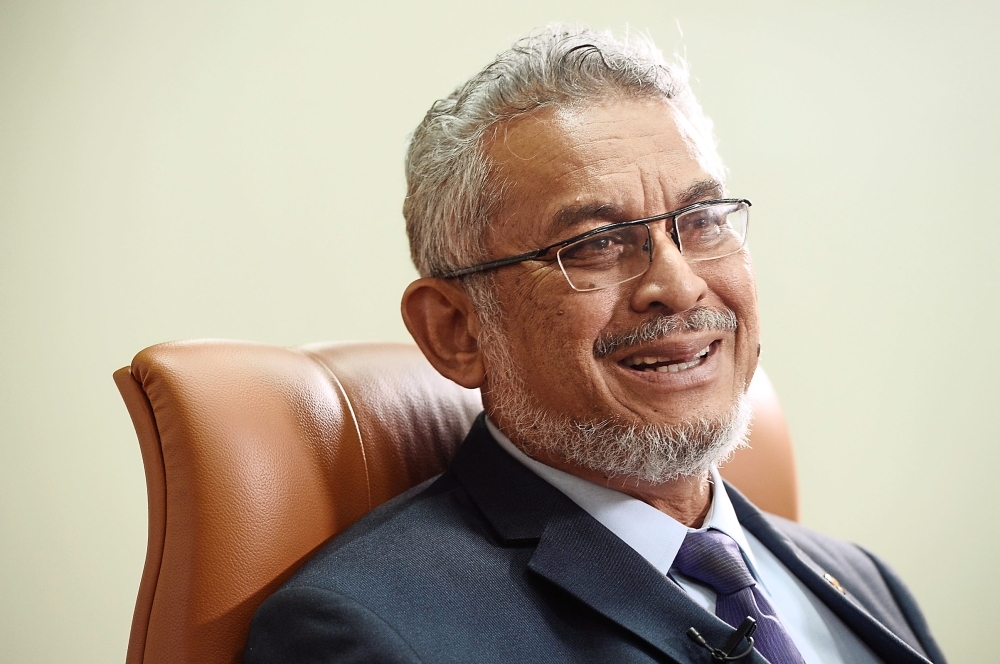 Khalid was appointed the new FT Minister in July

With a new government came new faces and ideas, including a proposal for local council election, but Prime Minister Tun Dr Mahathir Mohamad, fearing racial conflict, said it was a no-go.

Clamping activities in the city was stopped by Nor Hisham, who asked that errant motorists’ vehicles be towed away instead. A safety net was put up at PPR Seri Pantai following the death of a teenager who was struck by a chair throw from the upper floors of the flats.

However, the headline news that triggered a public outcry and quick response from the local authority was a video involving Raj Banana Leaf restaurant workers.

The 30-second video showed three workers squatting at the back of the restaurant and rinsing plates in a puddle of water collected by the roadside.

This led to the closure of the restaurant and subsequently their operating licence was revoked.

The unsettling footage shed light on hygiene violations taking place in restaurants and the authorities were on high alert to punish serial offenders. 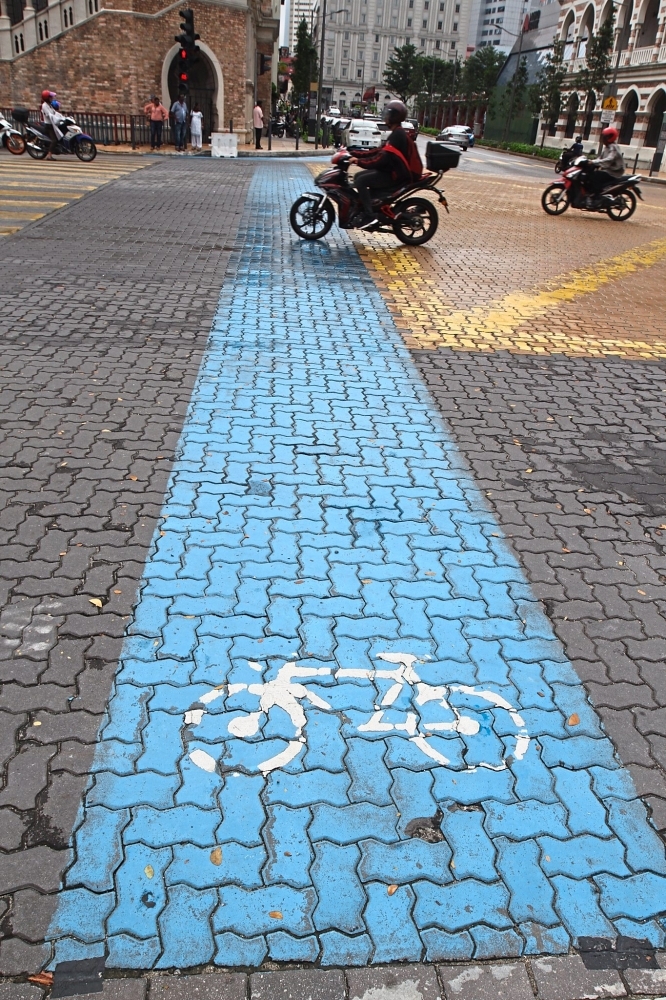 The blue cycle lanes circle the city centre, signalling a path dedicated to cyclists to make their way on.

It was also the impetus for the StarMetro hygiene campaign for the whole Klang Valley involving mostly health officers from various local councils.

StarMetro not only channelled complaints submitted by readers to the relevant councils to take action, but also highlighted several operations that exposed poor hygiene levels at restaurants.

Another piece of news that caught everyone’s attention was a photo of a car partially submerged in floodwaters in a tunnel from Jalan Tun Razak leading to the KLCC carpark following a downpour.

A netizen misidentified the location as the Stormwater Management and Road Tunnel (SMART), but SMART quickly clarified that it was a mistake.

Luckily, there were no casualties but it showed that the city needed a better flood mitigation plan.

Similarly, the untimely death of 15-year-old S. Sathiswaran, who was struck by a chair thrown from the upper floors of the Seri Pantai People’s Housing Project (PPR) flats on Jan 15, shocked the nation. 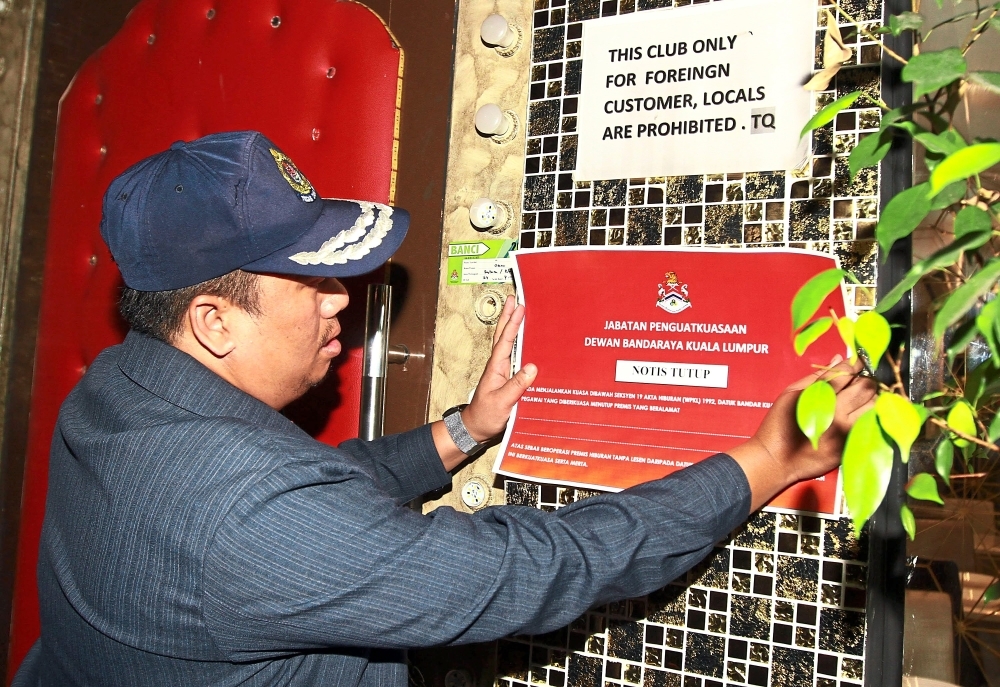 After years of defying DBKL’s laws, Oscar Arabic Night Club And Restaurant was shut down for operating without valid premises and entertainment licences. During a raid, DBKL Enforcement (Licencing Division) head Ahmad Tarmizi Baharom sealed off the premises and put up a closure notice.

It prompted former FT minister Datuk Seri Tengku Adnan Tengku Mansor to order DBKL to instal safety nets in strategic places at such flats as a temporary measure to minimise the risk of accidents caused by items thrown from windows and balconies of upper floors.

However, the move did little to solve the issue as the real problem was the public’s lack of civic consciousness.

Resolving hot-button issuesThe 97 questionable land deals made by DBKL during the previous administration was one of the most talked about issues this year.

A task force was formed to scrutinise the transactions worth RM5.63bil involving 273.27ha.

From there, 19 deals were cancelled, 15 had to be renegotiated and 43 were given the green light to proceed. The ban on plastic straws in the Federal Territories from Jan 1 next year received mixed views from the public.

Later, the government acquired an additional RM149mil in revenue from 16 land transactions, after successfully renegotiating the terms with its contractors.

In addition, DBKL terminated the sale of 18 parcels of land, valued at RM1.4bil, as these were last-minute deals signed through direct negotiations before the general election. Three buyers may sue DBKL for breach of contract.

The Taman Rimba Kiara development, which fell under one of the many questionable land deals, saw some progress after staying unresolved for over two years.

Following talks with Khalid, the project developers were willing to scrap the project if they were compensated.

A joint working committee chaired by Khalid was set up to resolve the matter. It comprised the Kuala Lumpur mayor, Segambut MP Hannah Yeoh, three organisations representing the longhouses, Taman Tun Dr Ismail Residents Association as well as the developer.

He allegedly rented them out for as high as RM5,000 per lot through middlemen and Bukit Bintang MP Fong Kui Lun was implicated as he issued a support letter for Mohd Noorhisyam.

He also announced there would be no more festive bazaars in Jalan Masjid India and Lorong Tuanku Abdul Rahman following a string of unresolved issues surrounding it.

Khalid added that he was looking for an alternative site to relocate the traders.

In August, DBKL shut down house-turned-entertainment outlet Ben’s Latino Rum Bar for causing a nuisance to the neighbourhood as well as Oscar Arabic Night Club and Restaurant along Jalan Berangan. Both were operating without valid premises and entertainment licences.

They were closed indefinitely by DBKL in the presence of Customs Department officers during a raid in the wee hours of the morning.

Other noteworthy topicsThe ban on plastic straws in the Federal Territories from Jan 1 next year received mixed views from the public, despite full enforcement taking place only from Jan 1, 2020.

Businesses that provide plastic straws to customers for medical reasons would not be penalised while straws made from other biodegradable material or paper could be used as a replacement.

The plastic straw ban follows the ban on plastic bags and polystyrene food packaging, which started in September last year.

Concerns were also raised about the future of many structures in Little India, Brickfields, which were under threat as they were built on road reserves that could be taken back at any time.

Also making headlines this year were the broken lifts at Block C of Mutiara Fadason low-cost flats in Kepong, which caught the attention of MPs and DBKL. The lifts have since been fixed.