Estes, who is currently based in Malaysia, with a collection of Tequila Ocho bottles.

WHEN it comes to picking out a bottle of tequila at the duty-free outlets in the airport, customers inevitably end up choosing the same few popular labels in the market.

Mixologist James Estes feels, however, there is more to this clear-coloured beverage that Malaysian tequila fans should know about.

A favourite drink in Mexican bars, his uncle Tomas Estes, together with Carlos Camarena, created Tequila Ocho in 2008 and took tequila to a whole new level.

The Camarena family has been making tequila since 1937, and is now seeing the third generation of tequila producers.

They are one of the few who are still producing the drink the slow artisanal way, or what Estes calls it “slow food” manner, to retain as much agave flavour as possible.

Agave is the base ingredient used in the alcoholic drink.

“Ocho is a single-estate vintage tequila. Each year, the agave used to produce tequila comes from one field only,” said the 33-year-old Estes, who is currently based in Malaysia.

He said other producers would source their agaves from different fields, but not Tequila Ocho. This gives Tequila Ocho a different taste each year, but that is not what the producers are concerned about.

He said the Ocho single estate was reflected on its bottle which showed the customer the ranch or estate, the name of the field where the agaves came from and the year it was produced.

“Each year has a different

flavour profile with different characteristics, so what you buy this year will not have the same taste as the one produced the year before,” said Estes, adding that his uncle was a tequila fan, but only got involved with Ocho after Camarena invited him.

“My uncle started with opening Mexican restaurants all over Europe, and he would often bring in tequila to promote it at his restaurants.

“From there, his reputation as a tequila connoisseur grew,” he said, adding that his uncle was subsequently elected as a tequila ambassador by the Mexican government.

The senior Estes went on to become the Master Distiller of Tequila Ocho at La Alteña distillery in Mexico, known to be among the most respected tequila producers in the world.

Jalisco, sitting at the fringe of the Pacific Ocean, produces about 90% of tequila in the market.

The region is divided into highland and a lower area fondly known as tequila valley.

“Produce from the highland is usually lighter and fruitier while the one from the valley area has oaky notes and the fruits are larger in size,” he said.

All the fields owned by the Camarenas are on the highlands.

“The agave plant is rich in history and has many uses; it gives us a source of energy and is tough enough for us to make shelters out of it,” he said.

The collected agave is left to steam for three days in brick ovens.

“After the first eight hours of cooking, Carlos will discard the juices because he finds it to be bitter,” he said, adding that it was part of the cleansing process as they did not want to have bitter notes in the drink later.

Roller mills are then used to crush the agaves as they want to separate the fibres from the juice.

“The juice is then fermented through pine wood fermentation to give flavour and character to it, without adding cultivative yeast,” he assured.

Then, it is distilled twice before being watered down with spring water.

In Spanish, “ocho” means the number eight which is his family’s lucky number, said Estes, hence the name Tequila Ocho.

For a start, the tequila was made from the eighth sample created by the Camarenas for Tomas Estes.

The number also represents the average number of years the agaves take to ripen before being harvested. It takes about 8kg of agave to make a litre of Tequila Ocho, and eight days for the agaves to become blanco (unaged) tequila, from the time they reach the patio at the distillery.

Another interesting fact is that Carlos Camarena has eight brothers and sisters; the family is in its eighth decade of producing tequila.

That’s a lot of eights, clearly illustrating how the number is important to both the Estes and Camarena family.

“People often ask us what’s in our tequila and that we have to label it. There is no filtering, nothing added to it, no extra flavouring or colour added.

“It is just agave and water, and the rest is just nature taking its course,” said Estes.

The drink is available at Huckle-berry After Dark, Birch, Mezze Bistro and Bar, Skullduggery and Jake Rose in Kuala Lumpur.

And if you are lucky, Estes may be the guy behind the bar preparing it for you! 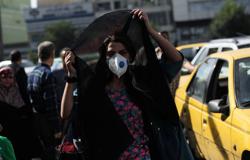