The quaint fishing village of Kuala Kemaman where the seafood market is located.

THERE are many interesting places to take a break and unwind when planning a short weekend getaway locally, and one place that often gets overlooked is Cherating, Pahang.

With better road connectivity, many do not realise that it takes just a little over three hours to get to Cherating via the East Coast Expressway from Gombak.

The good thing about using the expressway is that you bypass Kuantan and head to the nearest exit to Cherating, which is Jabor.

Upon exiting at Jabor, follow the signboards leading to Kemaman, that is if you do not have a traffic-navigation app to turn to.

The popular beach resort area of Cherating is midway, roughly a 20-minute drive before Kemaman, a border town located at the south-most tip of neighbouring state Terengganu. 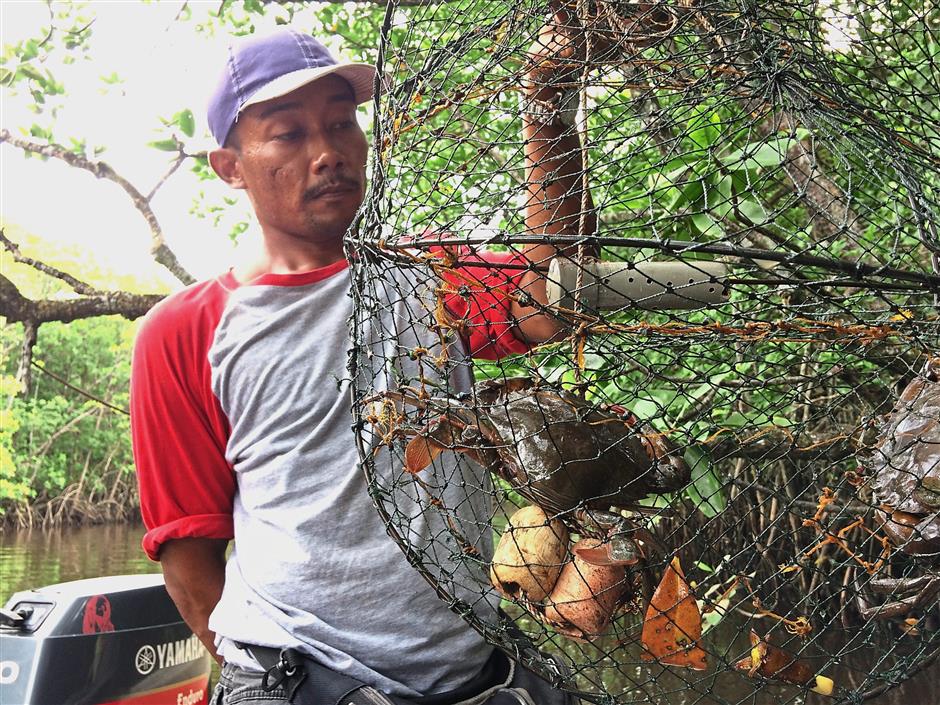 A local fisherman with his freshly caught mudcrab.

They are both so close by that locals in Cherating think nothing of heading into Kemaman for breakfast at the famous Hai Peng coffeeshop or for some satar and otak-otak.

The quaint Kampung Cherating, dotted with budget hotels, guesthouses, chalets and local businesses, is popular with backpackers and tourists for its wide beach stretch lining the east coast of Malaysia.

Besides its beaches – Pantai Cherating, Pantai Chendor and Pantai Kemaman – not many venture out of Cherating to explore what it has to offer.

Eager on discovering Cherating, I decided on a three-day, two-night weekend getaway during off peak season to appreciate what makes this place so special.

When in a place unknown to you, it is advisable to befriend a local. Most hotels are able to ferry customers to tourist destinations in the vicinity and I requested for a personal guide from The Legend Resort Cherating’s Sports and Recreation Department to show me around Cherating.

On my first night there, Sports and Recreation manager Azeraf Mohd Mohaiden and staff Azizul Abdullah made arrangements for us to experience the fireflies at Sungai Cherating.

For anyone who has been to Kuala Selangor, the idea of experiencing yet another night river cruise to watch fireflies might not be too appealing.

This thought did cross my mind but I would later learn that the Cherating experience is something to talk about.

We arrived at Hafiz Activities in Kampung Cherating close to 7.30pm for a briefing on the dos and don’ts, safety tips as well as an indepth explanation of Cherating fireflies by owner Mohd Hafiz Abdul Majid. 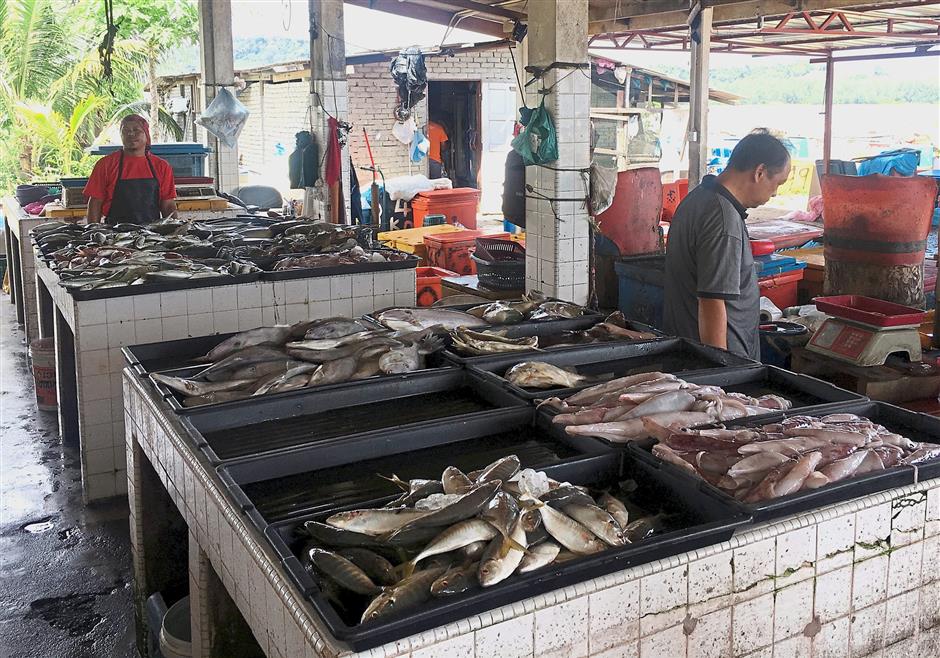 Fresh catch of the day at the Kemaman fishing village market.

Mohd Hafiz is clearly passionate about fireflies and gets animated when briefing customers on what to expect.

The variety here are Pteroptyx Bearni (non-synchronous fireflies) which are different from the ones in Kuala Selangor.

It was only when the boat, filled with local and foreign tourists, cruised down Sungai Cherating that we realised that Hafiz has a way of communciating with the fireflies.

Using a modified torchlight, Hafiz – the firefly whisperer – calls out to the fireflies lighting up the trees like Christmas lights, to come his way.

The words he uses, “come to me”, “my darlings”, are not magical but when you are seated in a boat in pitch darkness and fireflies move towards you and hover, then sit on your arm, Mohd Hafiz’s theatrics make the whole experience surreal.

I later learned that Mohd Hafiz, a refugee from Myanmar, is married to a local and has lived in Malaysia for 26 years. The Natural Batik Village in Balok is a place for visitors to get in-depth appreciation of local batik.

Happy with what Cherating had to offer the first day, I waited for Day 2 as it included a trip to Kemaman for breakfast at Hai Peng, then a visit to the Kuala Kemaman fishing village to buy seafood.

Hai Peng did not disappoint and since we had travelled so far, we decided to try the dishes offered including laksa Johor made with ikan tongkol, nasi dagang bungkus, tapai, toasted bread and of course, the coffee.

Our tour guides also took us to a shabby-looking coffeeshop known as Kedai Kopi Ah Meng in the Kemaman fishing village.

After checking out the fresh catch of the day at the market, we drove further into the village to appreciate its simplicity and noticed the seafood production centres where salted fish and ikan billis are made.

After spending half the day in Kemaman, we ditched our plans to go to the Cherating Turtle Sanctuary as the skies were dark and it threatened to rain.

Instead, we headed to the Natural Batik Village in Balok, off Kuantan to shop for a variety of local batik. Day 2 proved to be very tiring as cramming everything in under three days was not too wise.

On Sunday, Azizul joined us for the mangrove river cruise down Sungai Cherating.

The mangroves in Cherating pale in comparison to what Langkawi has to offer but it was a lovely motorboat ride with the gentle wind caressing our faces in the morning.

We came across a local looking for lokang and mud crabs in the swamp, and stopped to take photos of what he had in his basket.

After two hours in swamp land, we went to the Cherating Turtle Sanctuary, nearby Club Med Cherating for a glimpse of a variety of turtles – Leatherback Turtle, Green Turtle, Hawksbill Turtle and Olive Ridley Turtle — living in this space.

The Cherating Turtle Sanctuary, initially a turtle hatchery was established by the Department of Fisheries in 1972 to protect endangered turtles when they landed on shore to lay eggs.

This full-fledged centre, built on a 0.33ha site, makes turtle protection work more systematic so turtle eggs can be nurtured and hatched in a protected environment.

It was recently reported that the Pahang government’s Visit Pahang Year 2017 campaign had seen an increase in domestic and foreign tourists compared to last year. Wan Rozilawati watching my friend, Aida Ahmad, as she tries her hand at batik colouring.

State Tourism and Culture Committee chairman Datuk Seri Mohd Sharkar Shamsudin in a StarMetro report said that the campaign had seen an increase of 21.8% in the number of visitors to Pahang.

Before heading off to the capital city, we made a pitstop at Kampung Budaya Cherating Lama to try our hands at batik painting, which requires several hours of one’s time.

My friends and I decided that the next time round, we would allocate half a day to concentrate on designing a T-shirt as Salmiah Batik proprietor Wan Rozilawati Wan Noh explained the art of batik that she teaches which included colouring, canting and tie-and-dye.

With all that done and our appetities satiated with food of the east coast, we bid adieu to our unforgettable Cherating experience.