For the love of teaching Ajar-Ajar Malaysia aims to provide a two-way learning opportunity for children and their teachers or mentors.

IMAGINE the torment of having a lot to say but not being able to say them properly.

For Teo Zheng Wei, uttering a simple sentence such as “how are you?” is difficult because of his stuttering.

Fortunately, after years of barely coping, Teo found a solution to alleviate his problem and, at the same time, lend a hand to a child in need.

He started volunteering for “Ajar-Ajar Malaysia”, a free tuition programme for underprivileged schoolchildren founded about 10 years ago. “I joined the Ajar-ajar chapter in Penang when I first started university in 2012 and it was frightening at the time,” he said.

It also turned out to be one of his best decisions as he slowly learned to overcome his fear of speaking.

As the progamme uses a one-on-one coaching system, it became a learning process for Teo and his student.

“My first student was very quiet and it forced me to overcome my own insecurities and engage him in conversation.

“Otherwise, he would not be able to learn anything and we would both lose out,” he said.

After graduating with a Bachelor of Applied Sciences (Mathematics and Economics), the 26-year-old is now a full-time volunteer and the project manager at Ajar-Ajar’s Bandar Sungai Long Selangor chapter.

Ajar-Ajar co-founder Lai Peng Keong said the volunteer-based programme aimed at providing a two-way learning opportunity for children and their teachers or mentors. Lai says some of the children struggle academically and emotionally.


“The first word in ‘Ajar-ajar’ stands for teaching (mengajar) while the second word, ‘ajar’, stands for learning (belajar).

“This highlights the objective of the programme, whereby the volunteers teach while the students learn,” he explained.

Lai said the programme encouraged a stronger relationship between teacher and student.

“Most of the time, the children struggle academically and emotionally.

“So the volunteers are not just teachers; they are more like friends or even siblings,” Lai said, adding that they even offered counselling to the children.

Although the tuition programme started a decade ago under the banner of the Collegiate Association for the Research of Principles, the organisation was officially registered with the Registrar of Societies in November last year. 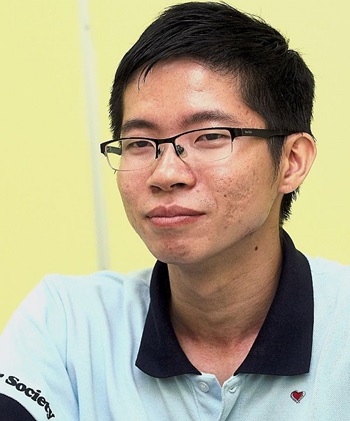 
The programme is targeted at underprivileged children while volunteers are recruited from universities.

Lai said Ajar-ajar would train volunteers to coach and lead prior to engaging them in the programme.

“By teaching the underprivileged children, the volunteers are able to learn the various ways of dealing with different personalities, be more patient and practise giving without expecting anything in return,” he said.

To help new volunteers assimilate into the teaching environment, Lai said they were required to take part in a two-day workshop.

The frequency of classes could vary for the different chapters, with some holding classes once a week, and others twice.

“We also expect the volunteers to be able to commit to at least 80% of the attendance rate. The syllabus varies from child to child as they all have different needs,” Lai said.

Ajar-Ajar Malaysia currently has four centres in the Klang Valley and seven centres in other states, including Penang, Perak and Johor.

The organisation has about 400 volunteer teachers and students.

He said they needed at least RM30,000 a month to operate in the Klang Valley alone.

“We have been lucky in some ways as there are kind people who let us use their centres free of charge. Other times, we use a volunteer’s home to conduct the classes,” he said.