This scenic spot in Kampung Bagan Jalan Pantai is the backdrop for one of the scenes in the drama ‘Shun Feng Yu‘ (inset) shot in the new village earlier this year.

THE Kampung Bagan Jalan Pantai bridge in Kuala Kurau, Kerian in Perak is now a popular tourist spot after it appeared in a drama with a Malaysian and South Korean cast.

The image of South Korean actor Kim Ho-Won and local actress Chen Xin Yu, standing in a romantic pose with the bridge as the backdrop, has benefited villagers as many tourists are now stopping to take photos of themselves at the bridge in the little fishing village.

The actors were among the cast of a romantic comedy ShunPong O (or Shen Feng Yu based on the Chinese name of the film).

This is a favourite spot by the river among the villagers and tourists as it commands a panoramic view of Kampung Bagan Jalan Pantai.

The almost two-century-old village shot to fame overnight when the drama was shot there for about a month after Chinese New Year this year.

Kampung Bagan Jalan Pantai chief Tan Boo Nam said villagers were very proud and excited that their village was chosen as one of the locations, adding that the rest of the shooting had included places in South Korea and Vietnam.

“We are now looking forward to watching the drama which is scheduled to be aired next Chinese New Year,” a visibly proud Boo Nam told StarMetro.

He said there was an increase in tourist arrivals since the film was shot.

Villager Teoh Kim Kooi, who has kept newspaper cuttings of the filming at the bridge, said the village’s beautiful landscape was the reason why it was chosen as a film location.
Article type: metered
User access status: 3
Join our Telegram channel to get our Evening Alerts and breaking news highlights 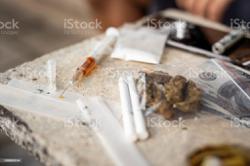 With great pets, come great responsibility Premium
The slithery issue of pet snakes Premium
As wheat prices soar, Japanese food industry pushes for rice flour Premium
Our food should not cost the earth Premium
Are Biden and the Democrats in danger of losing young voters? Premium
Past imperfect Premium
This is not a moment, it’s a movement Premium
Peace through dialogue Premium
Editorial: Material hardship triggers avalanche of opposition Premium
Putin’s Victory Day speech shows how Russia can be defeated – and how Ukraine can win Premium