Opening day at Fort Alice Museum in Sri Aman, about 200km from Kuching. The fort was restored at RM5mil over about 30 months.

For a small town in rural Sarawak, Sri Aman, which means peace in Malay, certainly has a lot of history. Until 1980, Sri Aman was Simanggang.

Lots of people of the older generation still call it by its former name.

Simanggang did not become known as Sri Aman until 1973 when the “Peace Declaration” was signed between the Sarawak Government and North Kalimantan Communist Party.

It was here at this riverine town that the end of communism in Sarawak began.

But modern Sri Aman is not actually that well-known for this significant portion of our history.

Instead Sri Aman is better known to most Sarawakians as the place where tidal bores occur.

There is an annual “Pesta Benak” when tens of thousands of people descend upon the banks of Batang Lupar to witness all sorts of water sports.

Before I move on, for the uninitiated, a tidal bore happens when the tide rises.

Seawater gushes into the river so rapidly that it creates a series of waves traveling inland.

At Sri Aman, the wave crests are as tall as two to three metres high.

Sri Aman is only one of approximately 400 rivers and estuaries in the world where this phenomenon can happen.

During the festival, it is a quite a sight to see Dayak longboats riding the waves.

Of course, surfers the world over come to participate too.

Usually on opening day of the festival, there would be helicopters flying overhead with videos crews, photographers and VIPs taking in the natural phenomenon.

At times like this when the Pesta Benak is at its peak, there is an atmosphere of a movie set in place.

A tidal bore is a rare phenomenon. Only six rivers in Asia are known to exhibit the character. In Malaysia, it only occurs at Batang Lupar in Sri Aman, about 200km from Kuching. — Photo courtesy of Sri Aman Resident Office.

One could easily see an action scene involving the surging waves, speed boats and surfers set against a score of thumping drum beats just as helicopters criss cross at low altitude.

It was British author William Somerset Maugham who first documented the tidal bore at Batang Lupar in 1949.

Based on his own near drowning experience, he wrote the short story The Yellow Streak about Simanggang and its tsunami-like river.

In the 2000s, when the state government decided to better financially support the festival, it roped in award-winning architect Mike Boon to design a viewing deck.

On paper, Boon drew a cyclone like whirl, a platform for people to stand on that was also its own ramp.

The elegant structure, which also doubles as the town’s main park, went on to win the Arcasia Awards for Architecture in 2013, having already taken a Malaysian Institute of Architects gong in 2010.

In 2015, Boon also completed the restoration of Fort Alice -- one of 14 tropical forts the White Rajahs built in a century that are still standing -- and is now a museum.

The fort, built more than 150 years ago, was the first to be properly restored.

The trail of forts that line the state, mark the expansion of the Brooke dynasty as it moved north and eastwards.

The ones nearer to Kuching like Sri Aman’s tend to be older.

“This structure is not important just in terms of its classic belian architecture, but more crucially, it tells the story of this township and its surrounding development.

“The local storyline begins at Fort Alice and continues to revolve around it,” Boon said.

The table setting within the living quarters inside the newly restored Fort Alice Museum. The cutlery and bowls are based on broken pieces from Museum Department archive.

First built upriver at Skrang in 1849, the defence structure, which was relocated in 1864, was the site of fierce river battles waged between the legendary Iban warrior Rentap and the second Brooke.

Rental believed himself to be fighting against foreign oppressors, just as the ambitious Brooke believed in quashing rebellion and expanding Sarawak’s territory.

When Chief Minister Tan Sri Adenan Satem opened the museum last year, he announced funds to research and restore the other forts.

“We must not leave them as relics.

“We ought to convert them into working museums to remind this generation what it used to be like.

“It is the least we can do for our cultural, historical heritage,” Adenan said.

Whether most Sarawakians, and Malaysians too, realise it or not, but Sri Aman is genuinely one of the most fascinating places to visit.

Its history includes not just native warriors that are literally the stuff of legends, but its geography was thrilling enough to inspire visiting authors.

Moreover, Sri Aman, even just in its name, is significant.

Surely, the talk of this town can only ever be interesting (and we haven’t even talked about the gold mine yet). 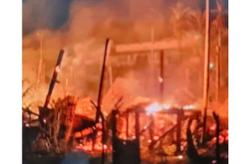 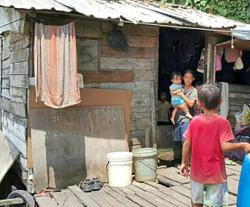