1 Poon (right) is remembered for his quicksilver sprint and dead-stop trapping as a striker.2 Poon can still hold his own in veteran hockey matches. He is seen here in a match against Hong Kong in last year’s Asia Cup.

To the present generation, he may seem like another historical sports figure.

But for those who remember Datuk Poon Fook Loke will recall a towering sports hero who together with his teammates brought a nation to its feet in the 1975 World Cup in Kuala Lumpur.

The mop-haired striker with the quicksilver sprint and dead-stop trapping, has long since moved out of the spotlight, though he still maintains a presence in veterans’ hockey.

Poon made his debut in the national team in 1970 in an international test series with Singapore held at the TPCA Stadium.

“It was a tremendous and invaluable experience because Malaysia drew one (1-1) and won one (3-1) and I scored in both the games,” he related.

Only 19 then, Poon was the “baby” of the team soaking up the experience and mentorship from seniors such as Harnahal Singh, Yang Siow Meng, Mahendran, A. Francis and Sri Shanmuganathan.

Poon (right) is remembered for his quicksilver sprint and dead-stop trapping as a striker.

After that great career bully-off, he learnt the ropes quickly and was soon accepted as “one of the boys.”

He remembers the 1974 Asian Games in Teheran, Iran, when Malaysia took its place in the upper crust of Asian hockey.

“It was a great moment because Malaysia finally beat Japan, 3-1, to win the bronze medal after a lapse of 12 years,” he recalled.

He penned his name in the history books by scoring two of the goals and was named into the Asian All-Stars team that faced Europe in Brussels, Belgium.

The Asian team later went on a playing tour of India and Pakistan.

It cannot be denied that the World Cup held more than three decades ago, holds a special place in Poon’s psyche.

It harks back to the hockey match against Holland held at the Kilat ground in Pantai when Malaysia faced the World Cup defending champions with the odds heavily stacked in favour of the Dutch masters.

Poon can still hold his own in veteran hockey matches. He is seen here in a match against Hong Kong in last year’s Asia Cup.

Against all expectations, Malaysia pulled off a heroic win, winning 2-1 with the decisive goal coming just before the final whistle.

“It was truly team effort and it was not surprising that the Dutch coach commented that ‘Malaysia played like a team possessed’.

“It was so dramatic because the winning goal from our captain, Sri Shan, was scored in the 69th minute.

“The game was over just after the bully-off and with that, we qualified for the semi-finals,” Poon recounted.

The famous victory coincided with the 53rd birthday of the late Tun Abdul Razak, Malaysia’s then Prime Minister who was reported as saying it was the best birthday present he had received from the hockey boys.

Poon penned his name in the history books by scoring two of the goals in the Malaysia-Japan match in the 1974 Asian Games in Teheran.

With virtually the whole nation behind them, the national team went into a packed Merdeka Stadium for the do-or-die semi-finals with India.

“Without doubt, the semi-final match with India was the climax of the 1975 World Cup for the entire national team,” said Poon.

“I scored the first goal to put Malaysia ahead but the powerful and skilful Indians equalised. Then Sri Shan converted a penalty corner goal to put us in the lead again.

“With five minutes remaining, India managed to secure a penalty corner and scored. The match went into extra time and the rest is history when we finally lost 2-3,” he said.

Malaysia finished fourth in the World Cup, the highest position it has occupied in the storied tournament.

There was still a little tale attached to Poon’s goal.

“Many were not aware that the Indian goalkeeper, Fernandez, was also a member of the Asian All-Star Team 1974 that went on a playing tour to Pakistan and India.

“From there, I knew Fernandez had a weak right foot.

“So when I was in India’s D facing their last man, the six-foot Surjit (another Asian All Star), I knew it would be difficult to beat him and so I threw the ball to Fernandez’s right foot, knowing he would never take a first-timer kick and sure enough, he stopped the ball and I was there to pick up the rebound and scored.

“It was an instantaneous and strategic decision.”

Poon continued in the 1980s to remain in the upper echelons of international hockey.

“The next memorable achievement was when I was selected for the World XI to play the World Cup champions, Pakistan, in Lahore immediately after the Bombay World Cup in 1982.

“A few months later in June 1982, I was invited again to play for the Europe XI at The Hague, Holland.”

In describing his style of play he said: “In football, my idol was Gerd Muller. He is of small stature but technically sharp and nippy in front of the goal; I guess we have the same instinct to read where the ball will come from and we are always a second ahead of our opponent.

“My 20 to 30m sprint is quick and my basic skill in trapping the ball dead have been my strengths,” Poon said in a moment of self-reflection.

Today, Poon, 65, is retired from RHB Bank and as a committee member of the Sultan Ahmad Shah Veteran Hockey Association, he is busy preparing Malaysia’s age-group teams in their 40s, 50s and 60s for the Grand Masters World Cup in Australia – first in Canberra in April and then Newcastle in May 2016.

Sport , Central Region , where are they now column - sports - hockey 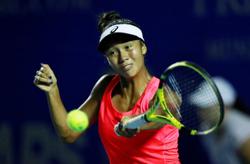 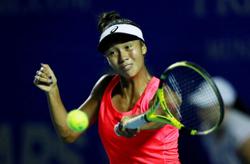 Brain over brawn as Canadian Fernandez plots path to top 10 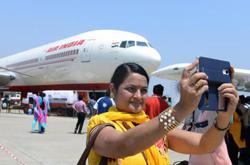