Tan said that when she first started out almost three decades ago contractors were reluctant to take instructions from her.

She has been one of the forces behind the shaping of Malaysia’s skyline, while her heart remains rooted in continuing to inspire others. As former president of the Malaysian Institute of Architects (PAM), Datuk Tan Pei Ing says she still has her work cut out for her.

Recently conferred the title of Datuk, Tan has been one of the driving forces of the country’s architecture scene.

As the first female head of PAM in 90 years since its inception in 2001 – and the proprietor of her own architecture design firm – Tan said it has not been an easy journey.

“It was not easy breaking into this business, especially when I first started out almost three decades ago.

“Back then, the contractors were hesitant to deal with a woman and they used to bully me.

“They were reluctant to take instructions from me and there were a lot of prejudices against me because of my gender.

“But over the years, I managed to earn their trust,” the 56-year-old said.

However, Tan acknowledged there was still some ways to go to achieving gender equality within the industry.

Tan is not afraid to get her hands dirty as she inspects work sites.

“Currently, I am in an international organisation under Professional Practice Commission where we are looking at gender equity in architecture.

“While there has been an increase in the number of females who take up architecture, the number of women who are active practitioners is significantly lower than their male counterparts,” Tan said.

While the initial involvement is quite high, over the years the number has dwindled, she added.

“We need to examine why that is the case. Is it because the building industry does not encourage a suitable environment or the lack of support system for female architects?

“We are looking at addressing these issues to encourage more women to be more actively involved in the building industry,” she said.

In the regional scene, Tan has also scored a coup – she was elected the first woman president of the Architects Regional Council Asia (ARCAsia) for the 2012-2013 term.

ARCAsia is an amalgamation of 18 architect associations in Asia including China, Japan, South Korea, India, Indonesia, Singapore and Malaysia.

Adding to her many accolades, Tan has completed a wide range of projects including the IOI Mall, IOI Business Park, the Marriot Hotel in Putrajaya – for which her firm won the 2004 FIABCI Award under the hotel category – clubhouses, service apartments, shops, office buildings, industrial buildings and the jewel in her cap, the newly launched IOI City Mall in Putrajaya.

From her firm of two staff members, Tan’s practice, PI Architect, has evolved into a 30-member team.

As if not busy enough, in 2012, Tan started through PAM a Malaysian Chapter on Architecture for Humanity, a volunteer non-profit organisation set up to promote architecture and design to seek solutions to global social and humanitarian crisis.

“We initiated a project to build an orphanage in Klang where the land was donated by a developer.

“Unfortunately we have not been able to get approval for the structure,” she said.

Having lived and grown up in the small town of Kajang, Tan said her frequent trips to Kuala Lumpur made her realise how architecture could change the environment and wanted to be part of the process.

“I was drawn to the profession because it is a creative vocation that can also shape the environment and impact how we live.

“Initially, I wanted to be a doctor so that I could help people.

“But, I realised I am an emotional person and would get too attached,” she said with a laugh.

Tan said that although her parents initially disapproved of her profession, they later turned out to be her biggest supporters.

“They strongly objected because it was a very male-dominated industry and the course at the time would have taken six years to complete.

“But, I convinced them and in the end, they supported me,” she explained.

With four other siblings in various professions, she said her parents did not impose their dreams onto their children, but allowed them to follow their passion.

Tan said she has followed this principle with her two children as well, by allowing them to decide on their future ambitions and careers.

“Integrity and professionalism are key in excelling in any career or industry.

“One has to also be committed and believe in what you’re doing.

“In voluntary work especially, you must go in without any personal agenda because what we do will shape the industry and profession,” she said.

“You can also just warm the seat and do nothing when taking up the profession but at the end of the day, people will judge you by your legacy.

“It is important to me to be recognised for work well done than someone who has become president for three years without anything to show,” she added. 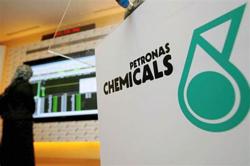 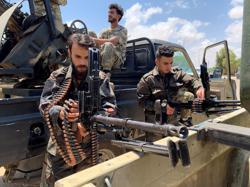