Esha Transport transportation supervisor Pandian Sundaresan, 39, set up an old folks home and orphanage on his own to help the poor that are difficult

“My late mother, Kalyani Sundaresan used to say that I should continue helping those who are in financial difficulty and do not have a place to live,” he said, adding that she passed away a month ago at the age of 70.

“I am not doing this for myself but for my mother.

“I am not concerned about myself but for the children and the elderly folk here.

“Growing up poor in Meru, I feel lucky to have a decent job that can sustain me. But I cannot bear to see children being left by parents and having no food or place to live,” he explained.

Pandian chose the house in Setia Indah as the previous houseowner in Meru refused to let him continue renting the house.

He found a corner-lot house in Setia Alam for a rental of RM1,600.

“At this house, the children are given an education, food, a roof over their heads and chores to do in the compound,’’ he said.

He explained that his income, which included some additional money earned as a security guard, helped to provide for the children and old folks at the home.

“The total monthly expenses is RM3,200 and sometimes, I would get help from friends to ease the burden.

“There have been some difficult times but the home has managed to pull through each month,” he said, adding that he did not mind forgoing expensive meals and branded clothes just so the children and old folks could have three decent meals a day.

“This is just a small sacrifice for me as the joy of seeing these kids fed, clothed and getting a good education is something money can’t buy,’’ he added. 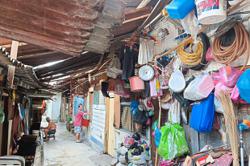 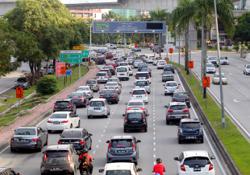