The swanky heart of the city

JALAN Sultan Ismail is one area where visitors can experience the glitz and glamour of Kuala Lumpur.

Cars and people have to battle for space too, especially with the ongoing construction of the MRT with the ensuing road diversions not easy to stomach.

While malls are aplenty now, pioneer Sungei Wang Plaza which opened its doors in 1977 is still standing tall despite fierce competition from newer malls and the MRT construction that has reduced the number of shoppers.

The area is most alluring when it is basked in neon lights at night, especially in recent years with artists and performers taking to the streets to inject some art into this highly commercial area.

While it is “D-place” for youths, the older generation has fond memories of the area too, especially the BB amusement park and nearby fashionable set-ups where artistes like Teresa Teng used to perform. The facade of Sungei Wang Plaza in 1978.

“A host of Hong Kong artistes performed here, too, and we would bring our own chairs to watch the shows,” said Yong Boo Ying, 65.

“Before Sungei Wang Plaza was built, the site was filled with wooden houses while two-storey shophouses lined the road.”

In the olden days, the road was named after Sir William Hood Treacher (1849-1919), who was the second Resident-General of the Federated Malay States.

Today, the road pays tribute to the Yang di-Pertuan Agong who loved his subjects, which is evident in the photographs which showed how deeply he admired the sights and sounds.

It is part of the Kuala Lumpur Inner Ring Road, and also one of the four avenues named after a Yang di-Pertuan Agong, the rest being Jalan Tuanku Abdul Rahman, Jalan Sultan Hishamuddin and Jalan Syed Putra. 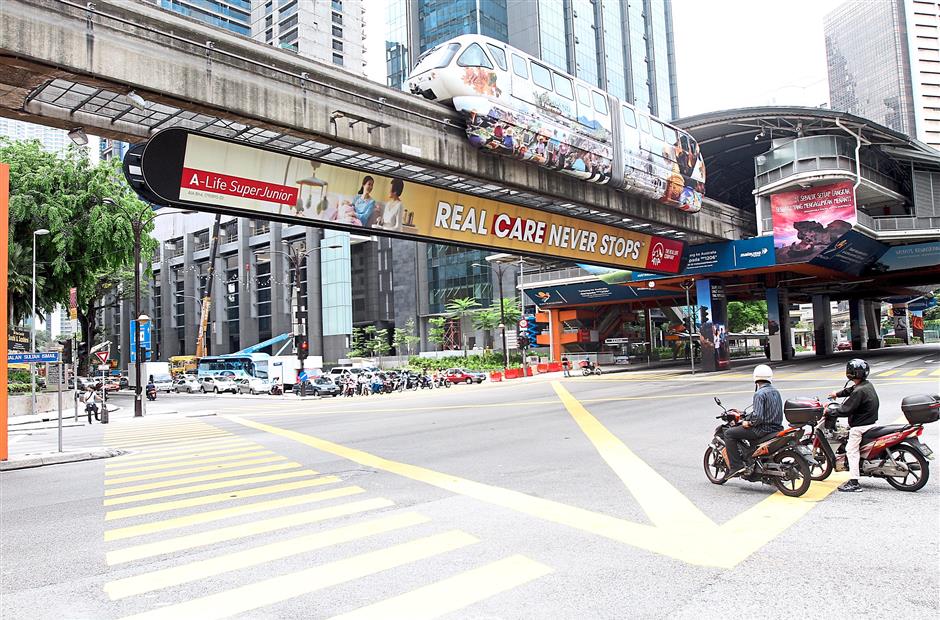 The Monorail running through Jalan Sultan Ismail while the MRT is being constructed.

During his term as the king, Sultan Ismail signed the Emergency Orders following the May 13 riots in 1969 and launched the Rukunnegara in 1970.

His term also saw the end of Konfrontasi (Confrontation) with Indonesia in 1966 and hostilities with the Philippines around 1968.

He also received many foreign heads of state, among them King Faisal of Saudi Arabia, that led to the formation of an Islamic Secretariat, which is now the Organisation of Islamic Cooperation.

He was an avid and outstanding photographer and his works showed his respect for ordinary folk, thirst for perfection and humility to see beauty in the most ordinary of things.

Sultan Ismail is acknowledged as the pioneer of modern Malaysian photography but unfortunately his contribution in the field is not as widely known as it should as there are few written records.

Pioneering Malaysian Photography, a book penned by his grandson Raja Mohd Zainol Ihsan Shah, sheds more light on this. Excerpts from the book are also available on www.sultanismailphotographs.com, which is managed by Raja Ihsan. 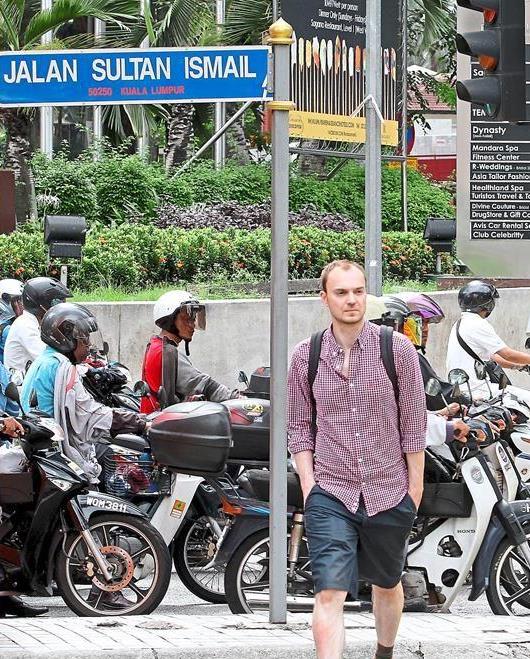 Jalan Sultan Ismail is a must-visit place for tourists.

He was the first Malay photographer to be an Associate of the Royal Photographic Society (United Kingdom) in 1958. In 1965 he was awarded the EFIAP (Excellence, Federation Internationale de l’Art Photographique) Switzerland.

“His discipline in personal, family and state matters; his sacrifices in the office of Head of State that he assumed; his integrity as a man of his word and his compassion for the people of Terengganu were what made me respect him so much,” said Raja Ihsan.

He said the main values that the sultan imparted were integrity and principles. “And that Allah is always watching,”

Raja Ishan said the compassionate ruler carried on as Agong at the insistence of Tunku Abdul Rahman despite his failing health. He also persuaded the Tunku not to resign after the May 13 events. (Ref: Looking Back - Tunku Abdul Rahman)

Raja Ihsan has fond memories of travelling with him on his state visits as the king in April and May 1969.

“I visited places that would not have been accessible to anyone else and met with the Heads of State – the Shahanshah of Iran and the Shahbanu; the President of the Federal Republic of Germany (West Germany then) Heinrich Lubke and Madam Wilhelmina Lubke; and President Park Chung Hee and Madam Park of South Korea.

On a lighter note, Raja Ihsan also treasured moments spent with Sultan Ismail while he immersed himself in photo-taking and printing them in his darkroom. Boat trips to the islands of Redang, Bidong and Kapas were sweet memories, too.

“When he went without me I would worry about his safety, especially when he was at sea,” he added.

Racial harmony was, to the sultan, the most prized asset of the country, therefore he was deeply saddened by the racial riots. This was expressed in his birthday speech as king, given on June 5, 1969.

“He had kept silent on his feelings of the tragic events to his family and closest aides. Then he let them loose in his speech. It was compelling,” Raja Ihsan said.

In the speech, the king reminded that when independence was sought, “it was agreed between all the races and the rulers that all must work together and make this new nation a home for all of us and for all time.”

He said the riots were “one of the saddest and most tragic things” in his life. “We have made every effort to build racial unity out of diversity, and we thought we had achieved success – when all of a sudden this thing had to happen to mar our unity and our good name for many, many years.

“Let us teach our young in schools and universities to try to live in peace with one another, as otherwise the nation we have formed will just break into pieces.

“I pray to Allah that He will give our people enlightenment and understanding so that in the future we will work together in peace and in harmony.”

End of the road after exhilarating discoveries