Jinjang grows out of bad reputation

THE mention of Jinjang New Village in Kuala Lumpur used to send chills down one’s spine.

It was learned that the area was known as the den of triad heads in the 1960s and even taxi drivers would refuse to send anyone there.

“Of course, it is a thing of the past now,” said Yee Poh Ping, who was born in Jinjang and is well-known among the people there for his decades of community service in neighbouring Kepong, where he now resides.

Despite seeing many gang fights in his growing-up years in Jinjang, and with the feared Botak Chin being active in the area, he reckoned his hometown was not that frightening. Phasing out: The original wooden houses are no longer common in Kampung Baru Jinjang.

After all, he was a happy boy who had fun romping around the streets, mining ponds and thick bushes without getting dragged into gangsterism.

He said Jinjang earned the bad name because most residents were labourers who toiled in small home-based industries such as welding, baking and agricultural activities, hence were not very cultured.

There was also a small industrial zone of about 20 units in the 1960s, but these businesses were later forced to move to Sungai Buloh and Rawang in the process of urbanisation.

Consisting of Jinjang North and South split by Jalan Kepong, there are as many as 9,999 lots on both sides when the new village was formed by the British during the mid-1950s to segregate the people from insurgents of the Malayan Communist Party, during the Malayan Emergency. Crowd-pullers: The Nine Emperor Gods’ Temple is one of the many Chinese temples in the village.

Not only do all these lots still stand, the lease was extended for 99 years in 1997.

But now, the original wooden houses are a rare find in the area as posh two- and three-storey structures have taken over.

The roads’ English names — which indicated landmarks such as fence, market, river among others — were all renamed in 2008.

However, no-frills eateries on the porch of many houses have helped preserve a bit of the kampung character. Bicycle is still the mode of transport preferred by many residents on the narrow streets. 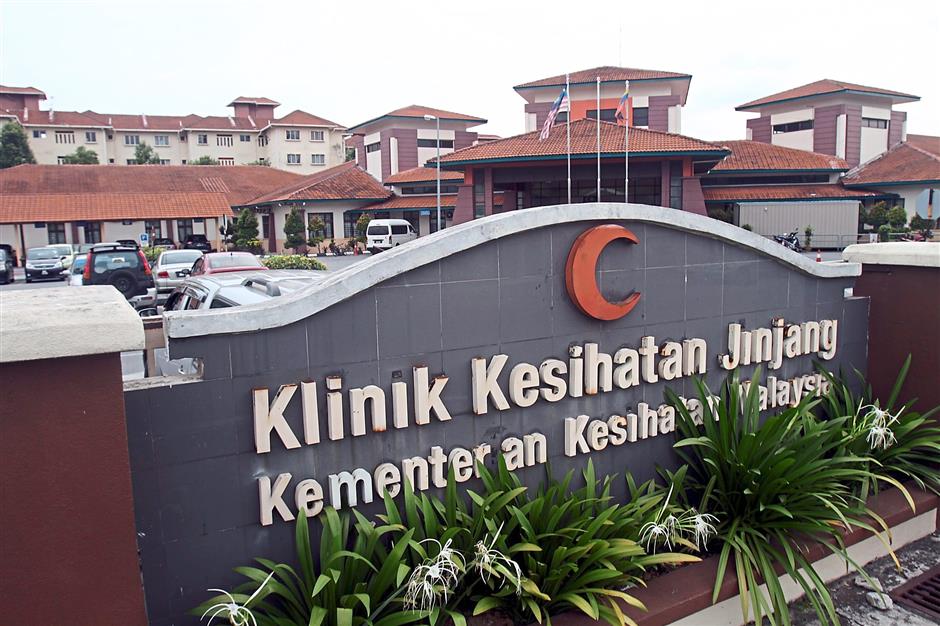 Health needs provided: The public clinic in Jinjang is said to be the largest in Kuala Lumpur.

A large part of the new village is also enveloped in the aroma of sesame oil wafting from a decades-old factory.

The wet markets, temples, schools, various amenities and a huge funeral parlour complete with a hall are among the pride of the new villages’ residents.

“The original settlers were not rich, but they valued education highly, and most of their money went towards their children’s education so that they could build their own career. This is also why gangsterism had slowly phased out from Jinjang,” Yee said.

With its proximity to the town centre, the new village sits on prime land but most residents have chosen not to sell their plots. Bye-bye soon: The longhouse near Kampung Baru Jinjang Utara, most of which are in deplorable condition, will soon be a thing of the past after a 20-year wait.

“Although many among the second generation have moved out, the family will always keep the property, simply because you can hardly find a house this spacious in Kuala Lumpur anymore,” he said.

Several developments are taking place on the fringe of the new villages.

New townships will soon be up in Jinjang Selatan Tambahan, as well as on the longhouse settlement in Jinjang Utara, where 2,000 families have waited for more than 20 years for the government to relocate them to low-cost flat units.

A. Nagappan, 70, was spotted reading a Tamil newspaper in front of an old barber shop, located next to a myriad of businesses that make the new village a self sufficient area.

“I’ve been running my barber business at this rented shop since my family moved here in 1982,” he said with pride and contentment.