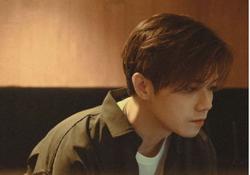 Evergreen: Kathy says she is particularly proud of ‘Kurnia Baiduri’. She wrote the lyrics of the song, which is about being a single mother.

EVERGREEN singer Datuk Kathy (Khadijah) Ibrahim still has something to say and she wants to do it through new music.

Veteran producer Ahmad Nawab, whom she worked with at the peak of her career, produced it in the 70s style with “lots of real musicians”.

“Whenever there’s a compilation of my evergreens, it still sells out. So I thought I should work with the producer who worked on my evergreens and bring back that type of sound,” said the singer, who first got interested in singing after transcribing the lyrics for her elder sister Sofia, who was a singer, back in the 1970s.

“The songs are ready and there is a version of P.Ramlee’s Getaran Jiwa that I normally sing live. People tell me it really touches their hearts,” she said.

Kathy, who has 20 albums to her credit, explains the rationale for recording a new five-song EP in her mid-50s, her first set of new songs since the release of Terbang Pulang produced by M. Nasir in 2002.

“I don’t understand people who want to put something new out just for the sake of being in the industry.

“I have songs that I’m proud of and want people to hear,” said the singer who won the Lifetime Achievement Award at the Anugerah Bintang Popular in 2009.

One song that Kathy is particularly proud of is Kurnia Baiduri.

“I wrote the lyrics; it’s about being a single mother, which takes a lot of strength,” said Kathy.

Kathy, born in Singapore but raised in Kuala Lumpur, is a single mother.

She is planning three big live shows in January at a venue that has yet to be determined. The proceeds of the shows will go to an orphanage.

“Charity is something I feel strongly about. I need to give back as I’ve been very fortunate,” she said.

Her last big show was when she co-headlined with Ahmad and Jamal Abdillah at the Konsert Gemilang Tour in 2012 at Kuala Lumpur Convention Centre; Dewan Jubli Perak, Kuantan; and Max Pavilion in Singapore.

But fans won’t have to wait that long to see her live as she will be doing a more intimate show at her Khadijah’s Kitchen restaurant in Setapak, on May 16.

“I will sing all my classic songs,” she said.

Her three-decade career began in Aida’s Coffee House at the Wisma Angkasa Raya building back then, in Ampang, opposite Ming Court hotel, when she was only 15. She soon signed a recording contract and her singing career blossomed.

Both her parents died when she was only 20. She was recording an album then and expressing herself through music was the thing that kept her going.

Even when she was studying interior design and running a Malaysian restaurant in Christchurch, New Zealand from 1989 to 2011, she kept flying back to Kuala Lumpur every week to sing at corporate shows.

Today, besides her singing career, she is busy expanding her restaurant business.

Khadijah’s Kitchen has branches in Petaling Jata, Setapak and Shah Alam. There are also plans to branch out to Cyberjaya and Mid Valley in Kuala Lumpur and even out of state.

There will be new branches in Malacca, Alor Setar, Ipoh, Johor Baru and Muar, within the next few months.

That’s not all. “We plan to open one in Sydney,” she said.

Kathy got into the restaurant business because she loved to watch her mother cook when she was young.

Kathy believes in eating healthy, which to her means eating only once a day.

“I want to live to be a hundred,” she smiled.