Rundown sentinels of roads’ colonial past

JALAN Belfield would be the perfect place if you were a filmmaker scouting for a location as the setting for a scary movie.

Despite its strategic location, the area looks haunted no thanks to the presence of many rundown bungalows that are, ironically, government quarters.

The area is still very green with not just old trees but also thick bushes, leaving one to muse about why little development has crept in here.

Jalan Belfield is also unusual in that it consists of several small roads and narrow curves, complete with a Lengkok (crescent) Belfield and a Lorong (lane) Belfield. Breeding social ills: This house covered by bushes in Jalan Belfield is occupied by drug addicts.


There are only a handful of buildings here that are not houses for civil servants, among them the Kuala Lumpur and Selangor Chinese Assembly Hall that faces Jalan Maharajalela, SJK (C) Kuen Cheng 1 and the Malaysian Red Crescent Society headquarters.

“No one wants to live in these old government bungalows anymore, they are made of wood!” said a civil servant who wished to remain anonymous.

“People in the film industry often make use of the half-wood, half-brick bungalows as they are the best backdrop for horror movies,” he added.

The wooden bungalows – which would have been beautiful historical structures with their unique features – evoke a feeling of sorrow. Even the “newer” houses are showing signs of disrepair such as gaping roofs, blackened walls and shrubs growing out of window sills.

“There’s nothing special here in Jalan Belfield. It is so much more interesting over the other side in Jalan Bellamy where you can find plenty of nice food and government buildings,” he said.

He is among the staff from various ministries living in the few blocks of flats (which are not exactly well maintained either) on Belfield street. Sorry state: One of the many government bungalows in Jalan Belfield, broken and unattended.


Jalan Belfield is linked to Jalan Hose while although Jalan Bellamy is nearby, accessing it involves several tricky turns through busy traffic.

Jalan Hose and Jalan Bellamy are home to mainly public and NGO institutions, complete with parks and eateries. All these streets are named after British colonial administrators.

Architect Teoh Chee Keong, who has done extensive research on the development of Kuala Lumpur, found out from an old map that the two roads had existed way back in the 1920s.

Teoh is also the author of The Disappearing Kuala Lumpur and is working on another book tracing the development of the country’s capital city, through old maps.

Sir Henry Conway Belfield (1855–1923) was the British Resident of Negri Sembilan and Selangor before he was posted to Kenya. He served British Malaya for 28 years.

Belfield attended Rugby School in Warwickshire and Oriel College, Oxford. He was a qualified barrister in 1880 and practised law in England until 1884. 
Another notable fact about Belfield is that his wife was the sister of brick manufacturer Heslob Hill who owned the kiln in Pudu, which was at the top of the industry then before Brickfields became the hub of brick production. This is yet another example showing the close relations among the British in Malaya.

Charles Hose (1863-1929), on the other hand, was not just a government official. He was also a zoologist and ethnologist. His contributions in zoology had also led to the naming of several species after him.

He was offered an administrative cadetship in Sarawak by the second Rajah, Sir Charles Brooke, which he took up in 1884.

As for H.F. Bellamy, he was involved in the Sultan Abdul Samad building project as Public Works Department director.

Teoh pointed out that these three roads formed what was formerly a prestigious housing area for British officials, perched on a small hill called Bukit Petaling. British’s shadows: Jalan Belfield is named after Henry Conway Belfield, who was the British Resident for Negri Sembilan, Selangor and Perak at different time.


This area is also referred to as Kampung Attap, making Teoh believe that it was a Malay settlement before the British lived here.

“The villagers would move elsewhere when a certain place had developed into a busy area. That was why the British formed Kampung Baru to prevent them from dispersing further away from the city,” he said. 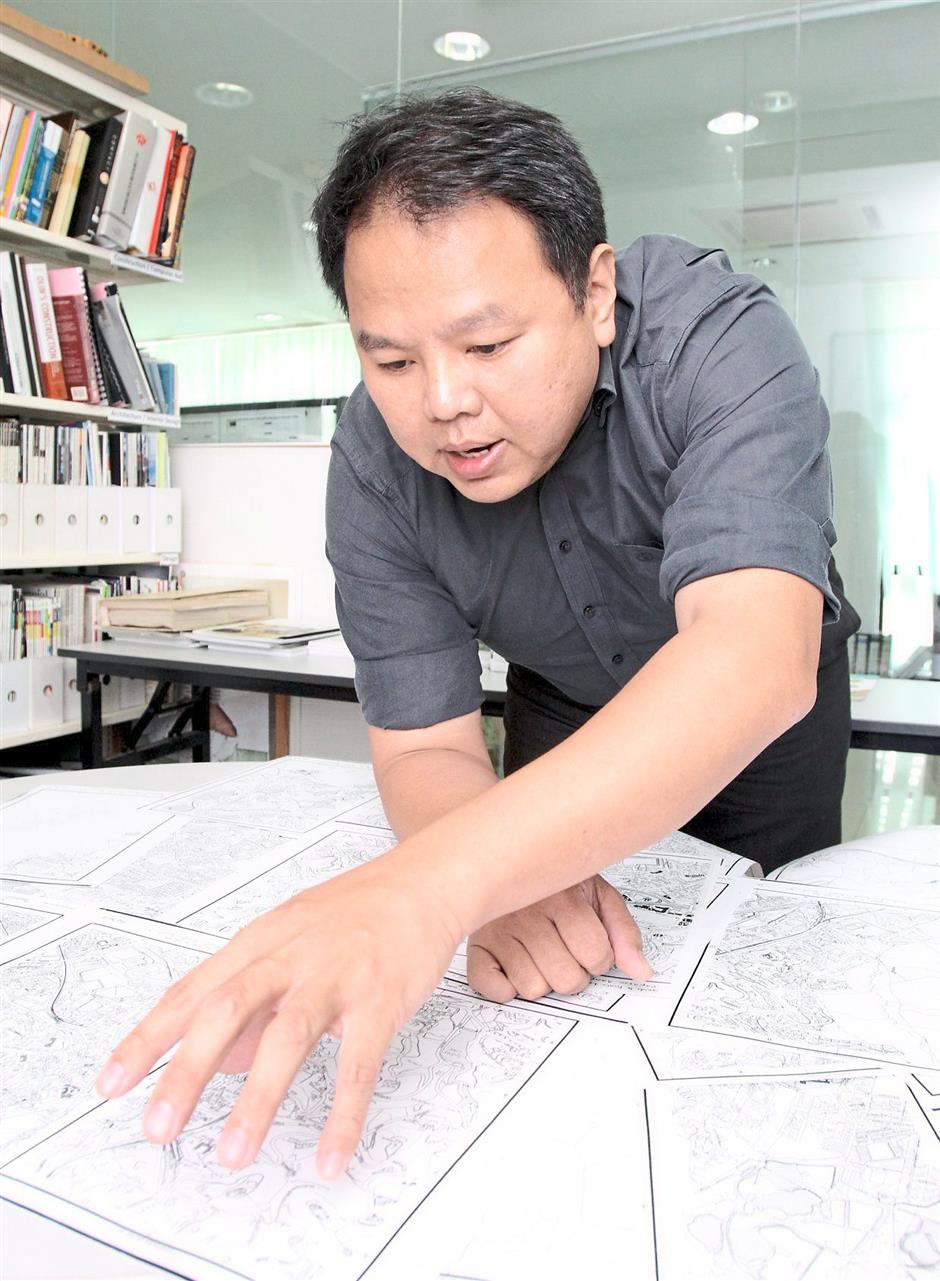 Interesting: Teoh showing the location and surroundings of Jalan Belfield on a map of Kuala Lumpur made in 1962.


He also noted that almost all of the government quarters now found in Jalan Belfield were built before Independence. In other words, they could have been historical gems if effort was made to preserve them.

The Selangor and Kuala Lumpur Chinese Assembly Hall, he said, was completed in 1933. It was actually the first Malayan project of famous British architect B.M. Iverson (whose designation then was assistant architect), the person who contributed significantly in building a modern Malaya.

Another interesting feature, Teoh pointed out, was that the YWCA building was once located in Jalan Belfield, near the former site of Kuen Cheng Girls’ School.

“It seems we can look at Jalan Belfield as the cradle of feminism awareness in the country.

“But we are losing all these traces of history bit by bit. This is the painful reality of many big cities around the world. One day, Malaysia may become a place without physical reflection of its history,“ he lamented.

For that reason, he said streets bearing the names of former British officials in Malaya should not be changed even though they pointed to an era when the country was colonised. Moreover, only a handful of roads in the city are keeping these old names.

“With development, our road network is ever expanding so we can name the new roads after Malaysians who have contributed to the nation, but keep the old names for the future generation’s reference.”