By Noor Azhar Zainal And

Growing hub: The increasing number of passengers has encouraged the growth of more businesses and F&B oulets ﻿operating at Putrajaya Sentral.

PUTRAJAYA Corporation (PPj), under the leadership of Tan Sri Aseh Che Mat, has taken various steps to improve the administrative capital to achieve the vision of Putrajaya as a well-managed city.

The transformational efforts include the transportation aspect, which needs concerted effort to further encourage the usage of public transport.

As rail transport, which is the backbone of public transport, is yet to be developed, the bus service under the purview of PPj needs to be enhanced.

Transportation plays a vital role in any development and issues such as traffic congestion, increased travel time, inadequate parking space and insufficient traffic need to be addressed in Putrajaya.

PAPSB will undertake various means to improve the level of service while generating more income. 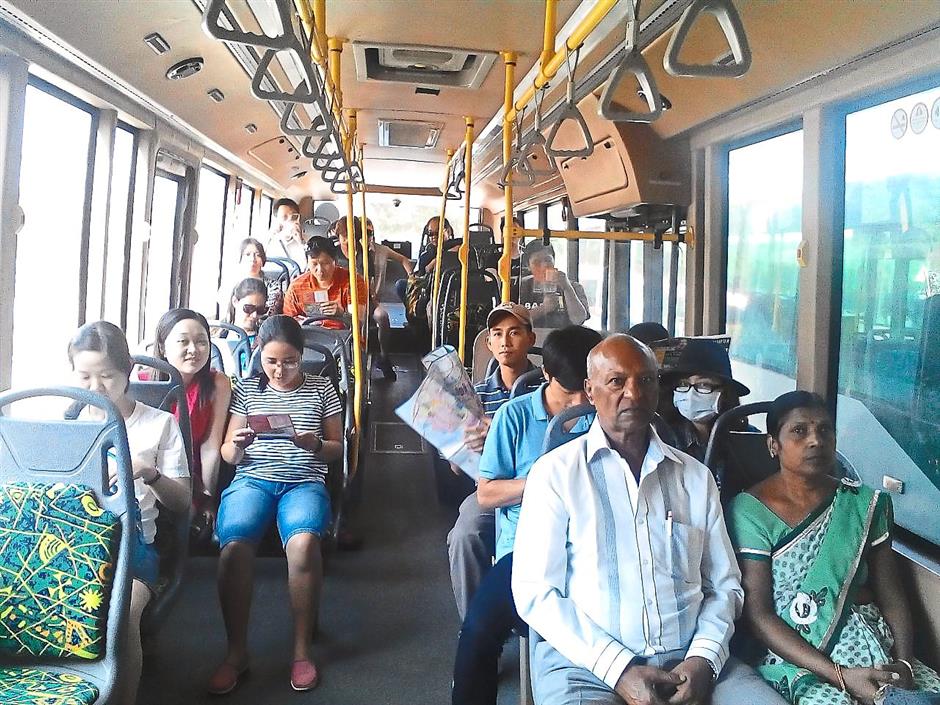 Much-needed service: Putrajaya bus (previously known as Nadi Putra) is looking into expanding its services into townships around Putrajaya such as Dengkil, Serdang, Sepang, Kajang, Bangi and Nilai.

Besides the bus service, PAPSB has been entrusted to manage and operate Putrajaya Sentral Terminal, the Park-and-Ride facility, parking spaces belonging to PPj and other public transport facilities.

PAPSB’s effort has shown positive results since its establishment two years ago.

Putrajaya bus (previously known as Nadi Putra) has achieved its target of ferrying more than five million passengers a year within and in areas around Putrajaya.

Once the MRT Line 1 from Sungai Buloh to Kajang is completed, connectivity between Putrajaya and the Kajang MRT station will be established.

Putrajaya Busfest, the first of its kind bus festival in Malaysia, was held in December last year.

The three-day event attracted more than 30,000 participants and was aimed at encouraging the use of public transportation. Bustling station: Besides the Putrajaya bus service within Putrajaya, Putrajaya Sentral also serves as the terminal for the KLIA Express train, RapidKL inter-city bus and a few other inter- city and inter-state bus services.

Putrajaya Sightseeing — a dedicated bus service that takes tourists to view some of the landmarks in Putrajaya — was also launched at the Busfest.

PAPSB has been working together with KLIA Transit since January this year to try to woo transit passengers at KLIA to visit Putrajaya on a four-hour programme.

PAPSB has also launched another tourist attraction in Putrajaya, which is the Putrajaya Eco Ride.

The Eco Ride programme, which operates at Putra Square, is a rental service offering 10 electric vehicles for local and foreign tourists to see the sights in Putrajaya.

Meanwhile, Putrajaya Sentral, which was developed together with the Park-and-Ride facility in Precinct 7, has shown a two-fold increase in its fee collection.

The rise is due to the increasing number of express bus operators and services using the facilities.

While an average of only 20 trips per day were recorded in 2012, today Putrajaya Sentral manages more than 100 trips per day, which serve as links between Putrajaya and almost all major cities in Peninsular Malaysia.

The opening of KLIA2 has also contributed to Putrajaya Sentral’s success.

The Park-and-Ride facility has attracted passengers using Putrajaya Sentral as their gateway to KLIA and KLIA2 via the KLIA Express train.

The parking rate of RM2 per day and a further RM2 per night is much cheaper compared to the rates at both airport terminals’ parking facilities.

The Park-and-Ride records an average 90% occupancy and this can go up to 100% during weekends, as more long-distance travellers park their vehicles there.

Putrajaya Sentral now records an average of 10,000 passengers commuting through the public transport hub daily, which marks a ten-fold increase compared to 2008.

The increasing number of passengers has encouraged the growth of more businesses and F&B oulets operating at Putrajaya Sentral.

The services and facilities at Putrajaya Sentral has also been well received.

PAPSB is also mulling proposals to reduce the influx of traffic in Putrajaya, which continues to cause traffic congestion and resulted in insufficient parking at all the government complexes.

While PPj is urging the Federal Government to quickly develop the rail project, PAPSB is currently in discussion with the Land Public Transport Commission (SPAD) to initiate several bus services connecting Putrajaya and neighbouring towns.

The Bus Expressway Transit (BET) service introduced by RapidKL in other parts of the Klang Valley will also be introduced in Putrajaya. 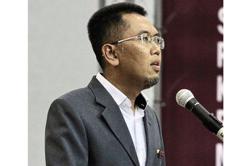 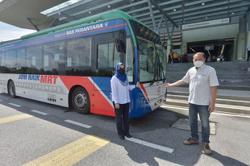