Daily consumption: Many people drink goat’s milk for its health benefits as well as its flavour.

There’s a steady increase in demand for goat’s milk, thanks to its many health benefits

A TYPICAL work day for Kannan Venugopal begins at 6am and only ends at midnight.

As tiring as it is, the 47-year-old finds his job of delivery milk fulfilling. He leaves his house in Puchong at the break of dawn to deliver milk to different parts of the Klang Valley, balancing a steel barrel perched at the back of his motorcycle through the capital’s busy roads.

Kannan is one of a handful of milk vendors still doing things the traditional way in the city.

Not only is it demanding, the hot and rainy weather is merciless.

Still, he takes pride in fulfilling his responsibilities as mothers anxiously wait for his delivery. 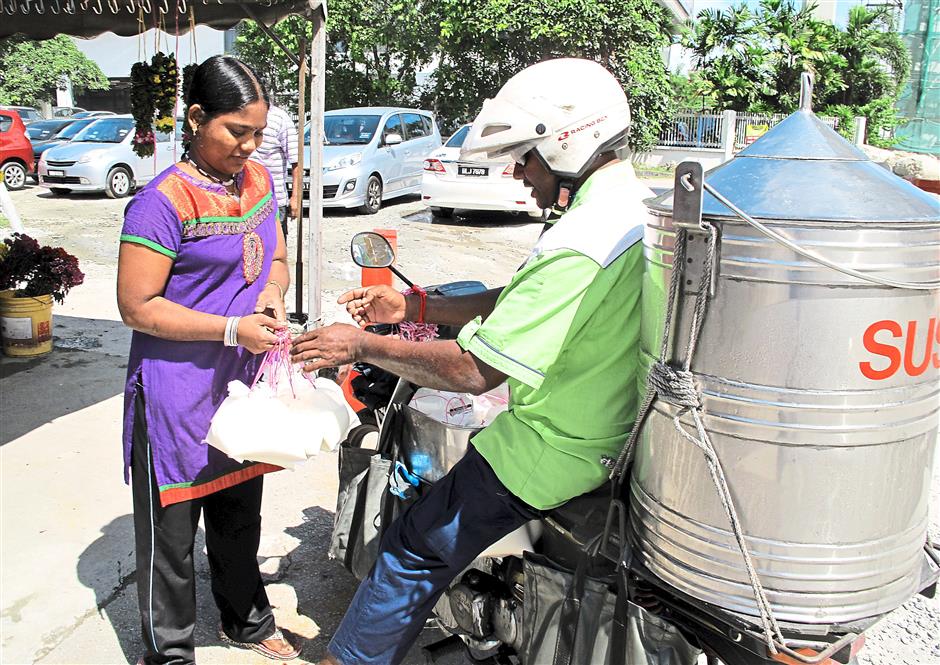 Regular supply: Kannan making a delivery to a temple in Puchong.

His grandfather founded the first farm in Puchong which later moved to Broga while the Kapar one is run by his brother and supplies only goat’s milk.

“There is always a demand for goat’s milk even though it is more expensive than cow’s milk.

“Mothers have told me that it is especially good for babies with jaundice,” he said.

Now with the new lunar year celebrating the zodiac sign of the goat, there is added interest in the milk and other products made from it.

One supplier, My Dairy Fresh, has observed a steady increase in demand.

The company does house-to-house delivery of milk produced, bottled and pasteurised at the NBF Farm in Perak. 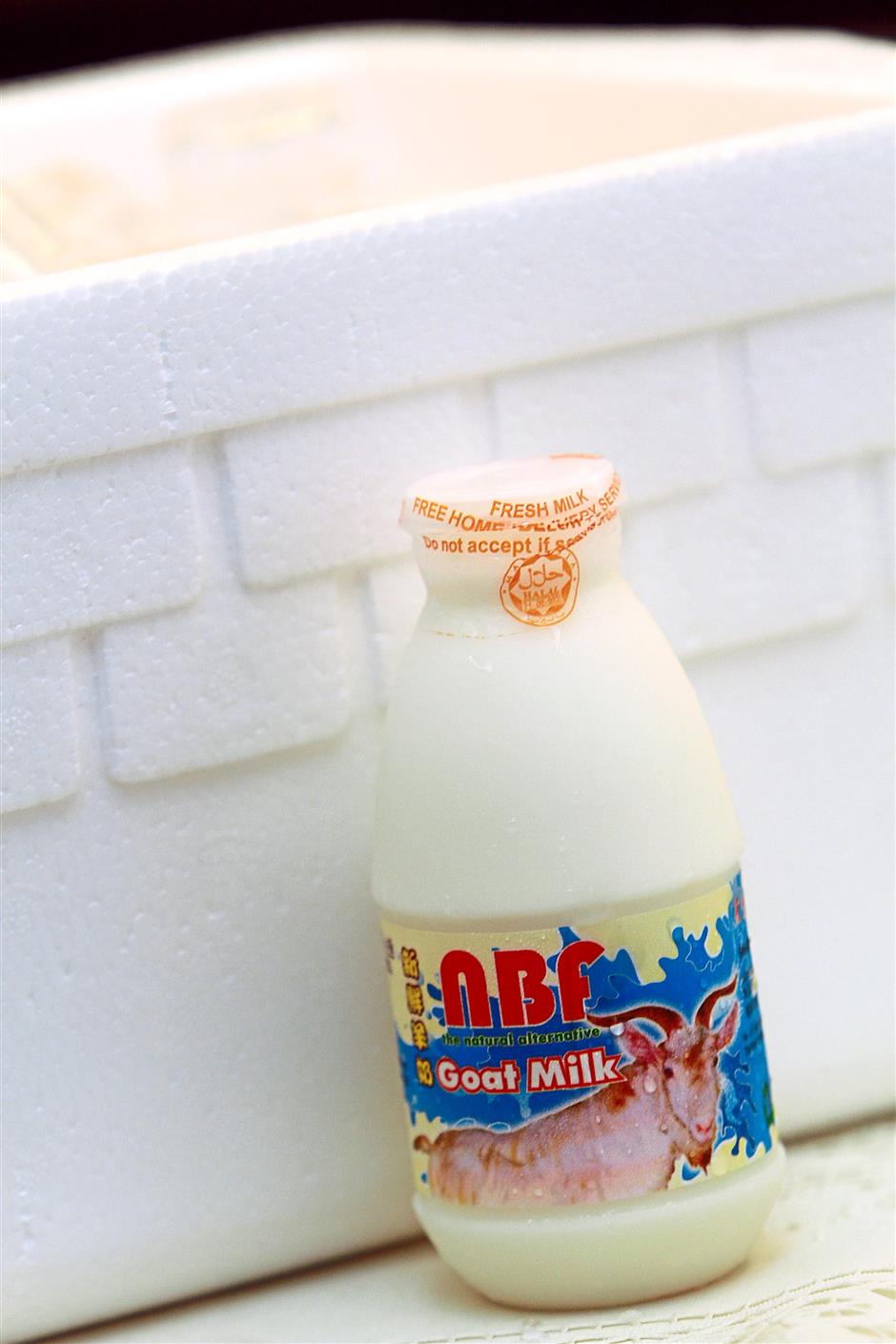 Keeping with times: The modern option of having goat’s milk pasteurised, bottled and delivered to one’s doorsteps

The farm, which was established 32 years ago, switched from cow’s milk to goat’s milk in the 1990s when its many health benefits became more known.

Among the farm’s customers, there was an almost equal number drinking cow’s and goat’s milk, but about 90% of those in the Klang Valley choose goat’s milk.

Tony Lai, who has been in charge of delivery to the Klang Valley for the past three years, said they had about 2,000 regular customers here.

“Many of the buyers are mothers as it has been proven scientifically that it is closest to mother’s milk.

“It is said that the nutrients can be absorbed into the body within 30 minutes.

“Other consumers, ranging from toddlers and the elderly, drink goat’s milk for its health and medicinal benefits. “It is said to be helpful as an alternative remedy in the treatment of jaundice, asthma and eczema as goat’s milk is said to boost immunity.

“Goat’s milk is also low in lactose so it is unlikely to cause allergy issues as with CMPA (Cow Milk Protein Allergy),” Lai added.

Despite its many benefits, goat’s milk is not accepted by everyone because of its “goaty” taste but the farm has overcome this issue by having goats imported from Australia, Europe and the United States.

The herd grazes on homegrown grass and their feed is enhanced with corn and soya.

The company plans to establish more sale points. They plan to make goat cheese and yoghurt, too. Healthy beverage: Nasi kandar and mamak shops serve cow’s and goat’s milk — either fresh or in some of their dishes.

Bottled or powdered goat’s milk have also been a unique feature at mamak and nasi kandar outlets.

Goat’s milk is also a much-loved ingredient in skincare products for its proven results with soaps, shower gels and lotions with goat’s milk popular in the market.

It would be interesting to read if this zodiac sign has helped boost the fortunes of those involved in goat-related businesses.