Reliving the good old days while recalling the fundamentals of fishing

Just like old times: Armed with only a long bamboo pole and monofilament line, two boys enjoying basic fishing along a canal in Malacca.

WITH so many types of rods and reels to choose from these days, it is nice to go back to basics once in a while.

During the recent school holidays, in my quest to rekindle memories of my childhood when fishing was one of the main activities among the kampung kids, I decided to fish in the many canals used to irrigate the padi fields along the Malacca coast.

Armed with only a long bamboo pole and monofilament line, which is attached to the tip of the rod, I went fishing at the waterways that I frequented as a boy.

My mission was to catch the climbing perch or betok and sepat using simple gear.

What’s interesting about this type of fishing is that it is cheap and can be easily set up.

All one needs is to get a long thin bamboo pole and a two- or three-metre- long 2lb monofilament line. With one end of the line tied to the pole, the other is fixed to a small long shank hook. 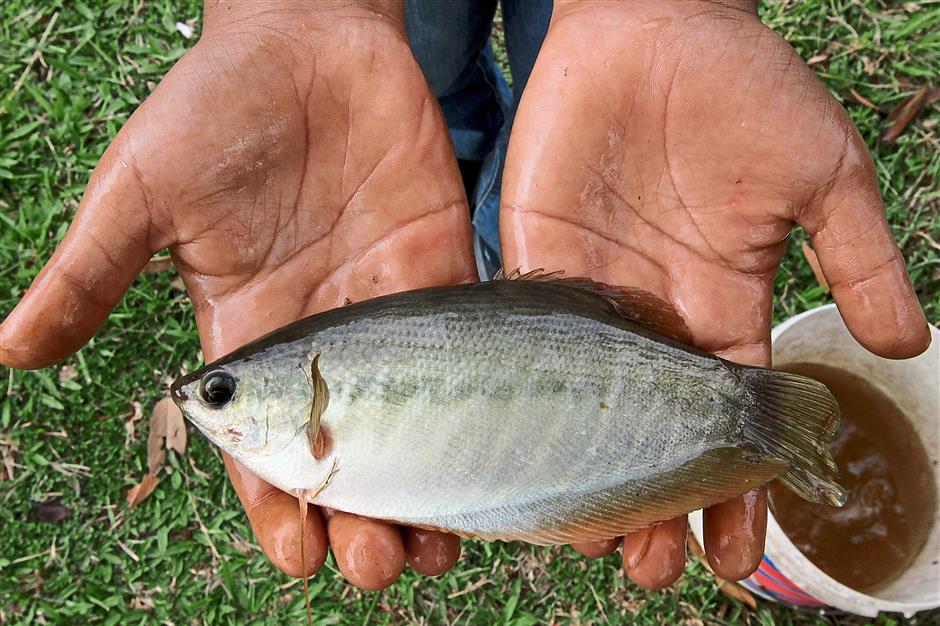 Easy catch: Sepat are found in abundance during the raining and padi-growing season.

Earthworms or specially mixed weaver ants’ eggs mixed with fresh rubber latex to form the dough were used as bait to catch the fish.

No sinker is required as the weight from the bait or worm would sink the hook.

The betok and sepat simply cannot resist the bait. It has been proven to be very effective bait for these two species, which are found in abundance during the rainy and padi-growing season.

But the trick to be successful in catching these fish lies in how one handles the rod, knowing the right moment to strike with the small hook.

It’s a no-no to strike as soon as the fish takes the bait.

One has to allow the fish to nibble the bait a few times, lowering the rod towards the water and after a few small tugs, one is ready to strike as the fish nibbles for one last time.

Of course, it’s easier said than done. One has to get the hang of it before they can master this simple trick.

I found my first one hour the hardest. But I can assure you that once you get the rhythm right, catching the betok or sepat is definitely child’s play.

One can also add a small floater to the monofilament to mark how deep one wants to allow the hook to sink. The floater is also used as a fish indicator, showing the angler when the fish takes the bait.

Having used the basic method and modern ultra-light rods and reels to fight these two species over the years, I must admit that the old basic technique is more challenging and fun.

The old way requires plenty of skill and understanding the right timing to make the crucial strike. 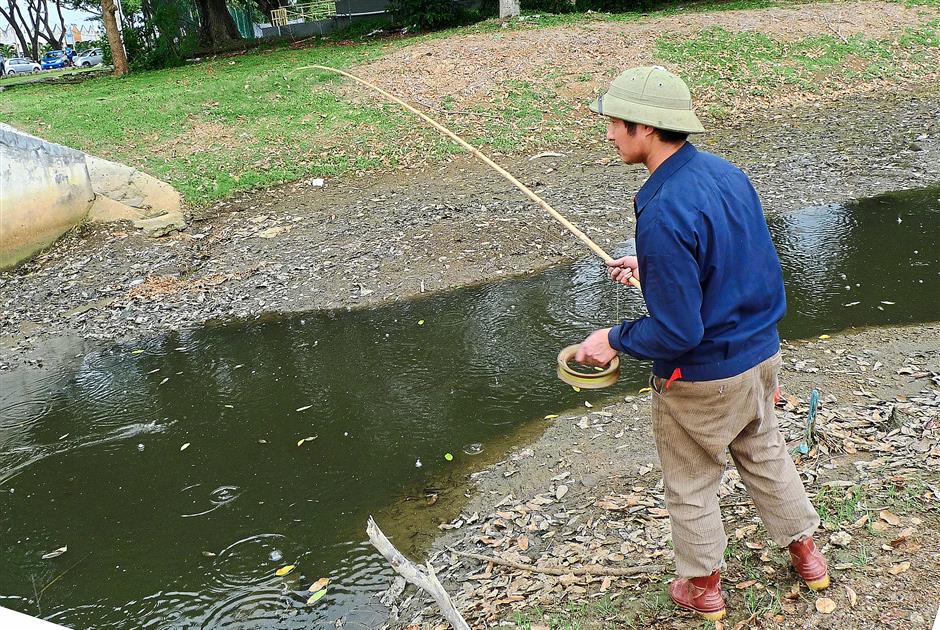 During the outing, I also met Mong Mong, a Myanmar factory worker, who used almost an identical set-up. However, there is a twist to his fishing line when catching the haruan.

Instead of fixing the monofilament line directly to the pole, he has a ring on its tip, allowing the extra line to run to a hand reel.

He uses the hand reel like a normal tackle, allowing him free play and the flexibility to control the line when fighting the haruan.

Mong Mong told me that this fishing method was popular in Myanmar.

He said the hand reel allowed him to have a direct fight with the fish when wrestling the species out of the water.

I must say the outing, going to basics, was an enjoyable and memorable trip for me.

Although the fish was not the regular big catch, it definitely gave me a lot of satisfaction, especially exercising the proper basic way of catching fish that I had almost forgotten.