The multi-layered poon choi with premium ingredients is a must-have dish for some families.

The Prosperity Abalone Treasure Pot is a dish that makes an appearance whenever it is time to usher in the Lunar New Year.

In fact, the flavourful roasted chicken was good enough to be enjoyed on its own.

After indulging in the premium items on top, do not forget the bottom layer of yam and cabbage which has soaked up the flavours from all the ingredients above it. 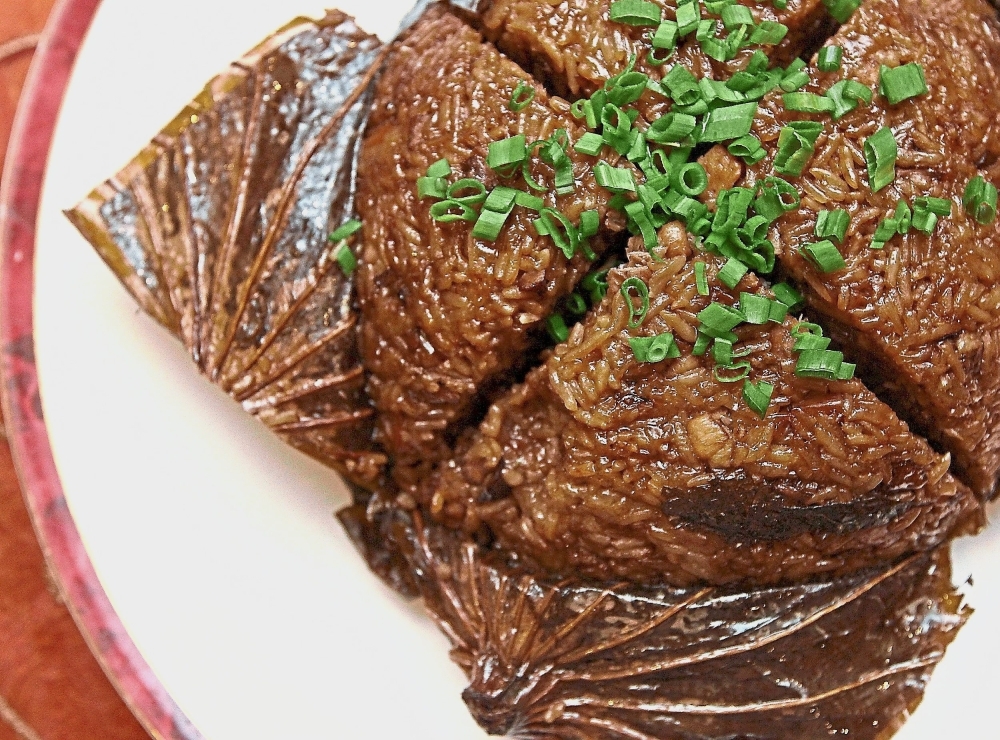 My colleague Chan Tak Kong, for whom poon choi is a must-have every Chinese New Year, described the bottom layer as the best part of the dish. Executive Chinese chef Bryan Teh said the poon choi set was value for money and diners could opt to have it ala carte or in six-course set menu.

The Prosperity Hee Har “Thai” Style Yee Sang and Fresh Fruits, priced at RM108 (half set) and RM128 (full set) is another feature at Dorsett Grand.

Teh said he replaced ingredients such as ginger in the yee sang with fruits like pineapple, mango and snow pear. 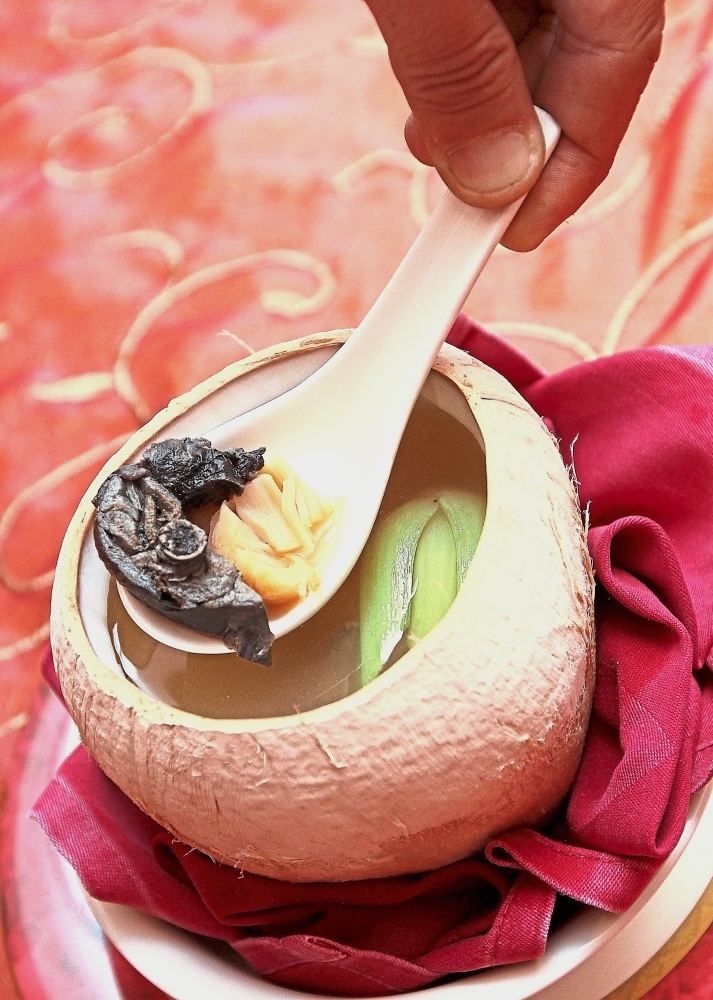 The fruits not only add colour but the flavours also enhance the yee sang.

We also relished other items on the premium set menu such as the nourishing Double-boiled Matsutake Mushroom with Farm Village Chicken and Dry Scallop, and Steamed Glutinous Rice with Smoke Duck and Mushroom.

The aroma of smoked duck wafted in the room when the glutinous rice dish arrived.

Chan, who was still enjoying the poon choi, chose to drench the rice with the sauce to liven up the flavours.

We ended the meal with Double-boiled Red Date with Snow Fungus. The pear is added to help balance the sweetness of the dessert.

“After a sumptuous meal, the taste of the pear helps aid digestion,” Teh said.

We were informed that guests will be entitled to an exclusive lucky draw for orders of the set menu, which are priced between RM1,288 nett and RM1,888 per table of 10 persons.

There will be a traditional lion dance on the eleventh day of the lunar new year at 11am on Feb 15 at the lobby. 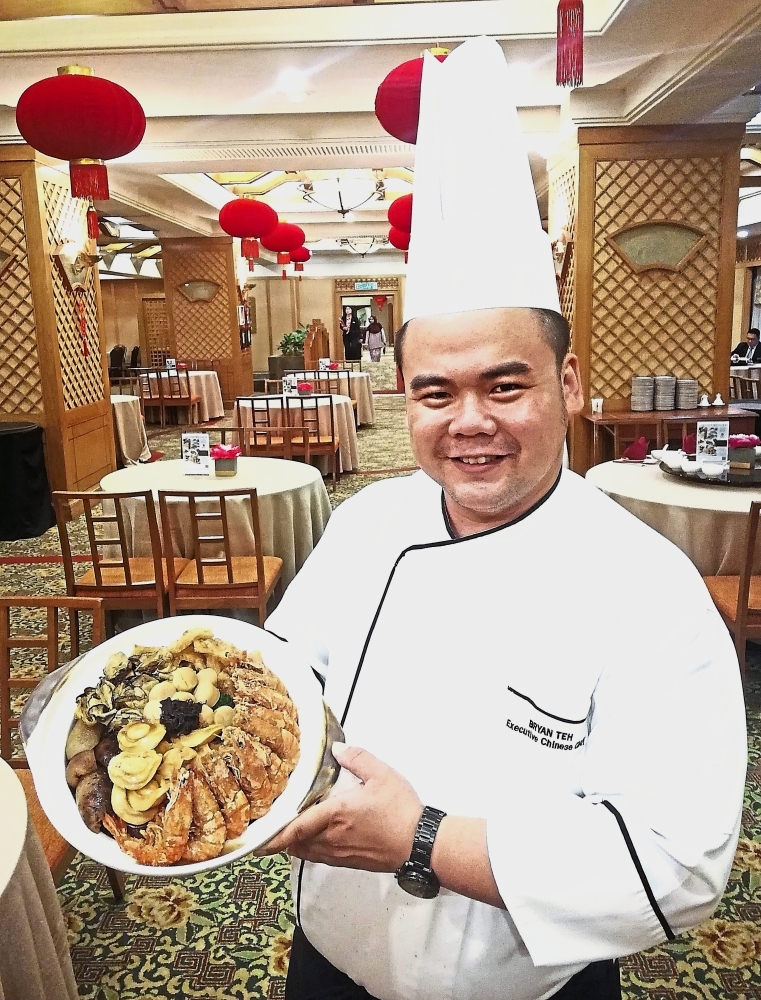 Teh showing the poon choi that makes up the Chinese New Year set.