RESERVATIONS were full for the four days guest chef Walter Ishizuka featured his special menu as part of a food promotion at Prime in Le Meridien Kuala Lumpur.

Handsome and charismatic, the Parisian who is of Japanese and French parentage, presented a seven-course dinner menu together with his assistant, Cedric Touchard, and Le Méridien Kuala Lumpur’s executive chef Antoine Rodriguez.

We learned that Ishizuka runs a catering and culinary consultancy company in London with Touchard. The company also holds private cooking classes. Ishizuka is skilled in Japanese cuisine, thanks to his father. 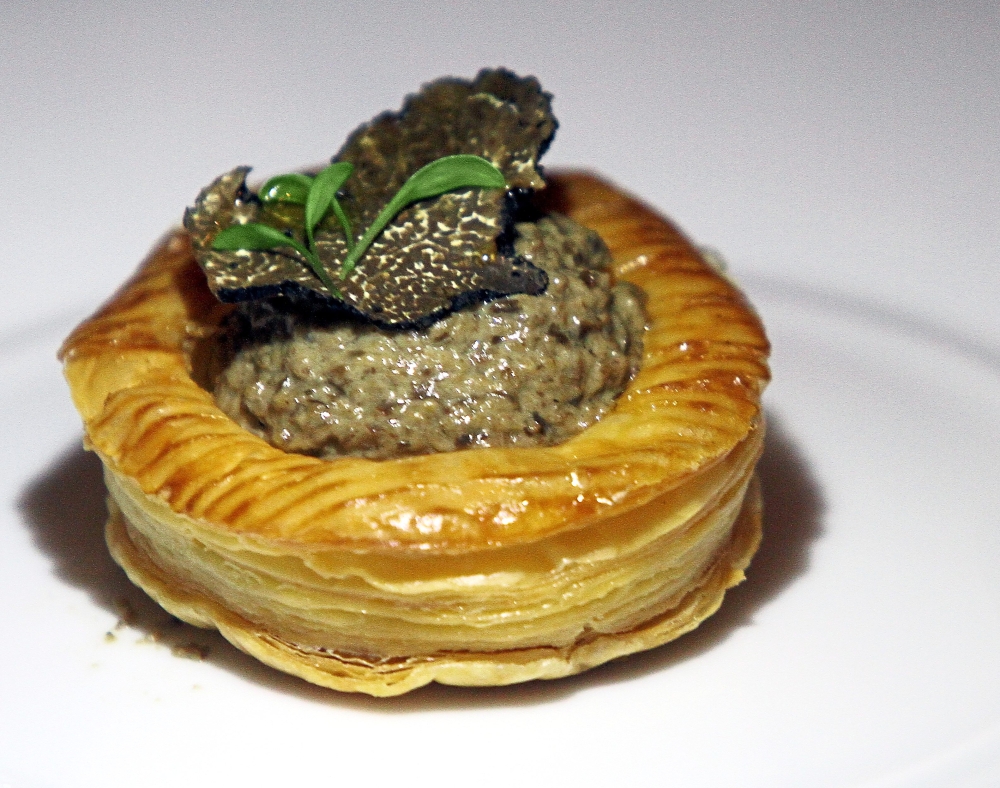 The mushroom and truffle vol au vent was presented in a seven-course dinner and wine pairing at Prime in Le Meridien Kuala Lumpur.

The Japanese influence was present in two main courses in the menu - a duck fillet in ponzu sauce with truffle polenta and pear poached in blackcurrant syrup, as well as miso salmon with roasted baby artichoke in a zesty lime sauce.

We loved the duck. Tender, with a thick layer of fat beneath its skin, the fillet was covered with a caramelised layer of ponzu, imparting its tart lemony flavour to neutralise the gaminess of the duck. An hour in a sous vide cooker gave the meat its perfect pink hue.

The salmon, braised in light miso, had a unique combination of fermented beans and the richness of the sea. A sharp, zesty lime sauce added extra layers of sweet, salty, sour, and slightly bitter flavours to the dish.

Another dish that took diners on a gastronomic adventure was the cheese platter. Together with a mild camembert and a savoury morbier was a crottin de chavignol, a cheese made of goat’s milk which had a pungency that would beat the durian and petai. Served with fig chutney and dried fruit bread, the more daring among us, after braving the strong smell, took to spreading the crottin de chavignol on the bread. It was a sweet and earthy combination imbued with a herbaceous aftertaste.

The starter, a cauliflower veloute with roasted almond flakes and sprinkling of grated purple cauliflower, was one of the milder dishes in Ishizuka’s menu.

The other was a mushroom vol au vent, an evergreen classic and a perennial favourite in the canape circuit. Made in-house, the puff pastry casing held a creamy mushroom filling. Truffle flakes acted as garnish.

The cauliflower veloute made with a vegetable stock had a strong nutty flavour, strengthened by drops of lobster oil. The purple cauliflower added colour and made the soup look pretty. 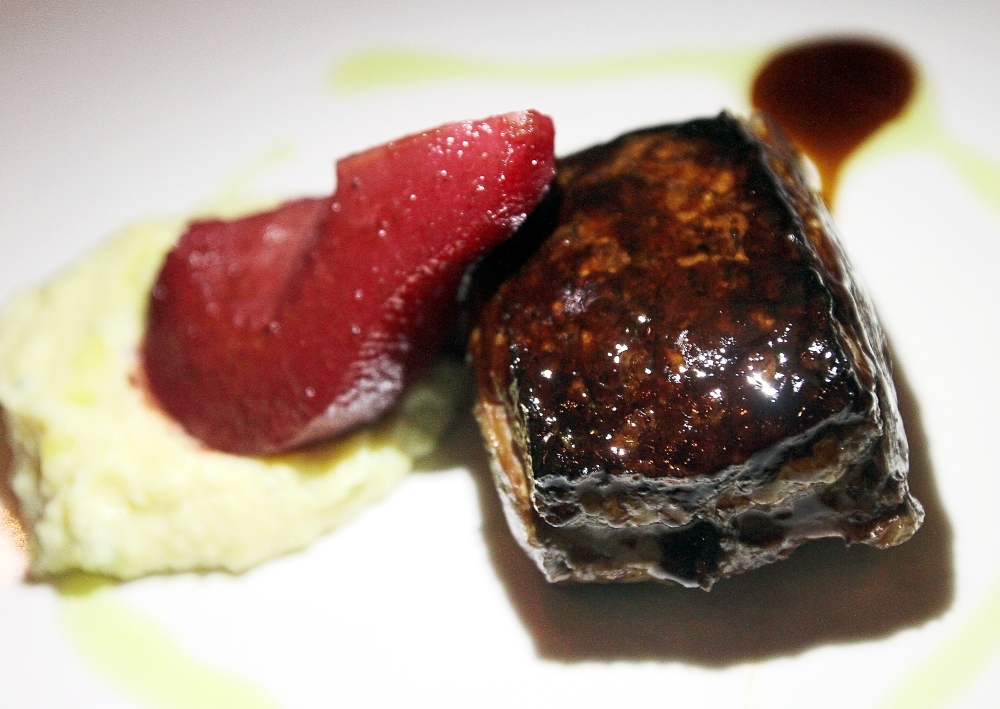 A yuzu and lemon tart with dollops of meringue and mandarin ice cream was presented as the finale.

The bright yellow drops of lemon and yuzu curd sat on a sable beside intervals of torched meringue peaks. The ensemble was finished with grated lime zest.

One delicious way to enjoy this citrusy dessert is to let the ice cream melt and soak into the sable, making for a cold, orangey sauce with a sweet and refreshing finish.