Guests helping themselves to the many buffet offerings at the event.

Mouthwatering aromas and bubbly chatter filled the air as guests enjoyed the simple pleasures afforded by the brand’s grill and steamboat buffet.

Marinated meats such as coffee chicken and beef bulgogi sizzled away on grill plates, while seafood and vegetables were seen in bubbling hotpots.

Malaysian artiste As’ad Motawh sprang a surprise when he popped up to sing a birthday song at a cake-cutting ceremony by the restaurant’s management and franchisee.

Seoul Garden Group chief operating officer Siow Yong Wu felt the brand had come a long way since its establishment in Singapore in 1983.

Recalling its origins as an a la carte eatery catering to Korean expatriates, he said they switched to a buffet concept prior to entering the Malaysian market in 2005 with the Gurney Plaza outlet. “Buffet dining was fast gaining popularity around that time and our surveys showed it would offer a better dining experience for a larger market.

“To further the appeal, we also made our flavours more localised,” Siow said at the event.

Penang franchisee Joseph Lee said Seoul Garden outlets were among the most popular dining venues because of its vast buffet offering some 120 items.

“Few things are more enjoyable than gathering with loved ones to cook food together and then eat,” he said.

The brand currently has 35 outlets across peninsular Malaysia, Sabah and Sarawak. To be more inclusive, it has also obtained halal certification.

“We have also re-engineered our proprietary grilling system to give customers a more comfortable, smoke-free dining environment,” he pointed out.

In the past, the grill plate and steamboat shared a common heating element but these are now separated for improved ergonomics.

“And to celebrate our anniversary, we are offering many exciting promotions throughout the year,” added Andrew.

Among them is a 35% discount for seniors while children below the height of 130cm get to eat free every day with one paying adult.

Those who come on their birthday get to dine for free and also receive a complimentary cake.

Meanwhile, visits during the birthday month entitles one to a 50% discount and cake at just RM10. Both birthday deals come with the conditions that reservations must be made a week in advance and one must bring along two paying adults.

Siow said they intended to expand with more outlets in the coming years, both within Malaysia and in neighbouring countries. Currently, the brand has a presence in Indonesia (Medan), Vietnam, the Philippines, Brunei and Myanmar. 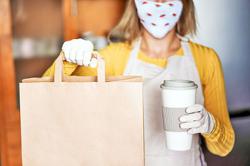 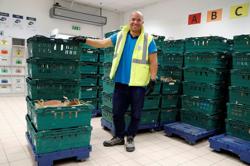