A taste of Sarawak

Sarawak laksa comprises a spicy and fragrant broth made of sambal belacan and a variety of spices, bee hoon, peeled prawns, strips of chicken and omelette, bean sprouts, a dash of lime and chilli paste.

SARAWAKIANS who have migrated to peninsula Malaysia can argue that attempts to recreate their state’s speciality dishes here are rarely authentic, but a little stall in Subang Jaya is one of the few to succeed.

The couple that run the modest Sarawak Corner stall in Restoran Meisek, USJ 14 are from Kuching.

My parents, who are also from Kuching, can attest to the authenticity of their Sarawak laksa and kolo mee.

As the Sarawak Corner only sells these two items, they are almost always sold out by the end of lunchtime every day.

Lim and his wife are assisted by a single helper in their day-to-day sales. Hawker review of Sarawak Corner stall in Restoran Meisek, USJ 14.

Patrick Lim, 55, and his wife ran a stall back in Kuching before moving to USJ about seven years ago, where they started a new stall.

The dishes were unfamiliar here and did not sell that well when they first started out, but they had since gained many regular customers.

Spicy and fragrant, the secret to a good Sarawak laksa broth comes from the use of specially imported Sarawak laksa paste, which is made from sambal belacan and a variety of spices.

The paste is mixed with coconut milk to get its appetising crimson colour, and contrary to its similar appearance, the broth contains no curry at all.

The delicious Sarawak laksa broth at Sarawak Corner stall is boiled in the morning and kept warm throughout the day.- Photos by RICKY LAI

Sarawak laksa, for the uninitiated, uses a slightly thicker variety of bee hoon and it contains bean sprouts, strips of chicken and omelette, and peeled prawns.

Squeeze a dash of lime into the laksa before eating to enhance the flavour, and for those who want it hotter and spicier, additional chilli paste is provided.

Sarawak laksa usually sells out first, but their other dish, kolo mee is equally popular and authentic like the ones found in Kuching.

The springy egg noodles that they use in the dish are imported from Sarawak, and the char siew (barbecued pork) sauce and lard is usually added to achieve the right flavour.

However, Lim will oblige if customers prefer a pork-free and lard-free version of kolo mee, replacing the char siew and minced pork with fish ball and prawn.

They plan to sell Sarawak Tomato Mee, another hard-to-find speciality from Kuching, in the near future following customers’ requests.

Sarawak laksa and kolo mee sell for RM6.50 a bowl and their Kolo Mee Special, which includes fish ball and prawn with the pork, is priced at RM7.50.

Lim’s stall opens daily from 6.30am to 3pm. When their dishes are sold out around lunchtime, they will pack up earlier. 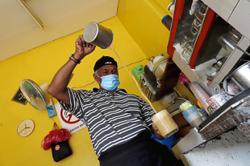 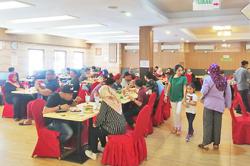 Bruneians flock to eateries with restrictions easing; no virus cases for 59 days 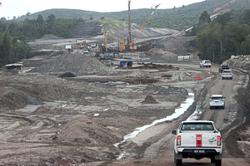