Heritage-style: Ho Weng Kee wonton noodle which was established in the year 1935 is also available at Lot 10 Hutong food court.

MALACCA: There’s no shortage of hype over The Shore Shopping and Gallery swanky new food court “Lot 10 Hutong” to savour a plate of history ever since it opened its doors to the public recently.

Loh revealed that Yeoh personally persuaded the owners of each of these heritage stalls to open in strategic places in order to preserve their culinary arts for the enjoyment of future generations.

“Each stall is personally hand-picked by Yeoh. Spoilt for choice: Some of the hawker-style food available in Hu Tong.

“The country’s second gourmet heritage village was in line with the ministry’s national objective and had immense potential to be the region’s epicentre for food tourism,” he said.

The area of the food court consists 25,000 sq ft with over 700 seatings. One of the oldest street food which was setup at The Shore Lot 10 Hutong is Kim Lian Kee which sells Hokkien Mee, from Petaling Street, Kuala Lumpur. 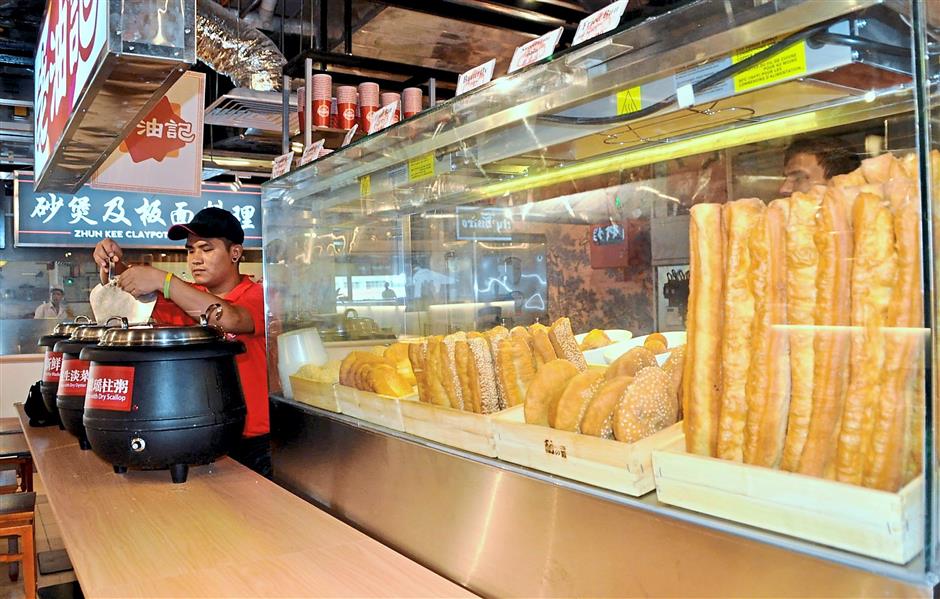 Yummy snack: A variety of traditional delicacies like you char kway (fried breadstick) and harm chim peng (deep fried bread with red beans filling) is available at the food court.

Ong Kim Lian came to then Malaya from China’s Fujian province founded the restaurant in 1927.

It is believed that Ong was the creator of the now ubiquitous Hokkien mee.

When people started to ask the name of the noodle, Ong named it as “Hokkien Mee” because he was a Hokkien.

Julian said that Lot 10 Hutong being in the itinerary of tourists seeking to enjoy the best of local food in between shopping and entertainment in the historical city.

“All these brands were family enterprises passed on to the second and third generations. Most of the original stalls started off as family-owned businesses and passed down from one generation to another.

According to Julian, the vision is to create a platform for the 3rd and 4th generation of Malaysia’s old brand stalls to continue with the business set-up by their grand or great-grandfathers.

Since its first establishment in November 2009, Lot 10 Hutong has attracted the attention of food aficionados worldwide with even The New York Times listing it as one of “Asia’s Top Odysseys”.