Meaty goodness: Hand-made meatballs smothered in chunky tomato sauce is one of the recommended pasta dishes at Grease.

AS THE gourmet burger wave catches on in Shah Alam, the founder-proprietors of “Grease” decided to go in a slightly different direction by introducing Philly cheesesteaks to the city’s diners.

Philly cheesesteaks, so named after the American city of Philadelphia (“Philly”) in Pennsylvania, are basically open sandwiches containing beef, served with onions and melted cheese.

“My two other partners who studied in the United States really enjoyed cheesesteaks over there, but we have had to make some adjustments to suit local tastes,” said Najmie Noordin, one of the founders of Grease.

Starting the menu with a few items — basic cheesesteak, hotdogs and nachos — Najmie and his partners then tried out their recipes at Ramadan bazaars for locals who were buying food for their breaking of fast.

“We wanted feedback because cheesesteak is actually plain, and we needed to modify the sandwiches with various types of cheese, and additional seasonings and ingredients, such as bell peppers for local palates,” he explained. 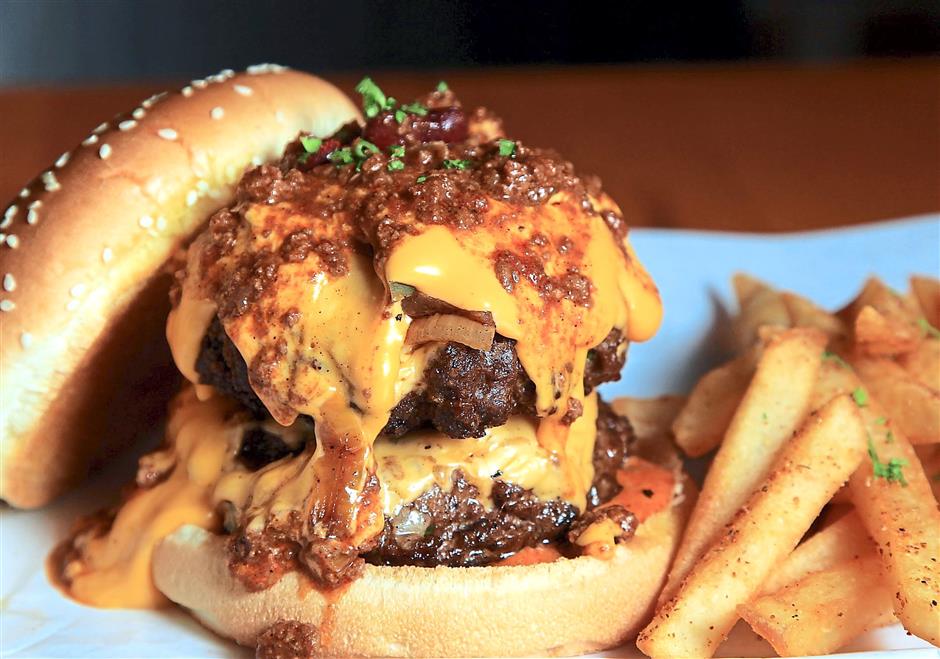 For meat lovers: The 200gm patty is sure to fill up even the most hungry of diners. The burger comes with a huge helping of fries.

For a group starter, there is the Chilli Cheese Nachos (RM15), comprising tray of nachos covered with near equal amounts of chunky beef chilli which is not too hot, and a dollop of melted cheese.

There are also Hot Chicken Wings (RM17), as the name implies, spicy wings with a dip of mayonnaise infused with chilli and some coriander for a further kick to the tastebuds.

The ambience at Grease is very much a “work-in-progress” look, with unpainted brick walls, minimal decor of comic characters and movie posters brought in by the owners themselves.

Don’t be surprised if you see your nachos or even the Spaghetti Meatballs (RM17) coming in large metal trays, in keeping with the overall decor.

While the sauce is quite plain, albeit flavoured with the correct herbs, the meatballs themselves are generously-sized and made by hand.

Coming to the diner’s mainstay, the writer sampled two different cheesesteaks — the Texas Chilli and Mushroom cheesesteaks (both RM20).

These cheesesteaks are considerably fancier, with slightly different ingredients compared to the base dish. Even so, Grease’s kitchen uses striploin cuts and have since managed to get a reliable source for the sandwich bread. 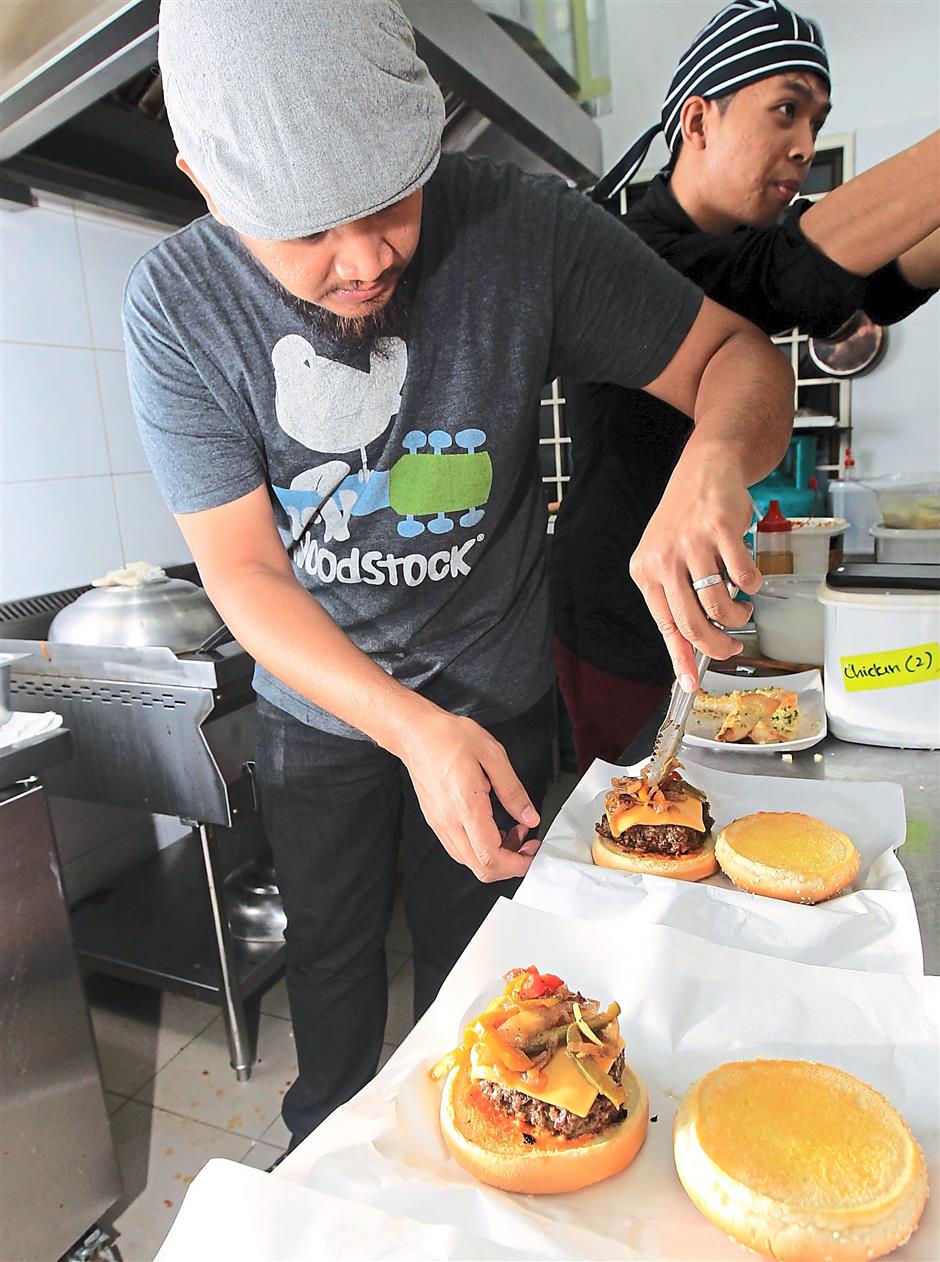 In the kitchen: The founder-proprietors of Grease decided to go in a slightly different direction by introducing Philly cheesesteaks to the city’s diners.

“Previously, we bought baguettes and sliced them ourselves,” said Najmie.

The meat itself is not broiled too dry, leaving enough juices to soak with the melted cheese and onions. The taste is further enhanced with additions such as the chunky meat sauce in the Texas Chilli version.

Similarly, the Texas Chilli burger (RM20) is a meat-lover’s delight with not only a 200gm patty, but again with chunky meat sauce that might even make a meal enough for two, not to mention the huge helping of fries on the side.

There is one odd combo which some might like — the Bloody Nutty Burger (RM22) where the meat patty comes with peanut butter and jam — a sweet savoury oddity which this writer found enjoyable.

For an additional RM5, one can add another 200gm patty to any burger order if the protein is not enough, making this a very good value-for-money place, especially if you’re hankering for beefy sandwiches and burgers.