Delectable: The Fillet of Cod served with canellini beans, black truffle and duet of bell pepper coulis is a wonder to be paired with 2000 Chteau Cantemerle.

His skilled selection of dishes to go with different vintage French wines introduced diners to a whole new experience of matching fine food with premium wine.

The dinner was also attended by Château Cantemerle general manager Phillippe Bambrine, who shared his extensive knowledge of the wines.

“Each vintage has a distinctive taste. The older vintage such as Château Cantemerle 2000 is made from grapes from vines that are more than 40 years old. 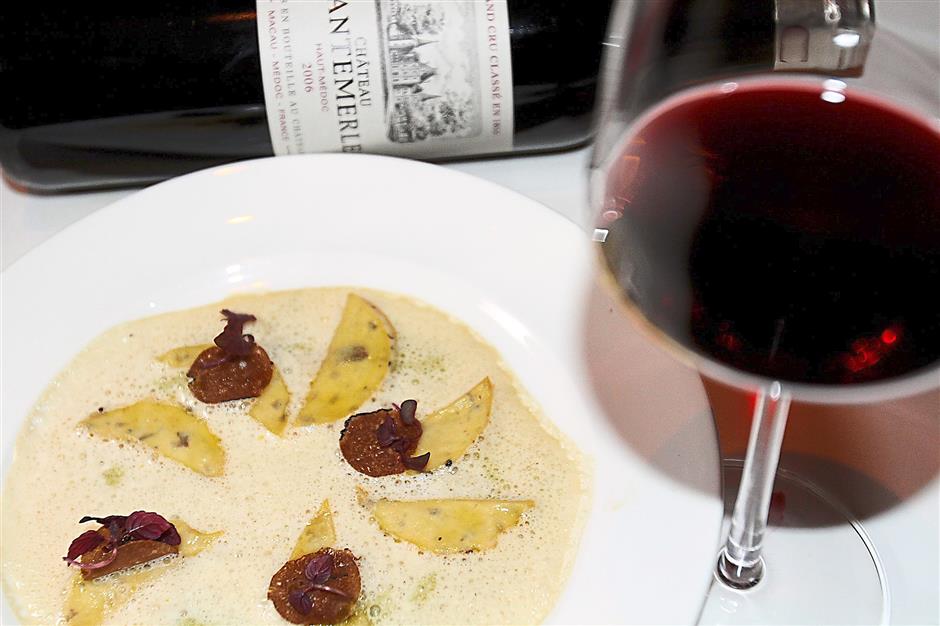 Unique technique: The taste of potato ravioli with white truffle is further enhanced with 2006 Château Cantemerle.


“Each vintage has a unique complexity that makes it stand out from the rest,” said Bambrine.

The appetiser of Warm Veal Fillet Salad served with artichoke and basil oil was served with a glass of 2010 Allées de Cantemarle, the visually pleasing pink-coloured meat was an indication that the veal was perfectly cooked.

The meat was a good combination for the otherwise mild taste of the wine, often termed a lunch wine.

Next on the menu was the Truffled Egg with celery mousseline and gold leaf that goes well with 2009 Château Cantemerle.

The thick and aromatic Truffled Egg was sumptuous and bursting with flavours. 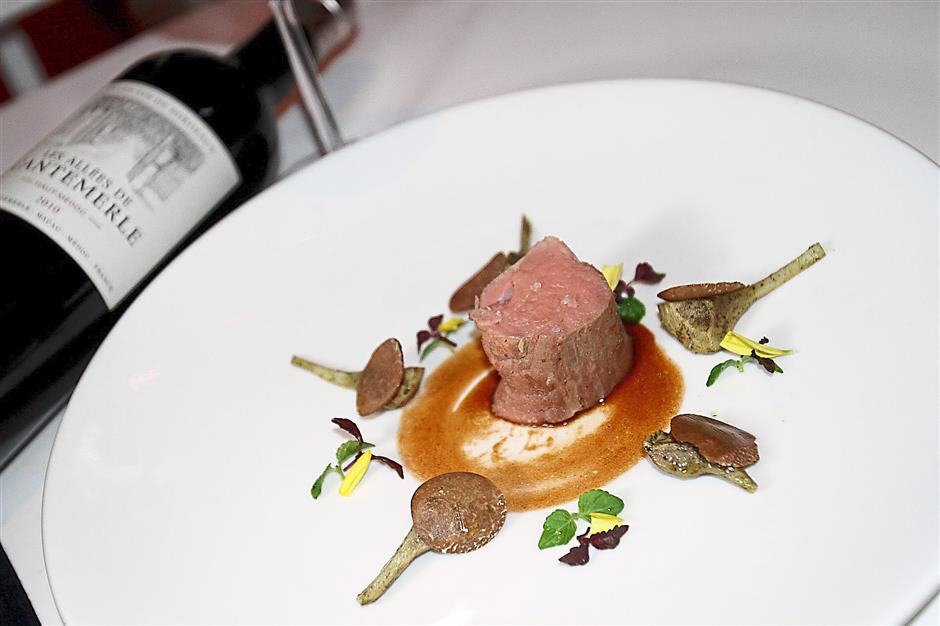 
Sherry foam seems to be one of Gamba’s unique techniques which transformed the next dish – potato ravioli with white truffle.

Pairing it with the 2006 Château Cantemerle enhanced the dish even more, bringing out its strong taste with a hint of sweetness.

Gamba said he used potato as the main ingredient because it went well with truffle.

“The sauce gave a light acidity to the dish but not too much that it will compromise the taste of the wine,” he said. 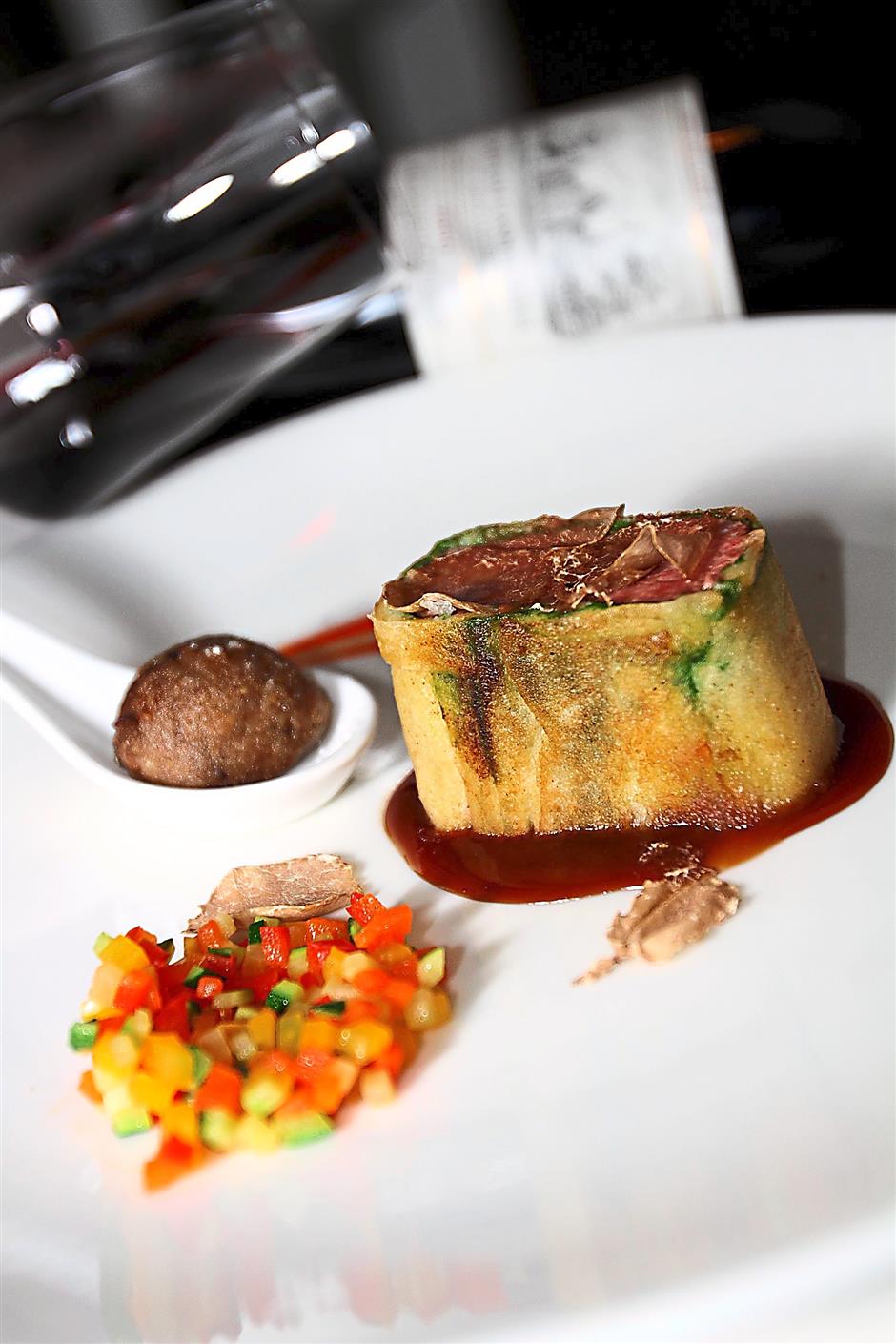 
We were served with a glass of 2001 Château Cantemerle to go with the Fillet of Cod, making the combination my personal favourite.

The grapes used to make the wine came from old vines, giving it a unique complexity.

Sipping the wine between portions of food brought a harmonious combination of flavours.

The much-anticipated main entree of Lamb Loin in Bread Crust served with rosemary jus, ratatouille and baked eggplant praline was served,with a glass of 2000 Château Cantemerle. 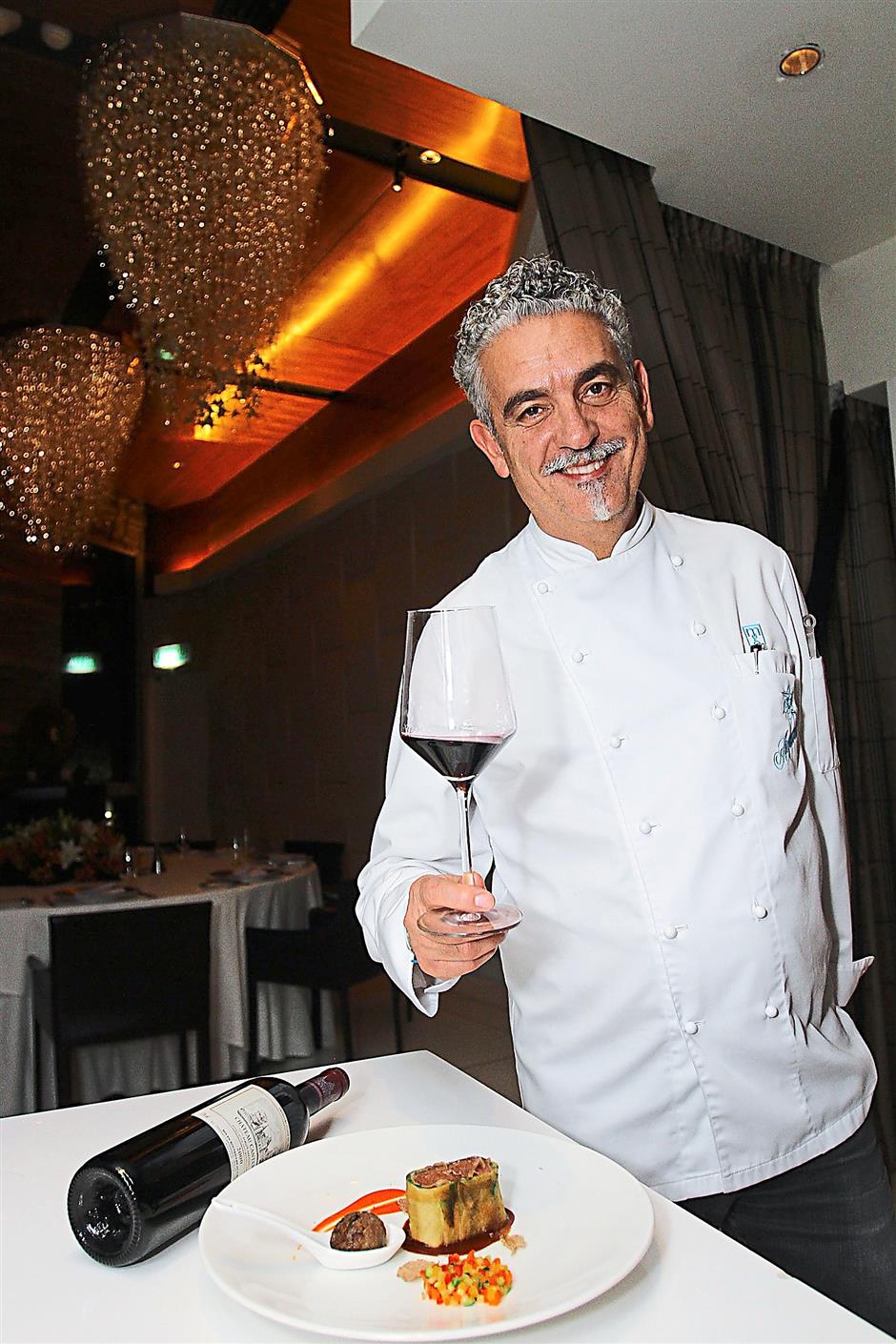 Cheers!: Gamba cooked up a storm with his special six-course dinner paired with Château Cantemerle during his visit to Kuala Lumpur recently.


The ratatouille was chewy while the tender lamb was a fine complement to the wine that left a lingering aftertaste.

Gamba is the owner of the internationally-renowned Acquerello, which had also been listed among the world’s 100 best restaurants by Forbes in 2006.