A total of 378 top life agency members were acknowledged for their outstanding sales performance in 2016, of which 44 were Million Dollar Round Table (MDRT) qualifiers.

Speaking at the event, ZIMB chief executive officer Philip Smith said he was proud of the NoTS dynamic individuals who put in hard work to be where they are now, given the significant challenges faced by the industry.

“The excellent performances by these agency members are a testament of growth within the company, proving that the agency channel remains our key distribution channel and shall continue to be a fundamental part of the business,” he said.

Topping the list was group agency manager K. Narayasamy, who earned the Top of the Table title, the highest award for the night, for the fourth consecutive year.

Mukesh (left) presenting Sarip with the Court of the Table award.

“My secret to what I have achieved today is believing in myself. In the early stage of this industry, I faced a lot of rejections, but I learned from experiences and now I have full confidence.

“I look forward to building a RM5mil agency this year with my team, and my long-term goal is a RM10mil agency!” said Narayasamy.

Fauziah Mohd Amin, Sarip Ahmad and Lilian Cheow clinched the Court of the Table award while the MDRT by First Year Commission (FYC) award went to K. Anandraj, Murphy Ooi and A. Amuthavali.

In addition to bagging the award for 12 consecutive years since 2005, Anandraj was also the sole representative for ZIMB in the 2017 MDRT Annual Meeting in Orlando, Florida (United States) and among the recipients of the 100 Most Influential Young Entrepreneur (MIYE) Award 2016.

Mukesh (left) presenting the Court of the Table award to Fauziah.

Prior to the gala dinner, 900 agency members participated in a half-day seminar in which guest speakers shared insights on “Customer Immersion” as part of the company’s commitment to continuously support its agents’ career development.

“Currently, there are about 10,000 agents nationwide, a combination of 4,000 life insurance agents and 6,000 Family Takaful consultants.

“More than 700 recruits have joined Zurich since January this year, and the increasing number of new agents enables the agency members to continuously reach out and cater to the expanding potential customer base.

“However, recruiting is one thing, developing talents is another. This is where Zurich’s Talent Management and Development Centre (TMDC) comes in with professional training,” said ZIMB life insurance general manager Mukesh Dhawan.

Mukesh further explained that TMDC carved a clear career path that was professionally managed and a roadmap of development for participation for all levels.

“Segmented training is very important as there’s no one-size-fits-all model.

“For instance, we have an adviser with 30 years of experience and one who just started out. Both of them need different types of training.

“Driven by consistent training and talent-developing initiatives, the agency’s members are always motivated by fresh knowledge, new tools and products as well as attractive incentives rewards,” he added.

“These include adviser- and customer-centric campaigns that empower them to close sales quicker and reach out to more customers,” he added.

Mukesh said the company was currently seeing a doubling effect sales growth after attaining its Takaful licence in July 2016, and hoped to see more than double-digit growth in the coming years.

He attributes the growth rate to constant agent recruitment as one of the key contributors.

“Our ambition is to be in the top five players in Malaysia,” he concluded. 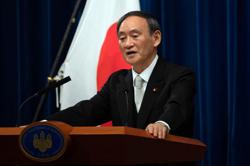