Brickfields getting too costly for businesses

WHEN a popular landmark closes shop after three decades in business, the buzz going around town will be all about why it is closing and what is coming up next?

That is precisely what happened when the Sri Kota supermarket in Brickfields ceased operations on May 31. The store occupied the ground and first floors of the corner lot in Bangunan Tong Nam, facing Jalan Travers.

While the owners of the store were tightlipped about the reason for moving out, only saying that it was “time to go”, their neighbours speculated it was probably because of the high rental.

The neighbours may be right in thinking so.

It is no secret that businesses, particularly traditional ones, in the Indian enclave are grappling to say afloat in a developing township where demographics are changing rapidly.

Shanmuganathan says that for the hotels to survive, Little India needs to maintain its ethnicity and mixed businesses.

Only constant is change

Many old and traditional businesses that have been operating for decades are either closing shop or relocating to more affordable areas.

Sri Kota supermarket has been a fixture in Jalan Travers for 30 years, but according to one proprietor who owns a banana leaf restaurant in Little India, “business has been slow and the rent is getting too costly,” he said.

He added that once a tenancy agreement expired, it was common for landlords to increase the rent which would usually lead to tenants moving to another lot.

It is common to see a “for rent” sign on shutters of many shoplots in Brickfields now.

Some tenants choose sub-let their units to cut the cost.

Meera Nair, who runs a beauty parlour near the Monorail Sentral area, said she had no choice but to sub-let a portion of her unit three years ago as she could not afford the rent.

“I was paying RM2,500 a month and when the tenancy agreement ended, my landlord raised the rent to RM3,000.

A resident of Crescent Court, Jeeva Money, observed that “Things are changing fast and I have seen shops come and go through the years. I feel the closing of Sri Kota supermarket was just a matter of time.”

He said he had seen shops and restaurants move from one lot to another in Little India as rentals continued to escalate over the past decade.

All three businesses were situated along the stretch that is dotted with the “Palava” inspired columns – the township’s trademark.

A few doors from Sri Kota supermarket is Saravana Store. Its proprietor, Perianan Palani, 65, said he was not surprised that the iconic store in Brickfields had decided to shut down.

“The rental here has been increasing for these last 10 years, and more so after the rebranding of Little India six years ago,” Perianan said.

Many retailers in the Indian enclave say that after the Little India upgrade, landlords began raising rent.

“When the tenancy agreement comes to an end, the landlords simply say ‘I have someone who is willing to offer more or do you want to match the offer?’, which does not leave the tenants with much choice,” said Perianan, who is renting the ground floor unit for RM18,000 a month.

He added that since moving to Brickfields 10 years ago, his landlord had been increasing the rent every two years.

A staff at UM Stores said they were paying RM100,000 for a five-storey shop and that it was the going rate.

The average going rate for a lot on the ground floor along the Little India stretch ranges between RM40,000 and RM45,000.

“It is tough and we are just getting by,” he added.

Hotels are popping up in the township and some stakeholders are of the opinion that these are replacing the old traditional businesses and changing the face of Brickfields.

Kuala Lumpur & Selangor Indian Chamber of Commerce & Industry (KLSICCI) president Datuk Dr V. Shanmuganathan however dismissed the speculation that the high rental was a result of the Little India relaunch.

“Generally, the rent for Indian businesses, whether in Little India Kuala Lumpur or Klang, is high because the tenants themselves are willing to pay the high rent just to secure the shoplot,” he said.

Shanmuganathan explained that once the tenancy was reaching its expiry date, landlords would say they had found another tenant who was willing to pay more and would ask if the current tenant would care to match that offer.

“It happens all the time and frankly this should not be the way.

“This is a renters market and tenants should work together to keep rent at bay and not allow the landlords to get the upper hand,” he said.

Hotel trend in the making

As for Sri Kota, the talk on the ground is that a hotel is coming up at the site.

The location of the unit on the ground floor and facing the main road as well as the facilities nearby make it an ideal location for a budget hotel.

This brings us to the question of whether the township is seeing a proliferation of hotels, mostly of the two-star rating.

Of late, Brickfields has seen an increase in hotel projects in the township.

In the past five years, 10 hotels with a two-star rating popped up in the township, with a few more in the pipeline.

Shanmuganathan dismisses the theory that the high rental was a result of the Little India relaunch.

These hotels are two to four-storey high and usually managed by the proprietor.

They are located at affordable tourist spots, at intersections and close to facilities such as public transportation and eateries.

Shanmuganathan said the hotel trend was happening everywhere in Kuala Lumpur and not just Brickfields.

“In Brickfields, there is already an oversupply and this is indicative of the fact that the smaller hotels are already struggling to fill the rooms but I hear more are on the way,” he said.

Shanmuganathan, who owns a hotel in Brickfields, said sales were dropping, which proved that the market for hotels was already saturated.

For the hotels to survive, he said Little India needed to maintain its ethnicity and mixed businesses.

“We need the Indian restaurants as well as the saree and accessories shops to bring in business.

“Without the traditional shops, the hotels will suffer too.

“Thus, the tenants should work together and not try to outbid their competitors by counter offering higher rental,” he said. 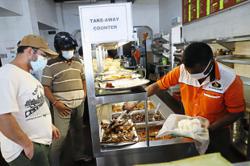 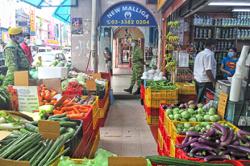