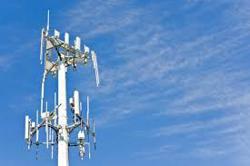 Telco towers that are not built according to safety regulations pose inherent health and safety risks.

THE increase in illegal telecommunication structures and high frequency antennas in Kuala Lumpur are putting the public at risk as these towers do not follow the guidelines from Kuala Lumpur City Hall (DBKL).

One such problem was its close proximity to residential housing, which exposed ignorant citizens to possible health risks.

A telecommunication tower installation company spokesman said towers that were not built according to safety regulations posed inherent health and safety risks.

“The basic requirement is that a tower needs to be sent for rigorous checks by the relevant authorities and obtain the correct permits before they can be erected.

“For those that are built without the right specifications, there might be instances where the buildings are not up to par.

“The public are at risk of falling materials or the possibility of getting injured from electrocution.

“There are some telecommunication towers that have cropped up in Damansara Heights and we believe some of them are illegal,” he said.

He added that although there was no conclusive evidence to show that radio frequencies from mobiles, computers and telecommunication towers could cause chronic diseases like cancer, prolonged exposure would indefinitely affect the surrounding neighbourhood.

“Towers built on unsanctioned sites in the city centre can breed ill activities.

“Economically, it is a huge loss for state governments as the fees collected for such buildings can be channelled back to the public,” he said, adding that it was evident from a Bernama report in February that there were 2,000 illegal telecommunication towers in Perak, which resulted in the state incurring revenue losses of at least RM20mil annually.

On the matter, DBKL could not be reached for comments.