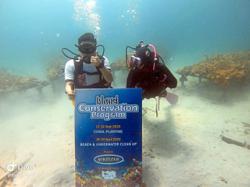 BOTTLES of thirst-quenching Spritzer Natural Mineral Water await participants of Ipoh Starwalk 2017 as they return from the 7km fun walk on May 7.

Spritzer Bhd, a Silver sponsor of the walk, is providing 16,000 600ml bottles of the natural water besides T-shirts for participants.

“Hopefully through Spritzer’s involvement in the event, we can encourage more people to join Ipoh Starwalk,” Chin said.

During the event, Spritzer will also offer promo packs consisting of the brand’s other products such as Spritzer POP, Spritzer Tinge and Spritzer+Fibre at discounted prices.

“There will also be games with special prizes to be won at the Spritzer booth,” Chin said after handing over the company’s contribution to Star Media Group at the Spritzer Ecopark in Taiping.

Spritzer Natural Mineral Water is extracted from a source 128m underground within a 133.5ha lush tropical rainforest far from contamination.

The company has won numerous local and international awards including being named the Largest Bottled Water Producer in Malaysia by the Malaysia Book of Records; Asia Pacific Bottled Water Company of the Year by Frost & Sullivan from 2010 to 2016; Trusted Brands Platinum Award by Reader’s Digest a total of 15 times; Superior Taste Award by the International Taste & Quality Institute of Brussels six times; and the Asia Excellent Brand Award for three consecutive years.

Spritzer Natural Mineral Water also won the Gold award in the Non-Alcoholic Beverage Category of the Putra Brand Awards in 2015 while earning itself the Brand of the Year (Water-Malaysia) title at the World Branding Awards in 2015.

Chin said the Spritzer Ecopark, which has an STG Café on site, was gaining popularity as a venue for family gatherings and company events.

“We’ve had many birthday parties, company dinners, teambuilding sessions and even garden weddings,” she said, adding that entrance to the park was free.

Opened in July 2015, the park is as large as 266 football fields combined. One of its main features is the Cactus Rock, which has been certified by the Minerals and Geoscience Department to be 214 million years old, dating back to the Triassic Period.

Ipoh Starwalk will be flagged off at 7am at the Perak Turf Club on Jalan Raja DiHilir on May 7.

The Platinum sponsor for the walk is YES.

Entry fee is RM13 per person inclusive of GST.

To participate, sign up at Star Media Group’s Ipoh office at No 8-10, Lorong Chung Thye Phin, from 9am to 5pm (Monday to Saturday, except public holidays). 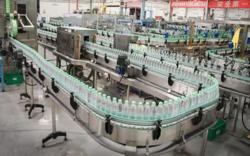