Government urged to have stricter rules for new drivers 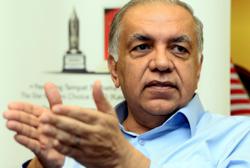 A young driver learning to drive at a driving school.

THE GOVERNMENT must consider introducing a graduated licensing system to tighten conditions for obtaining driving licences.

Under the system, an experienced driver will need to sit next to a new driver for a certain amount of years before the new driver is allowed to drive on their own.

Dr Thiyagar added that although probation licences are used in Malaysia, it would be more effective if an experienced driver were seated next to a person who has just received a licence to keep an eye on the new driver’s skills.

“New drivers, especially teenagers, tend to have high-risk behaviours, less experience controlling vehicles and gauging the proper speed. It is not unheard of for them to not use seat belts and text while driving.

“Some get influenced by their peers in the passenger seat to speed.

“Because of hormonal changes, teenagers are at risk of having less sleep at night and may feel drowsy in the morning making it dangerous for them to get behind the wheel,” he said.

Dr Thiyagar, who is also the president of the Malaysian Paediatric Association, said statistics show road accidents are a major cause of death and disability among teenagers.

A study by the World Health Organisation in 2004 showed that between 20% and 25% of deaths due to road traffic injuries involved teenagers.

Dr Thiyagar said another study by a Michigan University in 2014 concluded that Malaysia was ranked number 17 worldwide for the number of road traffic injuries.

He added that a study by the Malaysian Institute of Road Safety Research (Miros) in 2011 found that about 18% of road traffic injuries occurred within the vicinity of school areas and involved motorcyclists mainly.

He added that statistics provided by the police showed that 59% of road traffic injuries involved motorcyclists.

Motorcyclists have a higher risk of sustaining injuries because their vehicles are smaller compared to cars and it is easier for them to lose their balance.

“In most developed countries, there are special lanes for motorcycles, but in Malaysia such lanes are only available along certain stretches of a road.

“What makes the injuries worse is when a motorcyclist do not wear a helmet, and this is prevalent among teenagers.

“Since the brains of teenagers are still developing, they lack experience, get easily distracted and are less able to anticipate hazards ahead,” he added.

Dr Thiyagar added that a study carried out in 2005 on why teenagers did not wear a helmet had amazing answers from the people interviewed.

The study found that some did not wear a helmet because their friends were not doing so. Some felt it was cool not to wear a helmet. Others were were reluctant to use their helmets because doing so would involve leaving their helmets on their motorcycles, making the helmets targets for thieves. Yet others did not want to mess up their hairdo.

Generally, Dr Thiyagar said it is not only the job of the police to carry out enforcement.

He said other agencies are equally responsible to ensure the condition of the roads are good, have proper zebra crossings, and proper signage and markings.

Additionally, he said, the importance of wearing proper protective clothing and knowledge of road safety should be highlighted in schools.