Nazri: Application for RM150mil to restore colonial building yet to be approved

The StarMetro article on March 27

THE Tourism and Culture Ministry is not able to maintain the century old FMS Survey Department building in Jalan Tun Perak due to lack of funds.

Its Minister Datuk Seri Nazri Aziz confirmed that the building was under the ministry’s purview but a lack of funds have hampered plans to restore the building.

“It is our building, but we did not get any allocation from the Government for conservation efforts,” said Nazri.

“We have applied for RM150mil, but have yet to receive anything from the Treasury. We are still waiting.”

Nazri said that once the ministry gets the allocation, which he is hoping for this year, only then would conservation work start.

“We will be turning the place into an office for the staff of Kuala Lumpur Craft Complex who were previously located at Jalan Conlay.

When told that the building was already falling apart and has become a safety hazard, Nazri said: “What can we do? Without the funds, there is nothing we can do about it.”

Nazri was commenting on StarMetro’s report titled Crumbling Heritage, on Monday, on the former Federated Malay States (FMS) building which is falling apart.

It was built in 1910, but late last year, one of the spires from its dome collapsed.

Advocates for historical buildings say they feel “helpless” that they are unable to do anything to stop the deterioration of heritage buildings in the country.

International Council on Monuments and Sites (Icomos) Malaysia chairman Datuk Hajeedar Majid said he felt helpless that he could do very little to safeguard old buildings in the city.

“What can I do? I am just one man. I feel strongly for our built heritage and I am angry that heritage buildings are falling apart, but I am also helpless that I cannot do much,” said Hajeedar.

Hajeedar, who is also the National Heritage Council chairman, said the community and the government agencies involved were not unified in their stand and thinking with regards to the preservation of heritage buildings.

“Just take a look at the Rumah Degil issue, it was the last remaining traditional Malay house in Chow Kit. Why was it so hard to rally the community to rebuild the house after it was dismantled?” asked Hajeedar.

“Why were the Mandailing community, whose ancestors built the house, not championing the cause?

“In the end, all we do is lament and tell stories about them (old buildings), but we need to take a stand and be united together to safe our heritage buildings and perhaps even consider allowing stakeholders to manage or even consider privatisation.

“We cannot wait and witness the buildings to makan diri (self deteriorate). Any type of building, be it new or old, will eventually erode if there is no maintenance, so one needs to act quickly.”

“Like all other assets, we have to invest in them to increase if not maintain its value - architectural, social, economical and so on.

Mariana, who is also Icomos Malaysia assistant honorary secretary, said a thorough study, not ad hoc proposals, taking into consideration all aspects related to the new use and conservation of the building was necessary.

Such a study, she said would help produce a long-term and sustainable programme for the building.

“While that takes place, regular inspections and scheduled repairs will help manage further deterioration in the building,” added Mariana. 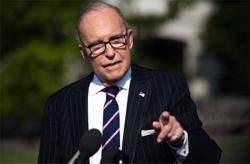