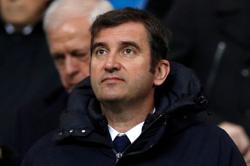 PETALING Jaya has won the national level “WWF-Earth Hour City Challenge” for the second time due to its “green” efforts in reducing energy usage and emissions.

At the international level, Paris was named the Global Earth Hour Capital for 2016, out of 125 cities from 21 countries.

Assessment of the participating cities was conducted by a jury, consisting of judges from international organisations such as the United Nations Habitat Programme, Asian Development Bank, World Resources Institute and others.

According to WWF-Malaysia’s head of market and education Thiagarajan Nadeson, the city was selected as the national winner because of its focus on areas in public transport, energy reduction incentives for residents and “green” buildings.

“The criteria for the city challenge is not about where you come from, or how developed it is.

“More importantly, it is about how you use your limited resources, manage the area and engage the community to make a positive environmental impact,” said Thiagarajan.

He added that the city council’s many sustainability measures, such as assessment rebates for eco-conscious residents, encouraging public transport take-up with its free PJ City Bus initiative were strong factors for its national win.

“Petaling Jaya still has lots of room for improvement, and if it manages to use its resources to really make an impact, we can see the city becoming a strong contender for the global challenge in the future,” said Thiagarajan.

Mayor Mohd Azizi Mohd Zain, who received the commemorative plaques from Thiagarajan, said he was happy for the win, and that the city council would continue to expand its green initiatives through the 2017 city council budget.

“We will continue our free bus service, and we will also expand our food bank programme, as we have received RM5.5mil in sponsorship from Bank Rakyat for three years,” said Azizi.

He explained that Petaling Jaya had generated 3,496 kilotonnes of carbon emissions in 2014.

“We have approved the retrofitting of all city council buildings, and with the Low Carbon City Action Plan 2015-2030, we can cut this amount by 30% by,” he added. 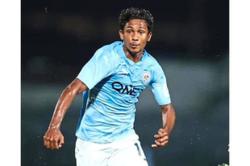