Paperwork a must to enter forest reserves

Tourists walking through the mossy forest board walk in Cameron Highlands. — filepic

THE hills are alive with the sound of ... hikers’ foot steps. More and more people are taking to hiking up and trekking through Malaysian hills and jungles these days.

A visit to a popular local Facebook hiking page Hiking and Camping Around Malaysia (Hacam), with over 90,000 members, has users posting regular pictures and selfies of their latest hikes and treks into Malaysia’s many forests, hills and mountains.

Since starting our bi-weekly adventure column, StarMetro received feedback from the public that many hikers were unaware that they need to have a permit to enter some of the forests, such as permanent reserved forests or hutan simpanan kekal (PRFs).

In reply to StarMetro’s query on the permit policy, Peninsular Malaysia Forestry Department director-general Datuk Seri Dr Abdul Rahman Abdul Rahim said it was compulsory to obtain one before entering a PRF.

“Unless you are entering an area declared as “open”, such as recreational forests (hutan lipur), you must apply for a permit before going for the hike” he added.

Many are taken aback that one has to pay an entry fee to enter a recreational forest.

The National Forestry Act 1984, which governs the management of Malaysia’s forests, allows for PRFs to be further sub-classed into different types.

“We organised 42 events in 2014, to encourage people to take up the outdoors. Since then we have slowed down as more and more hiking groups are going online,” said Hacam founder M.K. Rahman.

The Ayer Hitam Forest Reserve, an example of a PRF classed as a research forest, has often been the subject of illegal entry by hikers knowingly or unknowingly, in the past. Many are drawn to its waterfall and the clear blue river waters. – filepic

One of the group’s administrators Rachel Loke said she had come across posts in Hacam’s page where hikers had posted of trips, either knowingly or not, of entries into protected areas such as permanent forest reserves.

“It is not the norm for trip organisers to advertise that they have secured permits, even if they have done so.

“Moreover, there is also confusion or ignorance, whereby people equate a police report to an entry permit,” she added.

Loke said as hikers gain more awareness, they would ask the right questions to make trip or hiking organisers accountable so as not to trespass into protected areas illegally.

MK Rahman said many hikers, in their enthusiasm, would not be aware that entry into a forest was governed by the National Forestry Act.

“We are trying to create greater awareness through our groups. We also have officers from the Forestry Department and the Peninsular Wildlife and National Parks Department posting on our site too.

“They also post to inform the public about legal restrictions and what areas are off-limits,” said MK Rahman.

One thing that could be improved was the application process to enter protected forest areas.

To test out the application process, StarMetro called up the Selangor Forestry Department in Shah Alam to enquire about entry to Bukit Tabur West, which was part of the Klang Gates Quartz Ridge.

As it turned out, the entire Bukit Tabur area, including the popular Tabur East, Tabur Far East, Extreme and Extra hiking trails, were all within a permanent forest reserve, requiring an entry permit.

I was directed to call up the Selangor Tengah District Forest Department, along the Cheras-Kajang Highway, where we were advised to apply for the entry permit at least one week before the planned hiking date.

We were also told to include details such as the list of participants’ names, identity card numbers, telephone numbers and our planned hiking date, and faxing the list to the district department.

However, in a subsequent phone call, we were informed that applications and payment per participant (RM5 a head) could be done on-the-spot at the district office as well.

Comparably, entry into a recreational forest was simpler, such as at the Sungai Tua or Gunung Nuang sites, where payment and registration for entry was done at the entrance of the trail.

Hiking organisers such as Venda Venessa Vitales and Loke said the permit application process could be improved on.

Abdul Rahman says the permit system also allows the Forestry Department to monitor and ensure visitors’ safety while they are in the PRF.

“Currently, communications from the Forestry Department is severely lacking.

“Many people, including I, have found out the hard way after being denied entry at the trail head.

“If the department is serious about strict enforcement, the permit application should be eased, such as allowing permit issuance on-the-spot at trail heads, and enabling a more convenient system online,” Loke said.

The problem of jurisdiction is also another issue, such as the Janda Baik (Pahang)-Gunung Nuang (Selangor) route, where one has to go to the district forestry department in Raub, Pahang to obtain a permit aside from Selangor.

“One annoyance is getting the permit processed on time.

“Sometimes, you also get last minute participants and I have known a case where one group got banned from hiking a mountain because of a few of such participants,” said Vitales.

She added that for some trekkers who cared more about a quick and easy entry, adopted an “I don’t care” attitude, undermining the whole point of the permit system.

However, Dr Abdul Rahman clarified that the purpose of the permit system and its enforcement was to ensure that the protected forest or mountain did not exceed its “carrying capacity”.

In one such case is Mount Irau in the Cameron Highlands, the entire mountain, including its famed Mossy Forest was shut down from Oct 1 last year until mid-2016 to allow the forest to regrow after litterbugs damaged its natural beauty.

“Moreover, the permit system also allows us to monitor and ensure visitors’ safety if they get into an accident and we need emergency services.

“Also, take note that whoever enters a PFR without a permit, the individual or the organiser can be charged under Section 47 of the National Forestry Act, and be levied a fine not exceeding RM10,000, or a jail term not exceeding three years, or both if found guilty,” said Dr Abdul Rahman. 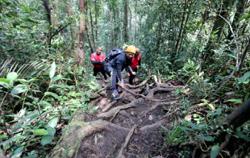 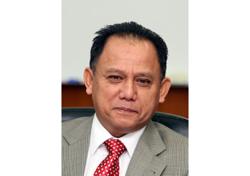