Cops going all out for Pokemon hunters

THE hottest PokeStops with frequently activated lure modules in the George Town heritage enclave are at the Little Boy Reaching Up mural, Acheen Street Mosque and Yap Temple along a 100m-stretch in Cannon Square.

After replenishing your supplies, and hopefully grabbing some PokeEggs and new Pokemons, head over to one of the most coveted PokeGyms just about 150m away, right at the beloved Children on Bicycle mural in Armenian Street.

Try your best to help your team increase the Gym’s prestige points and pound the enemy flat.

But be warned. This Gym is hot. Earn your defender points and free PokeCoins, but do not hope for your team to hold on to the Gym for long because the enemies come endlessly. Until 5am!

This place is so hot that resident Sarama Abdullah, 58, made a police report about the throngs of players outside her pre-war home late into the night.

George Town OCPD Asst Comm Mior Faridalathrash Wahid himself went there with a squad of his men at midnight yesterday to fathom the mystery of Pokemon GO, the global augmented reality game that keeps people out on the streets at ungodly hours.

Sarama showing the police report she lodged about the throngs of players often spotted outside her pre-war home in Cannon Street, Penang.

The police went to advise them to behave themselves and fined those who illegally parked their cars and motorcycles.

Apparently, part of the reason for this area’s popularity is that when you Google ‘Pokemon Guide Penang’, the number one result is the webpage of a Penang-based digital creative agency, Marketing Connection.

Uploaded on Aug 7, a day after Pokemon GO was launched in Malaysia, the webpage in www.maconn.com declares that the top five Pokemon GO spots on Penang island are Gurney Paragon, the heritage enclave, Universiti Sains Malaysia, Queensbay Mall and Krystal Point.

Within these locations, the page pinpoints where the best PokeStops and PokeGyms are.

“We worked it out based on our field research. People are constantly activating lure modules in these areas,” said Marketing Connection founder Xavier Tsai, who has a rare Snorlax with 1,300 combat points (caught in Gurney Paragon) and an Aerodactyl with 1,014 combat points (hatched from an egg after walking 10km).

ACP Mior and several policemen advising some Pokemon GO players not to make so much noise and cause disturbances while playing the game in the areas of Acheen Street and Cannon Street.

For the uninitiated, lure modules activated at a PokeStop will draw wild Pokemons for any player within the area to catch. It lasts 30 minutes.

And this is how the game finds rhyme, reason, form and function in the real world.

“PokeStop locations are decided by the game maker, Niantic, and if you have a PokeStop near your shop, you can use it to increase the people flow,” explained Tsai.

Two boys absorbed in the game beside a steel mural in Cannon Street.

Tsai said Niantic used to accept applications from people who want a PokeStop or Gym near them but not anymore.

“The game maker now only accepts applications to remove them because some are near places of worship or restricted areas,” he added. 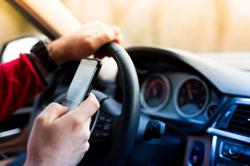