SAFETY is paramount when dealing with electrical appliances.

In fact, Malaysia and all Commonwealth countries follow the International Electrotech-nical Commission (IEC/MS) standards for the use of electricity and electrical appliances, as well as Standards and Industrial Research Institute of Malaysia (Sirim) product certification and Energy Commision (EC) approval for controlled items such as the residual current circuit breaker (RCCB), earth-leakage circuit breaker (ELCB) and residual current circuit breaker with overcurrent protection for the use of instant water heaters.

Despite this, an average of 29 people die every year from electrocution in Malaysia, according to the EC report.

The company has been researching technology to combat the dangers of electrical leakage in electrical appliances for more than 20 years,

“Without it, residual current leakages may cause harmful electrical shocks if the human body comes in contact with a faulty appliance,” he said.

Tan explained that the second key element was to keep residual currents from faulty appliances below 2.5mA, using an electrical shock test conducted by Underwriters Laboratories (UL) in the United States as reference.

“From this test, we can see that a current of 3.5mA or above already has the potential to cause harm to a human body.

“This is why our goal is to keep residual currents below 2.5mA,” he said.

Incorporating these two key elements, Antishock has devised a power protection system, complying with the EC electricity regulation 1994 of 35 and 36, with a goal to ensure no one has to suffer fatal injuries from faulty electrical appliances again.

The “IBES Antishock and IBES Smart DB system” is an intelligent, innovative and user-friendly system for electrical appliances and home power protection.

The system works by constantly checking whether there is a functionable ground conductor, or faulty appliances with a residual current exceeding 2.5mA (user defined).

If for some reason an electrical appliance, such as an instant water heater, losses ground conductor continuity or has a residual current exceeding 2.5mA, the system will automatically detect this and isolate the power source to between less than 30mS.

In short, the unique system will always ensure that the ground conductor is properly in place if electrical appliances are used.

Besides being safer than older methods of electrical safety which are generally operated manually, Tan added that they also took user-friendliness into consideration.

“From our research, we found that users generally don’t know what to do when it comes to electrical maintenance.

“That is why we devised a system which has the function of self-diagnosis with an automatic power reset operation, so users don’t have to manually maintain the system.

“We have also included a remote control feature which makes it even safer as users don’t have to touch any existing wall mounted ELCB/RCCB for manual testing purposes monthly.”

The new system is expected to be launched soon as Antishock already has a product certification issued by Sirim and EC from 2014, and recognition from existing clients. 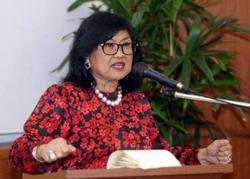