Bringing change to the community

Impressing the judges were team ‘4Nature’. (From left) Khind Starfish Foundation board of trustees Victor Leong, Chow, Leong and Cheng.

IT’S NOT often you see university students juggling their time between studies and thinking of ways to help those in need.

Students under the Khind Starfish Foundation (KSF) “Projects for Happiness” initiative, established by Khind Holdings Bhd, have done just that.

A diverse mix of 16 grassroots projects were created and executed by them last year, from volunteer-based tuition and robotics programmes for underprivileged students to publishing a book aimed at preserving the heritage of Kajang.

The “Projects for Happiness” 2015 edition culminated with each team presenting their stories of fostering positive changes in different communities.

“Robotics is for everybody as it is used in daily applications. But because it is considered expensive, underprivileged children lack exposure to this subject,” he shared.

Of the many audience members in attendance during the final presentation were a panel of judges, whose task was to decide which project was the most innovative and impactful to the community.

Team “4Nature” from Universiti Utara Malaysia was deemed the most impressive for their project focusing on educating farmers on organic farming in Kedah and Perlis.

“We also taught them how to produce organic fertiliser so they need not buy it as that can be costly,” said Leong.

“Plus, the farmers contributed some of their earnings to help a children’s home,” he said.

Motivational consultant Dr Sia Ah Hiok was equally impressed because the students applied what they had learned in university to real-life situations.

“Besides passion, other aspects like money management is vital. Some of them have a lot of ideas, but when it comes to execution, they fumble,” said the judge who is in the panel for the third year.

The “Projects for Happiness” initiative by KSF allows undergraduates to design projects that have a positive impact on impoverished communities in Malaysia.

Participants are encouraged to use innovative and creative techniques to create projects which focus on education, poverty eradication, culture and the performing arts.

Projects are then carefully selected and given up to RM10,000 each.

KSF chairman Cheng Ping Keat said that this year, they had already approved 20 projects and expect to select more. “We started this project to encourage the spirit of volunteerism among university students and to encourage them give back to the community,” he added. 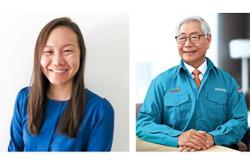