New logo for KL may be changed

He said everyone had their own opinion on it with some good and some bad.

“It can be improvised and improved depending on the tourism bureau.

“The changes could be made based on feedback from the public,” he said after a meeting with Kuala Lumpur MPs.

Some Kuala Lumpur MPs who attended the meeting also voiced their dissatisfaction with the new logo.

Lembah Pantai MP Nurul Izzah Anwar said some MPs said the design was “bland” and there was nothing memorable about it.

“However, the mayor did say that he would take our suggestions into consideration but he said it had been funded by a private company.

“I think the whole process lacked transparency and accountability, ending up with this disastrous branding for the country,” she said.

She said DBKL should have followed due process and set out to find the best designers in the country.

“It is quite mind-boggling that we already have a horrible product and no one actually knows how much was spent on it and from where,” she said, adding that there had been no mention of how much the private company had spent.

Meanwhile, Amin Nordin also said that the 50% discount for development charges that had been given from September last year would be stopped by the end of June.

“We found out that the projects that had been approved did not start work within the six months we had given them after approval,” he said.

Because of this, he explained, DBKL was losing revenue of RM400mil.

“We will take action against developers by pulling back the discount,” he said.

He said he did not have the figures in hand on the number of projects approved with the discount.

It was reported on Sept 25 last year that property developers had rejoiced as City Hall announced the discount for high-density projects starting that month.

DBKL Urban Planning Department director Sharom Ujang said the discount served as an incentive to encourage developers to continue building the city despite the slow economy. 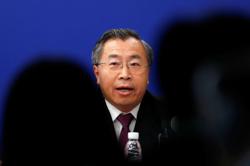 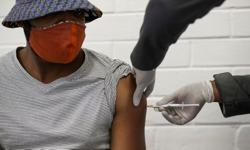