SEVERAL groups have submitted a joint memorandum to the state government against the degazettement of forests to make way for the Sungai Besi-Ulu Klang Expressway (Suke) project and Damansara Shah Alam Highway (DASH).

The memorandum, addressed to Azmin and Selangor Forestry Department director Mohd Puat Dahalan, stated that the degazettement of forest reserves should not be allowed as it went against the efforts of the Sultan of Selangor to promote environmental conservation.

It asked the state government for an immediate stop to any efforts to degazette forest reserves.

They said highways were not the first and only answer to traffic congestion in the state.

The forests that will be affected are Bukit Cherakah Forest Reserve and the Sungai Buloh forest for the DASH project while the Bukit Sungai Puteh Forest may be degazetted for the Suke project.

Last week, the Save Green Lungs group submitted a petition containing 10,000 signatures to the state Forestry Department to protest the proposed degazettement of the Sungai Puteh Forest Reserve in Ampang to make way for Suke.

SNTS chairman Agos Hasan and SNTD spokesman K.W. Mak said they were disappointed the issue was not raised during the state assembly meeting.

“Why are our elected representatives not talking about it?,” Mak questioned.

Peka president Datuk Shariffa Sabrina Syed Akil said that they did not want any development that would destroy the environment.

“This is a misconception. We are not against it but we are calling for balance,” he said. 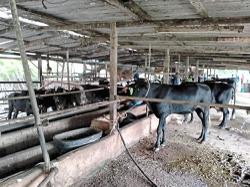 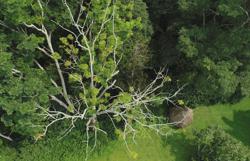