Equator College students busy snapping photos of the smart dolls which Danny (centre) brought to his talk on ‘Road To Mirai —How I Built My Brand’ at the college. With him is Pauline (second right) and Jason (left). — Photos: GOH GAIK LEE/The Star

STARTING a journey with big ambitions was not easy, especially for Culture Japan director Danny Choo, who invented the smart doll.

Danny created the 60cm-tall vinyl doll, which is a 3D digitally printed smart doll, from scratch.

“I aspire to make them as international fashion dolls, besides working on them to be able to give those who own them Twitter and Facebook notifications, just like any smartphone, teach Japanese or to be used as a GPS device.

“However, when you have big goals, be ready to fall hard too.

“But be sure to quickly get up and chase after your goals again,” he said in his ‘Road To Mirai - How I Built My Brand’ talk at the Equator College in Penang yesterday.

“Networking skills are very important in the business industry. When you are good in these skills, you will find it easy when you are out there to find your market.

“Besides that, you also have to make sacrifices when you are starting your own business,” he said, as he recalled how he had to move into a tiny home with his wife after turning his own home into a workshop-cum-office.

‘Mirai Suenaga’ — the anime heroine of 2007’s Mirai Millennium film, is also being incorporated in other Japanese anime series, dramas and games.

Danny sharing his journey to success with the students during the talk.

“After a long wait, I successfully opened my first Mirai Store Tokyo last year, featuring all my different smart dolls,” he said.

Danny, who is Tokyo-based, will be presenting his line of articulated fashionable dolls at the 2016 Penang Fashion Week in Gurney Paragon Mall today.

The dolls are a fusion of art and innovative moulding methods, specially designed for those who enjoy taking snapshots of mannequins in the most creative ways.

The dolls also come with their own line of well-fitted apparels and shoes, made using the same techniques as human footwear.

Danny, the son of Malaysian shoe couturier, Datuk Jimmy Choo, shared his journey about establishing his own brand with the Equator College students.

The one-hour talk allowed the students to get a closer look at the dolls and there was also a question-and-answer session.

The initials ‘SM’ from the word Smart is an abbreviation for ‘Social Media’, while the rest refers to the word ‘Art’. 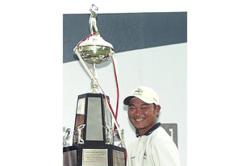 A sweeping epic – the day Danny conquered a ‘typhoon’