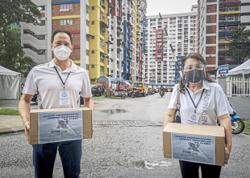 Adnan showing the chart on the different government agencies as well as non-governmental organisations coming together to form a one-stop centre at the transit centre in Jalan Pahang.

The Federal Territories Ministry is urging soup kitchens and non-government organisations (NGOs) that are feeding the homeless to register with the ministry.

Its secretary-general Datuk Seri Adnan Ikhsan said this would help in organising them in their food distribution.

“We realised there was a lot of food wastage. If we coordinate them, we can help prevent this.

“This is also in line with our long-term plan that all food distribution will be centralised at the Transit Centre for the Homeless in Jalan Pahang and the Medan Tuanku Feeding Centre,” he said during an exclusive interview with StarMetro.

He said the centre would also increase the safety of the homeless when they turn up to take food, ensure that they are more orderly and stop them from littering everywhere.

Since the transit centre opened on Feb 10 and up to March 13, 199 homeless individuals registered there but about 70 of them had left within the month.

Adnan said that some had left because they found jobs and others went back to their hometown.

“There are 15 government agencies involved in providing various services including finding jobs, counselling and health services.

“The Labour Department and JobsMalaysia, which is a government agency, help in job-matching the occupants.

“Some 20 people have sent in their forms and are in the midst of being found jobs,” he said.

“We are in the process of going through applications and various factors are looked at when considering eligibility, including having a job to pay rent,” he elaborated.

Adnan said the centre did not have a specific budget to manage itself.

“The administrative committee handles the policy-making as well as finds funds for the centre, including sponsorship from companies, as the monthly cost for running the centres is RM80,000.

“This includes paying staff salary, utility bills and laundry charges to wash the bedsheets,” he said.

He urged companies to contribute to the centre as part of their corporate social responsibility.

On future plans, he said DBKL was in the midst of obtaining two four-storey shoplots for a third shelter.

“It will probably be for single mothers and their children,” he added.

According to Adnan, the centre in Jalan Pahang follows a low barrier concept where the administrators note down only basic information of the homeless individual who wants to stay.

“When they are more at ease, we will talk to them and find out their problems and how to resolve them,” he said, adding that the staff would observe first if it was necessary to perform a check-up on those that showed symptoms of being unwell.

Adnan said the standard operating procedure for a person who arrived at the transit centre was to register using their MyKad.

“They are required to bathe first before they can enter and then they will be assigned a bed to sleep,” he said.

He said National Welfare Foundation staff, who are helping to run the transit centre, would ask the individual about their background and conduct counselling to find out the homeless individual’s problems within the first two weeks.

“The next two weeks will be about channelling them to relevant agencies and proceeding from there,” he said, adding that the maximum period a person could stay at the transit centre was four weeks.

Two NGOs that are feeding the homeless at both the centres commended the Federal Territories Ministry, DBKL and Malaysian Resources Corporation Berhad (MRCB) for their efforts in building and running the shelters.

Pertiwi Soup Kitchen founder Munirah Abdul Hamid said her main concern at the moment was the oversupply of food and other supplies provided by NGOs to the homeless.

“There is a duplication of things given by different groups.

“What then happens is that the recipients sell the extra items at pasar karat (public midnight markets) in Lorong Haji Taib and Kota Raya,” she said.

She suggested that the Federal Territories Ministry build a resource centre for mothers and children.

“It can be where the diapers, strollers and other resources are kept for distribution. So it is all done in one place and we will then know who has received the items and who has not,” she said, adding this could temporarily be done at the centre in Jalan Pahang.

As such, she supported Adnan’s call for all NGOs to register with the ministry.

“This way things will be organised and there is no wastage,” she said.

She said mothers who are not working can take care of the children during the day if other mothers need to go to work.

“NGOs can be roped in to help train these mothers in taking care of the children,” she said, adding that the single mothers could be taught how to be self-sufficient at the centre as well.

However, Munirah stressed that this should be a set-up on its own at another location, where there is space for children to play outdoors but in an enclosed area instead of on the streets.

“I would prefer if the ministry could find a piece of land similar to the transit centre for the next shelter, with open-air space, instead of the two shoplots they are considering.

“We are not keen on serving food and providing services in an enclosed area as some of the homeless may be infected with diseases such as tuberculosis (TB) which can easily spread in enclosed areas,” she added.

“This is one part I feel is lacking at the moment, to help them reintegrate back into society.

“Food we can provide anytime but it will not solve the problem because some have suffered so much in the past. The root of the problem remains when the person is not emotionally healthy.

“They will still disappear from work or continue to hop from job to job,” Cheah added. 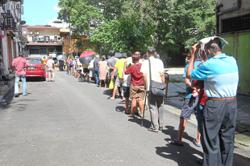 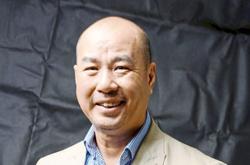