Perak mourns the loss of an educator

The SMJK Sam Tet brass band (left) performed a tribute to the late Brother Vincent as his casket was being carried to the burial grounds of St Michael’s Church.

THE LATE Brother Vincent J. Corkery will always be remembered as an affable and unassuming mentor by his former students at St Michael’s Institution.

The longest-serving La Sallian Brother, who had passed away Tuesday afternoon at the age of 87 due to pneumonia, had spent most of his life at the school.

The Irish teacher, who was posted to the school in 1958, was always known as “Mr Nice Guy” to old boy Nicholas Chin.

“When I was studying back then, Brother Vincent was already Brother Director of the school.

“Although I never got the chance to know him as a teacher, this didn’t stop him striking up conversations with my friends and I whenever he saw us sitting around in school.

“He’d come over to ask about our families and our studies, and it was through these conversations that I saw him as a caring person,” said the 43-year-old assistant manager when met at St Michael’s Church during the wake for Corkery on Wednesday.

“He took over from Brother Ultan Paul as Brother Director in 1971, and unlike Brother Paul who was strict and often caned students who misbehaved, Brother Vincent never scolded us.

“Even when reprimanding us for breaking school rules, he made it a point to advise us,” he said.

St Michael’s Institution old boy Cheng says he has deep respect for Brother Vincent as he was one of the kindest people he met in school.

Chin added that one of the most unforgettable things Brother Vincent told him was to never stop feeling proud of being a Michaelian.

Fellow old boy Adrian Tsen, 66, said throughout his 50 years of knowing Brother Vincent, he never heard him raise his voice over any matter.

“Back when I was student, he was the same. But he had the ability to talk to you nicely and make you feel sad for your wrongdoings,” he said, adding that he was only in Standard One when Brother Vincent first arrived at the school.

Tsen said, after becoming head prefect in Form Four, he got the chance to interact more with Brother Vincent as the latter was the adviser to the school’s prefectorial board.

“Apart from his mellowness, he was very humble, and he was an intellectual person who thought far ahead of his time,” he said.

Tsen, now the chairman of a property developement company, expressed that the passing of Brother Vincent meant that he had lost a good friend and a mentor.

The president of the Old Michaelians Association (OMA) was in Kuala Lumpur when he received a call from another La Sallian Brother, Brother Matthew Bay.

“He told me that Brother Vincent wasn’t doing too well in the hospital, and it seemed that he was in his final hours.

“I messaged everyone I knew in OMA and urged them to go to the hospital to see him,” he said.

According to Tsen, Brother Vincent had been admitted into the hospital two weeks earlier due to breathing difficulties.

Another former St Michael’s Institution student Cheng Kok Wah, 75, said he respected Brother Vincent greatly as he was one of the kindest people he knew in school.

“He was also one of my favourite English teachers in school. He never scolded us, even when we misbehaved.

“And you know, boys being boys, we were all over the place. But he was ever-so patient with us.

“He was also very easy to talk to, and he became more than just a teacher to me,” Cheng said, adding that Brother Vincent often treated his students like his own brothers.

Well-wishers scattering soil on to the casket at the burial.

Although he knew that Brother Vincent had been in the hospital for a while, Cheng said he was still deeply saddened by the news of his death.

“But, I’m sure that he is resting with the Lord now,” he said.

Cheng’s friend Paul Leow, 76, who is studied in St George’s Institution in Taiping, said he had often gathered with Brother Vincent along with other La Sallian Brothers such as Matthew Bay and Patrick Liew.

“At an advanced age, Brother Vincent was still very active at the La Salle Centre in St Michael’s, even right before he was hospitalised.

“He often gave lessons in Catechism, and my wife was very attached to him. We both respect him as a great teacher,” he said.

Yesterday, hundreds of Michaelians and well-wishers from all walks of life gathered at the St Michael’s Church to pay their last respects to Brother Vincent at 10.30am.

The casket arrived at the church after it was first taken to St Michael’s Institution earlier at 8am for students to pay their respects.

Stanley held his picture as the cortege moved his casket to the burial grounds of St Michael’s Church.

Among those who delivered their eulogy for Brother Vincent were Brother Visitor of the La Sallian East Asia District Brother Edmundo Fernandez and old boy Tan Sri Lee Oi Hian.

At noon, Brother Vincent’s casket was finally placed into a prepared grave in the church’s burial grounds. 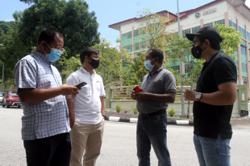 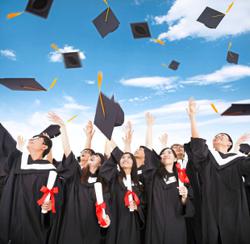