“Outdoor advertising state-wide needs to be regulated. Advertisements on shoplots must conform to a standard size while the placement of billboards and digital advertisements along main roads need to be governed. We drafted the by-laws and it is now with the Attorney-General’s Chambers awaiting approval,” he said.

He added that currently there were no uniform by-laws for the state government to govern outdoor advertisements.

“With the demand for outdoor advertising growing in Selangor, some districts are burdened with huge advertisement boards. We need a comprehensive legal framework at all local councils to address the boom in outdoor advertising,” he said.

Ean Yong rubbished talk that the state wanted to ban billboards but added that the new laws were meant to regulate outdoor advertising in a fair manner to help businesses thrive.

“We need to regulate outdoor advertising with the aim to implement a one-stop centre approach to obtaining authorisation and permits,” he said.

He added that the new laws would ensure applications were processed within a reasonable time frame, be in compliance with the local council’s planning regulations and are within fire safety parameters with reduced red tape, and increase revenue from outdoor advertising.

“All this while, outdoor advertising regulations were left to the discretion of local authorities.

“Petaling Jaya City Council (MBPJ) had come out with a set of regulations that were implemented in January this year.

“We used PJ’s framework and consulted various stakeholders, including the Fire and Rescue Department, to draft the new laws,” added Ean Yong.

He said the new laws included digital screens and were more comprehensive.

He was responding to an earlier StarMetro report of large advertisements that covered windows of buildings making them a fire trap.

MBPJ Development Planning Department assistant director Mohd Bakri Salleh said the PJ Outdoor Advertisement guidelines would allow billboards to be 30ft x 20ft, unipole to be 60ft x 40ft, standard shop signage to be 4ft x 20ft while the advertisement on a building façade must not be more than 80% of the total wall area.

Based on the guidelines, the 80% does not include the ground level and advertisement structures on the roof are not allowed.

“Our aim is to standardise the advertisement sizes on building facades and ensure public safety,” he said.

Meanwhile, MBPJ licensing department director Sharinaz Samsudin said her department had a team of 40 officers checking on licences for outdoor advertisements and premises.

“Our aim is to build up an inventory on business premises and their licence requirements.

“We want business outlets to comply with all the by-laws.

“With our team going to each business premises, it will show that MBPJ is serious and want all regulations adhered to,” she said, adding that last year MBPJ issued 40 notices to outlets that did not comply with the council’s licensing guidelines and 11 advertisement boards were taken down in the PJS 8 area. 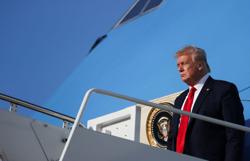 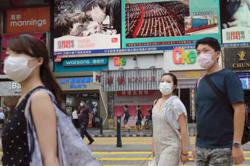