ISKANDAR PUTERI: Education has always been one of the essential pillars for strengthening and deepening bilateral relations, said British High Commissioner Vicki Treadell.

She said this was evident as other British universities have expressed an interest in wanting to join the current five higher education institutions which already have campuses in Malaysia.

“There are a couple of universities that are keen to have their campus here but I am not revealing any names,” said Treadell.

She was speaking to reporters after the inauguration ceremony and official opening of the University of Reading Malaysia (UoRM) campus at Educity@Iskandar here.

Treadell said that currently, there are about 17,000 Malaysian students studying in Britain and another 60,000 students in British-linked courses in local higher education institutions.

Meanwhile, UoRM provost Prof Tony Downes said the campus aims to enrol up to 400 students in its first year of operations and 3,000 students in the next five years with non-Malaysians making up 30%.

The university, which started operating five months ago, offers undergraduate programmes at half the equivalent tuition fees in Britain. 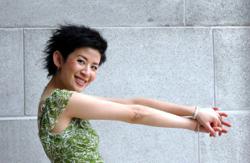