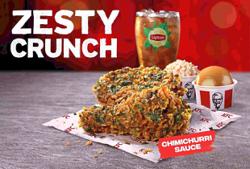 Ahmad Khusaini wrapping chicken before it is baked.

SEEKING to capitalise on the purchasing power of the Muslim demographic, chef Ahmad Khusaini Mohamed Hashim has ventured into introducing a halal version of Ipoh’s famous salt-baked chicken, or yim kook kai in Cantonese.

Ahmad Khusaini, who is alos director of the company Chef Uni Catering and Trading, said he decided to act after after coming across Muslims who were curious to try salt-baked chicken.

“Salt-baked chicken is famous in Ipoh. It is a brand by itself and hordes of non-Muslim tourists from Kuala Lumpur, Penang and Singapore buy the chicken whdn they come to Ipoh,” he told The Star.

“Many Muslims are actually curious about the dish and want to taste it but they can’t,” he said.

“I saw this as an opportunity to cater to the Muslim market and tap the interest in a niche market,” he added.

Ahmad Khusaini said there is a perception that the chickens are very salty because of the name.

“I do get questions from customers about whether the chickens are salty like salted fish.

“I tell them the name is derived from the cooking process, in which rock salt is used externally when baking the chicken,” he said.

Having started the venture about three months ago, Ahmad Khusaini said he learnt to make the chicken from a sifu.

“I’ve asked the master to teach me and he was willing to do so.

“I am a chef, so it didn’t take long for me to learn how to make the chicken,” he said, adding that he has been in the food industry for 23 years, having owned restaurants in the past.

“I’ve also managed to get a premises from Mara at the Halal Park here in Tambun,” he said, adding he invested RM30,000 to set up the small business.

“It’s a small family business and I’m assisted by my wife and co-director Nur Sharon Shazryna Cheong,” he added.

Ahmad Khusaini says the ingredients for his products are similar to the ones being cooked and sold by non-Muslim traders.

“All the ingredients like the tang kuei or Chinese Angelica, ginseng and some Chinese herbs are obtained locally.

“These are all just herbs, mostly used for medicinal purposes and can be bought from shops selling halal herbs and spices,” he said.

“We are also using organic kampung chickens,” he said, adding that the birds are marinated overnight and baked for two hours.

“We bake about 100 birds daily,” he said, adding that he came up with two flavours for the salt-baked chicken – original with tang kuei, and black pepper.

Ahmad Khusaini said the finished product has been getting positive and encouraging responses from customers.

“We are selling the chickens at the farmers market near the Perak Stadium every week. We can sell between 50 and 70 birds within two hours,” he said.

“There are already returning customers who just can’t get enough of our chicken,” he said, adding that he also delivers between 50 and 100 birds to stockists in Kuala Lumpur, Kulim, and Seremban.

Ahmad Khusaini said he is also selling home-made chilli sauces to go with the birds.

A salted chicken with some herbs ready to be cooked.

“There’s the normal chilli sauce and another made from cili padi,” he said.

On his future plans, Ahmad Khusaini said he hopes to penetrate the global halal market within two years.

“There’s a global halal market worth US$2.3bil (RM9.89bil) waiting to be explored.

“I think that it will do well globally, especially in the Middle Eastern markets,” he added.

Ahmad Khusaini said, as his business is still new, he needs to first work on marketing and promotional plans to sell the chickens locally.

“I think it will be a challenge to convince the Muslim market to try a dish made famous by Chinese.

“I am working on a marketing plan now and aim to carry it out in the next few months,” he said.

Ahmad Khusaini also said he plans to introduce a new flavour for his salt-baked chickens.

“I am working on a new variety using local herbs like tongkat ali.” he said. 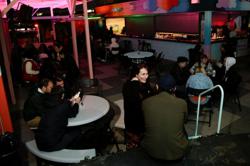