Smart TV made for Malaysians

1 Models checking out the new range of Haier televisions.2 A guest looking at the specifications of the U5000 series Smart TV. — Photos by SAM THAM/The Star

Haier Electrical Appliances managing director Shi Zhiyuan expressed confidence that the product, with its reasonable price and technology, would do well in Malaysia.

“In addition to delivering cutting-edge technology, Haier has taken the lead in customising the U5000 series Smart TV for the Malaysian market.

“It is loaded with content that is popular in Malaysia and retailed at an affordable price range,” said Shi.

Haier Electrical Appliances product manager Soo Ze Xin said the television with its simple and neat user interface similar to an Android-powered smart phone could be used by all.

Operating on the Android 4.4 “KitKat” system, the television also enables unlimited download of supported apps in addition to select apps which have been pre-installed for customers’ convenience.

“The Smart TV is customised with search engine, video streaming, online shopping and flight booking apps as these are the most used by Malaysians, based on our research,” said Soo.

“With GMS certification, the televisions will have Google Play Store installed, enabling access to unlimited and full scalability of apps download,” said Soo.

As an added bonus, a half-year subscription to The Star e-paper will be given for free to the buyers of U5000 series 49-inch Smart TVs.

Smart Tag is not smart at all toll booths 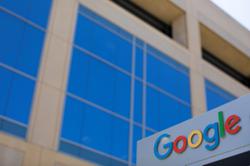