The Bercham market is housed in a two-storey building. — Photos: RONNIE CHIN/ The Star

KNOWN as Wo Tau Kok in Cantonese in the 1950s, Bercham is now a far cry from the simple, fenced-up new village that it used to be.

During the British colonial period, many Chinese residents from Chemor, Tanjung Rambutan and Tambun were forced to relocate here under the Briggs Plan to protect people from communists.

Around 945 families settled in Bercham after the new village was formed, mostly in wooden houses built on their own.

Many of them relied on farming and tin mining to get by, as large mining ponds were commonly found there then. Bercham, now a densely populated township, used to be a fenced-up new village established in the 1950s by the British.


Fishmonger Lam Kam Yoon said no one had any idea how Bercham got its name in the beginning, but Wo Tau Kok was apparently named after a type of vegetable.

The 70-year-old, who has lived in Bercham since the new village was formed in 1952, clearly recalled what life was like for him back then.

“I was seven years old when the British forced my family and I out of Tambun. Each family was given a piece of land measuring 14m by 27m within the fenced up new village.

“We used wooden planks to build our house and used vegetation as roofing. Life was very simple for us then,” he told MetroPerak.

Lam, who comes from a family of eight, said his father became a tin miner after they moved.

“But my mum was a rubber tapper. She still had to travel out of Bercham and head back to where our estate was in Tambun to work.

“Every morning, they would open the gates at 6am and close them at 7pm. My mum had to go out and come home within those times or she’d be locked outside.

“My two brothers, three sisters and I stayed at home and planted vegetables like sweet potato and yam so that we could cook it for our meals,” he said.

Lam said he learnt that the strict curfew was a major inconvenience to other villagers who worked as vegetable and meat suppliers. SJKC Bercham is the biggest Chinese primary school in Perak, with a population of over 2,300 students.


“Before living in the new village, they had to head out as early as 2am to send their goods over to the Central Market in Ipoh.

“Being several hours late because of the curfew affected their business. Most of the shoppers who went to the market would be there early in the morning. Farmers would lose out when their goods arrived late,” he said, adding that most of the shoppers back then were from the Menglembu area who could travel at any time as it did not have a curfew imposed.

Apart from farming vegetables, Lam said his family used to rear pigs behind their wooden house.

“It was a very common thing among the villagers. For every 15 houses in the village, at least five of would have pigs in the compound. It wasn’t so much a big business opportunity; we just wanted to make some extra income.

“Our family bought three piglets. When they grew, we sold them off and kept the money for our family savings,” said Lam.

Tractor dealer Wong Liaw Ming said, back then, Bercham looked more like a rural area as there was lots of vegetation everywhere.

“Now it’s totally different. From one new village, it has expanded to over 90 residential areas.

“When I was a kid, we didn’t even have a Bercham market. Now, our market is located in a double-storey building. Times have really changed,” said the 59-year-old. Gudwara Sahib Bercham, painted a glorious golden yellow, is among many of the places of worship located in the suburb.


Reminiscing about the carefree days of his youth, Wong said he used to go swimming and fishing in the mining ponds and rivers with his seven siblings.

“The water was clean and clear. Sadly, the mining ponds are all gone now, as they have been filled in to make way for new infrastructure,” he said.

Wong also said his parents did not need to bother much about his siblings back then as safety was never an issue.

“We could leave our house doors open and robbery would be the last thing that could happen. But now I have to keep an eye on my kids all the time.

“Although Bercham has been developing rapidly over the years, it is sad that the current generation can never get a taste of the carefree life we used to experience,” said the father of two children aged 11 and 20.

The former tin mining village is now home to around 200,000 residents in Ipoh. Taman Desa Kencana was developed as Bercham’s very first residential area with single-storey houses in 1976.

SJKC Bercham is also the Chinese vernacular school that plays host to the most students in Perak, with a student population that numbers over 2,300.

Bercham village chief Lim Huey Shan pointed out that the Chinese community that settled in the new village back then are mostly business owners now. 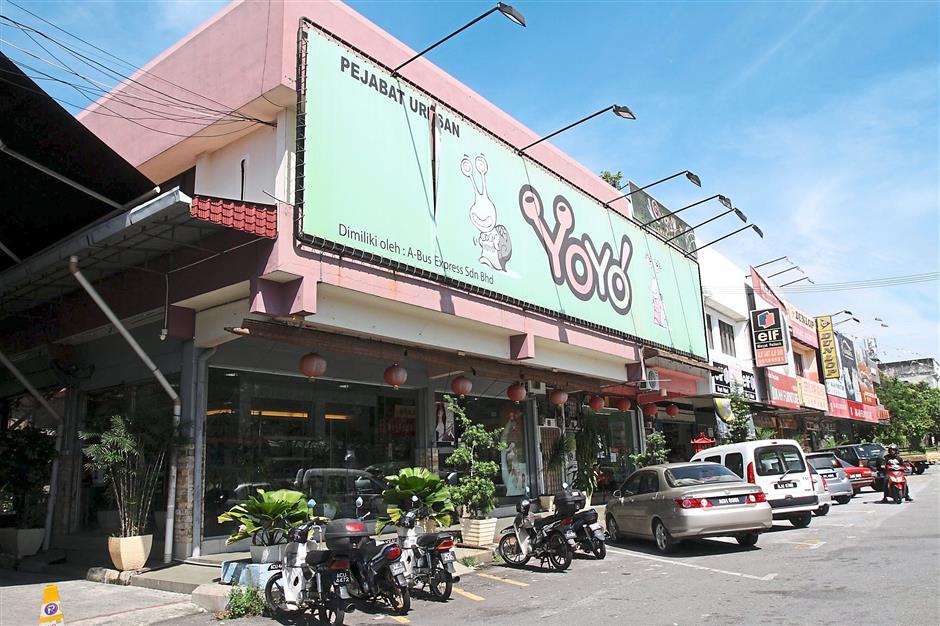 Yoyo Bus provides shuttle bus service for the convenience of those travelling to airports in Kuala Lumpur.


This has paved the way for Bercham’s rapid development into a satellite town, giving rise to many light industries, small and medium-sized enterprises, fast food joints and large hypermarkets like Tesco Extra, Econsave and Giant.

Apart from all this, Lim said there are many Buddhist temples, Sikh temples and other places of worship as well.

On Bercham’s potential for tourism, he said: “I think we could succeed as Ipoh’s very own Chinatown, as 85% of residents here are Chinese,b ut there is still a long way to go for this plan to come to fruition.”

Although Bercham has many residents, Lim said only a third are full-time residents.

“I think at least two thirds of the population, especially the youths, have moved to bigger cities like Kuala Lumpur and Singapore for better job opportunities.

“It is only during election period and holidays that we see so many unfamiliar faces around,” he said.