The once-popular Wisma Central has a new lease on life

Former hot-spot: Wisma Central, which has restaurants and offices, is known to all locals.

BEFORE the Twin Towers claimed the pride of place in Kuala Lumpur, the modest structure of Wisma Central in Jalan Ampang was once “the” place to be.

Today, under the shadow of its big neighbours Suria KLCC and a soon-to-be completed Four Seasons Hotel in 2018, the almost 40-year-old building battles to remain relevant in the concrete jungle.

Seeing beyond its muted facade, Citylab Studio, a youthful architecture firm began to work closely with Wisma Central’s building management to resuscitate the building and return it to its former glory.

The young architects plan to reimagine the landmark into an artistic space. 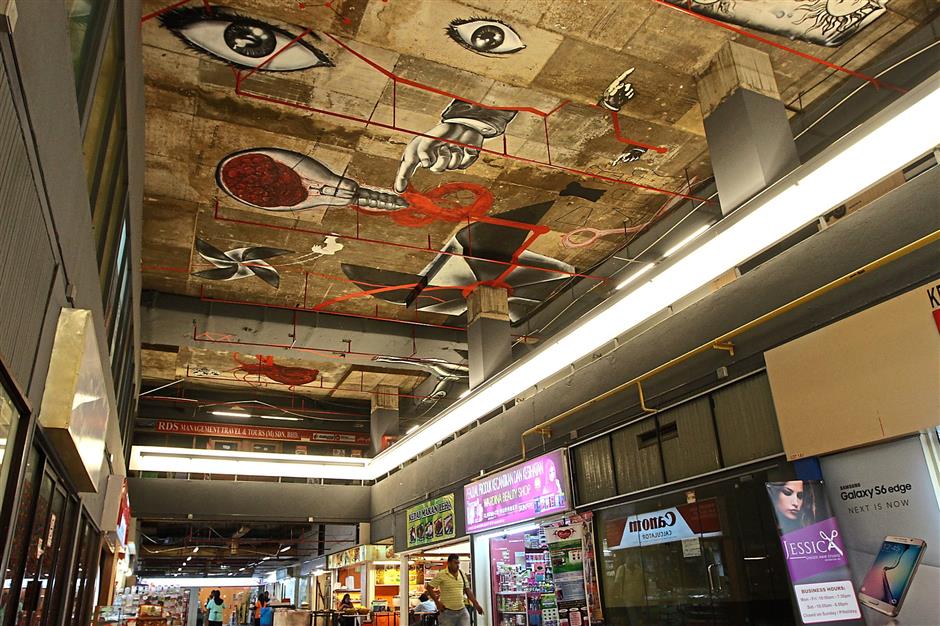 Located close to the Royal Selangor Turf Club, the building has since the 1970s served as a centre for a diverse range of activities spanning from luxury car showrooms to burlesque dance performances featuring local icon, the late Rose Chan.

In the 1980s, a change took place as the era brought in popular nightclubs such as Traxx and Base within the building.

By the 1990s, the vintage charm of the complex made way for current trends, which led to its eventual fading appeal once priority was given to larger development projects around the area.

After setting up the office within Wisma Central in 2011, Citylab Studio director Ridzwa Fathan and his partner Kamal Alwi began discussions with the building’s management to repaint the exteriors and improve the lighting and security.

“I found this office space online when I was still staying in London,” said Ridzwa.

“I wanted to be located close to KLCC so that my team and I could walk, cycle or use public transport.

“But when I saw the space around the office, my team and I wanted to improve it as well.

“Basically, we work with clients to reconceptualise existing spaces, by appropriating a design that enables more use,” he added. Phase One of their rejuvenation efforts thus far included an elaborate mural of the second floor ceiling by Malaysian artists Noemy Zainal, Ajim Juxta, Sliz, Aleff Ahmad, Engku Iman and Satria Utama as well as an electronic directory board on the ground floor, to guide Wisma Central visitors.

The fourth floor table-tennis court is now converted into an exhibition space and we have also created walk-through art galleries by lighting up some of the walls to install canvas paintings.

“We have been moving slow and steady.

“In Phase Two, we will be looking at activating these spaces for people to use.

“We have sought approval from Kuala Lumpur City Hall (DBKL) to convert the taxi stand area in the front, into a public plaza for pop-up art markets to take place.

“We are seeking approval from DBKL to set up a zebra crossing from Avenue K to Wisma Central.

“This way, there will be an inflow of visitors to the complex, not just passers-by.

“A market with Malaysia goods and art products at affordable prices is what we need to give a complementing variety to the upmarket centre of KLCC next door.

Though talks are ongoing with DBKL for further progress, Citylab Studio’s efforts have already garnered the attention of local entrepreneurs to set up shop within the complex. Syed showing the newly installed Digital Navigator, which is an electronic directory board.

One of the improvements Citylab Studio has added to the building is its Digital Navigator.

Citylab Studio programme director Syed Iskandar explained the use of the Digital Navigator.

“Instead of printed maps, we wanted to make the Wisma Central guide an interactive experience for users.

“By using the touchscreen board, they can explore the new art spaces we have created as well as bits of history of the building itself,” he said.

Side by side with decades-old stationery shops and small restaurants, new creative businesses featuring locally made furniture, barber shops and cafes are planting their roots in Wisma Central.

Slowly but surely evolving into an art hub, Citylab’s own Prototype Gallery consistently features and curates 3D printed models, handmade artwork and fashion accessories to inspire other Malaysian artists to invest in the refurbished space.

“It is a very strategic location for a small bookstore like us.

“All our writers and customers can come here by public transport because its right in the middle of the city.

“Many of our followers are also coming up with ideas on how to contribute to this space, such as by holding their art events here,” he said.

Being a strata-title building, Wisma Central houses 400 different owners with varying levels of attachment to the old complex.

Having owned four lots over the past 30 years, former Wisma Central Management chairman Chin Keh Liang said he was open to ideas for upgrades but would let time decide the fate of the building.

“At first, we wanted to cover the building with aluminium.

“Fortunately Fathan and his team came up with low-cost ideas such as the mural and art.

“But those are just cosmetic touch-ups.

“We have upgraded a lot of things that you cannot see, such as the piping, wiring and switchboard systems.

“We spent close to half a million upgrading the heart of this complex.

“For a long time now, Wisma Central is due for redevelopment.

“Some say it will even be demolished but we do not know for sure.

“I just do not want it to be turned into a heritage building because that will reduce the value of the building,” said Chin, who is a quantity surveyor by profession.

Its owner Datuk Idris Tulis said his business had been in the complex since 1981.

“Some 30 years back, this was the only available space because Wisma Central was the second mall in Kuala Lumpur after Ampang Park.

“Now, even though there are other places to set up shop, all my clients know this is where I am.

“In fact, we are part of the face of the building, so I am all for the upgrades instead of a complete redevelopment.

“I am actually not worried that Four Seasons is going to tower over us next door, it just means more tourists will make their way here.

“Business is here, I do not want to move out,” said Idris, who is the anchor tenant at the building.

The original Wisma Central sign remains steadfast above the recently refurbished awnings on the front of the building, as if to signify that it is here to stay.

With art and ideas on its side, the next few years of upgrading efforts by Citylab Studio may even see green initiatives such as an urban farm on it rooftop.

Yet, with all evolution, only time will tell. 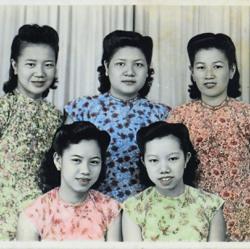