Villagers from several areas there were relocated to the temporary shelter at SK Changkat Jong without a hitch.

The areas affected by the flood that started on Nov 17 include Kampung Batu 9, Kampung Batu 8, Lorong Mesra, Lorong Sidang Osman and Lorong Kedah.

About 50 families were affected and some 170 people displaced as a result of the flood.

“We did not wait when the rain started to pour heavily.

“We quickly moved our items to higher ground,” the self-employed man said, adding that his family of four has been staying at the temporary shelter since the first day of the flood.

“Only the furniture is damaged,” he said. Volunteers helping out at the kitchen by preparing meals for the flood evacuees at SK Changkat Jong.

Mohd Haniif, 37, said he returns to his house regularly to check on his belongings and the flood situation.

“Things seem to be improving.

“The water level has gone down a lot,” he said, adding that the floodwater level was as high as his waist on the first day.

Another villager, Badariah Ariffin, 79, said she was allowed to return to her home at Lorong Kedah after the water there receded.

“We were well-prepared. Most of the items we could move were saved ahead of time.

“We only need to return home to clean the place up now,” she said.

Shah Rani said the relocation efforts were well organised with the cooperation from villagers and governmental agencies.

“We always keep each other updated on the weather and situation on the ground through a Whatsapp group chat. 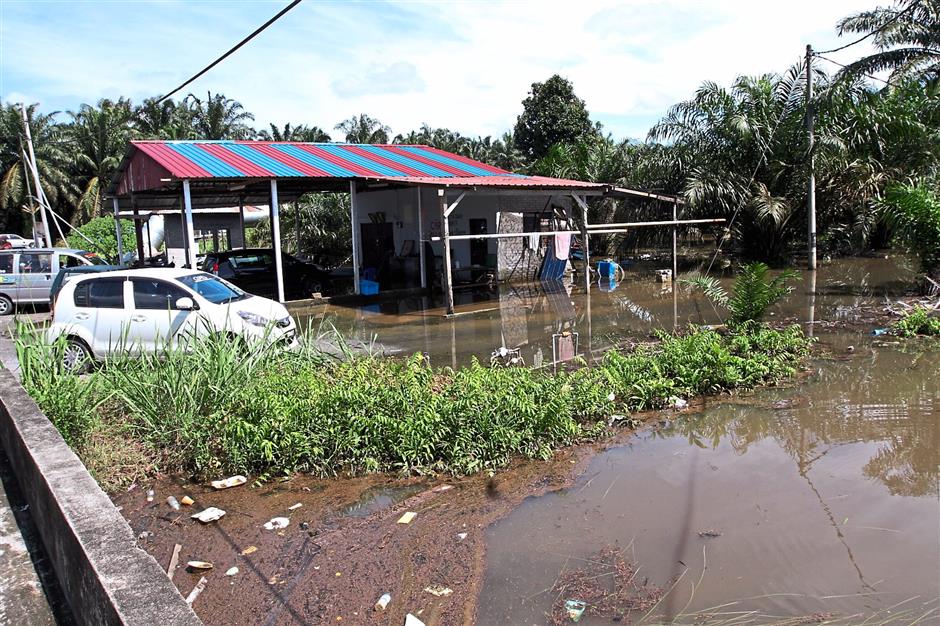 The poor water canal system is believed to be one of the reasons for the flooding.

“The firemen, Rela, police and the Malaysian Civil Defence Department (JPAM) have been very helpful,” he told MetroPerak when met.

“We were ill-prepared last year because of the unexpected downpour but we have learned much from it,” he added.

Shah Rani said as of Saturday, villagers from most areas, including Lorong Kedah and Kampung Batu 8, have been allowed to return home.

“I hope the situation will continue to improve though Lorong Mesra and Kampung Batu 7 are still inundated,” he said.

“If it rains heavily, causing another round of floods, we are prepared for it as well,” he added.

Shah Rani said the Drainage and Irrigation Department should conduct a study on why the flood occurred.

“The area was flooded after just three to four hours of rain.

“They should find out whether the cause of the flooding was man-made or attributable to the condition of the land and river,” he said.

“The state should also deepen the river or make the embankment higher,” he added.

“We have been instructed to mobilise whenever it rains heavily so we can provide immediate assistance to villagers,” he said.

Mohd Fazly said the water level nearby at Sungai Bidor and Sungai Sungkai Mati was at its highest, 3.5m above sea level, during the flood.

“There is a point near Lorong Mesra where the two rivers meet to flow into Sungai Perak.

“It is where the river swells and overflows into the nearby village,” he said, adding that water pumps had been used to get the water out of the affected villages and back into the river.

“The water level at the rivers have gone down back to its normal state of 2.9m,” he added.

Mohd Fazly also explained that all connecting rivers that flow from the central region of the state would pass through Teluk Intan. Zainol (in orange batik) chatting with some of the children who were temporarily relocated to SK Changkat Jong as a result of the floods.

“Teluk Intan is near to the coast and the river water would flow towards the Straits of Malacca,” he said.

As of Saturday, 27 families and 104 people remained at the temporary shelter.