A new generation comes out to beg

Children take the opportunity of heavy traffic to beg from motorists.

THE sight of children knocking on the windows of cars stopped at traffic light junctions to beg for money is common on the streets near the North Klang bus terminal in Klang.

StarMetro checks revealed there were about 20 Rohingya child beggars in the area.

They were seen moving along Jalan Pos, Jalan Raja Hassan and the Bulatan Seratus roundabout in Persiaran Sultan Ibrahim and the five-foot ways of those streets.

The high volume of traffic and congestion along the streets had led the children to base themselves in the area.

Some of the children could be spotted as early as 8am on weekdays while others would make their appearance much later.

They would walk from car to car, working the whole line of vehicles that were waiting for the traffic light to turn green.

“Tolong, encik, saya orang susah. Tolong bagi duit, saya nak duit untuk makan (Please, sir, I am in distress! Please give me money, I want money for food).” This is their common appeal.

While most of the motorists ignored them, some offered the children between RM1 and RM5. 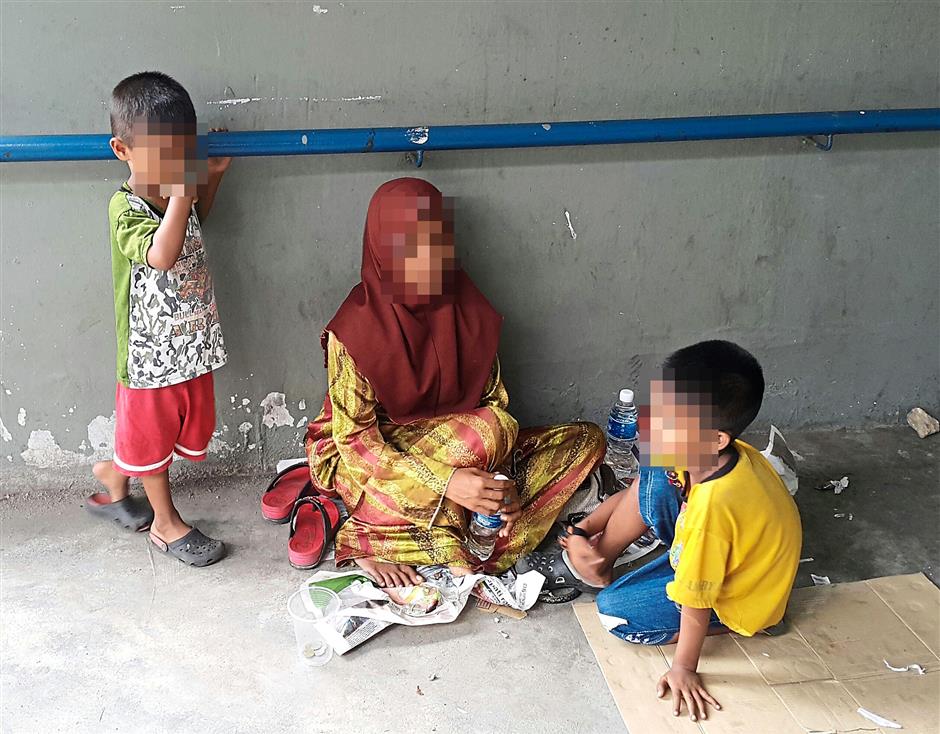 A mother of two seen begging on a five-foot path in Klang. —Photos: AZMAN GHANI and ELAN PERUMAL/The Star

The children are able to collect between RM50 and RM100 daily during the weekdays, and more than RM100 on weekends and public holidays.

They also make their rounds on five-foot ways to beg from pedestrians.

In fear of detection by the authorities, the children would keep moving around.

They appear to have a strong communication network as they have a tendency to disappear for hours or even a whole day if they suspect the authorities are in the area.

Some boys can even become verbally abusive towards members of the public who turn them away.

The Rohingya refugees in the area have managed to keep the “trade” within the family for at least four generations.

Many of the refugee families first came to Malaysia in the 1970s because of political instability in their homeland.

These families have been begging for almost half a century now. 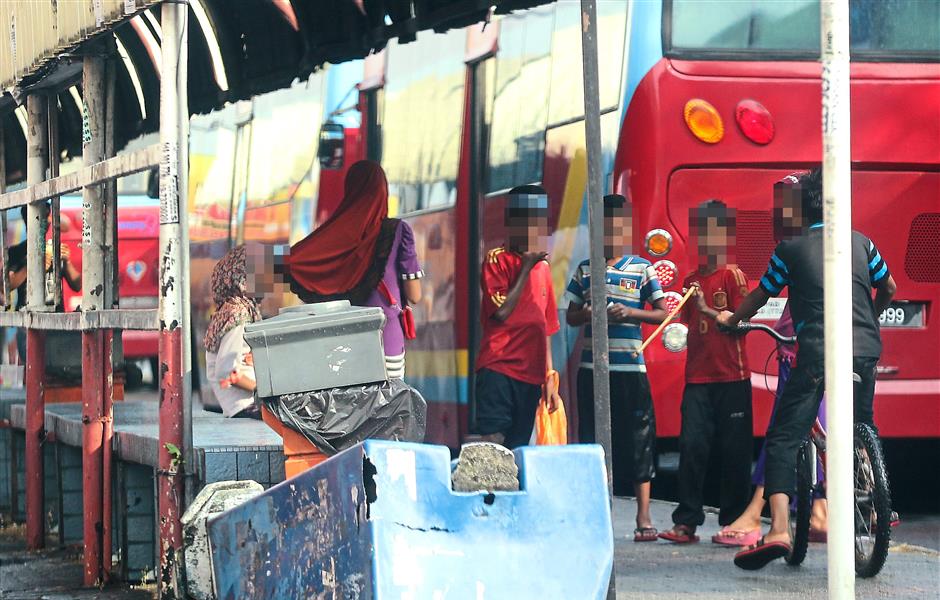 Busstops are a popular spot for the young beggars.

In a desperate attempt to survive, members of the community, especially the women, have found that begging was the easiest way to make ends meet.

With babies in their arms, the mothers would beg at strategic points, such as the North Klang bus terminal in Jalan Pos as well as five-foot ways in the area.

A 63-year-old petty trader who had been operating a drink stall in Jalan Pos for over 40 years said the mothers used to beg on the streets and it was now their children’s turn.

“What you are seeing now are the offspring of the older generation who have either died or are too old to beg.

“Others will stay in the background and watch their children begging from a distance. 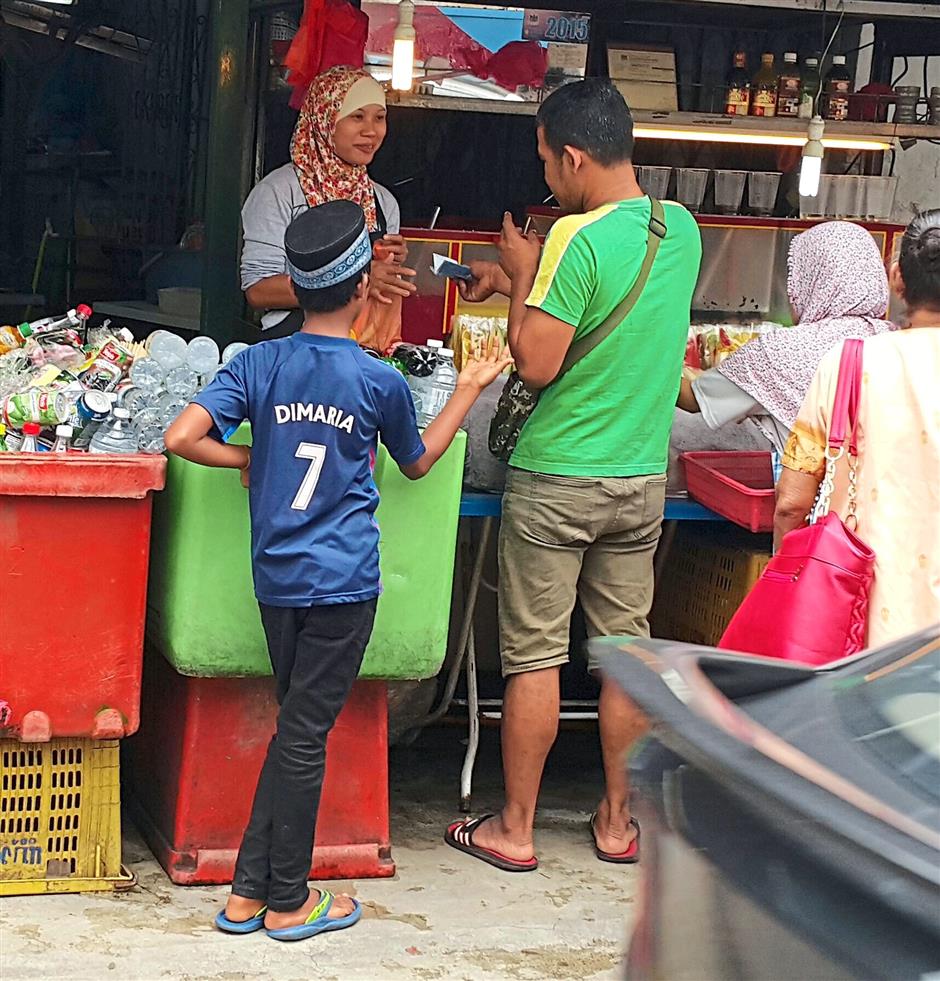 “After collecting a handful of money, these children will hand them over to their mothers waiting nearby,” he said.

“It is a team effort – the mothers have not completely retired from the trade but are keeping a low profile as they do not feel comfortable begging.

“They have also realised that the younger ones get more money.

“They would rather let their children do the work,” he said, adding that the public had more sympathy for the children.

Although the old ones have “retired” from the trade, the sight of young mothers begging alongside their children is common along Jalan Raja Hassan and other strategic areas including at the underpass at Persiaran Sultan Ibrahim.

Social worker A. Devadass, who has been closely observing the Rohingya community in Klang for more than three decades, said he recognised the families of beggars.

He added that it was easy for the children to take over the activity after being trained and watching their mothers do it from an early age.

“They will be accompanied by their mothers in the initial stage, and later by their older siblings before they start begging on their own,” said Devadass, who is also the Klang Consumers Association president. 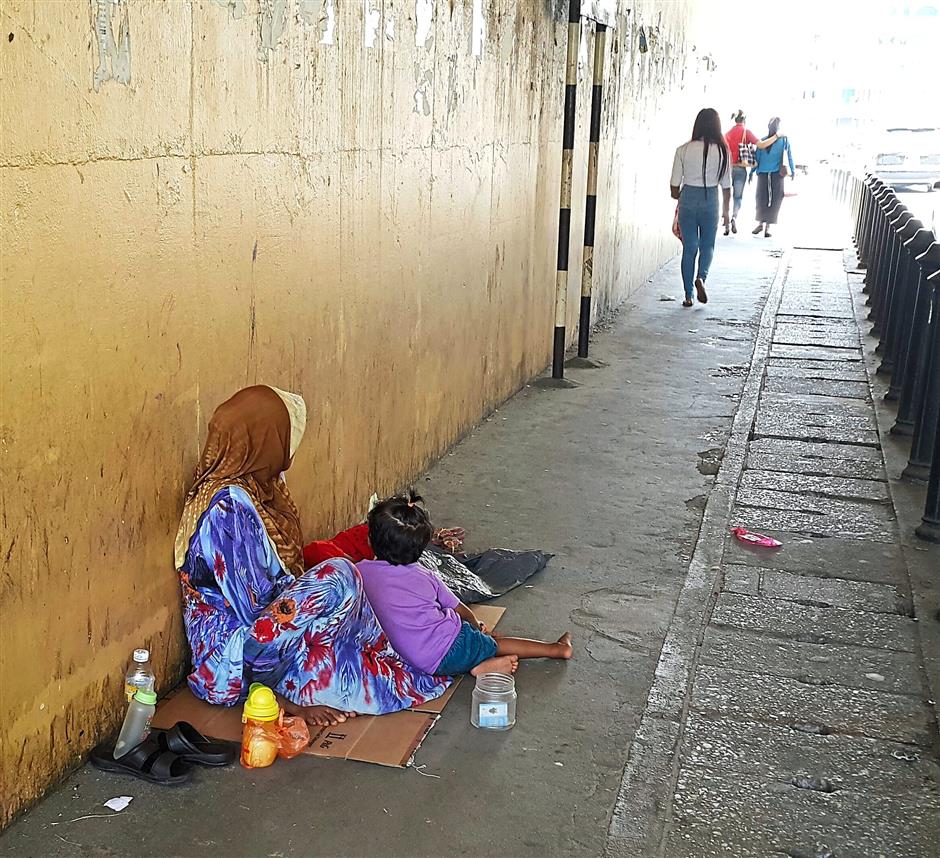 A family of beggars spotted along Jalan Raja Hassan.

Boys, he added, would later move away in search of odd jobs when they reached adolescence while the girls are often married off at a young age, mostly to men from their own Rohingya community.

“Most of the time their marriages do not last and the single mothers return to the streets to beg for money to feed their children,” he said, adding that the cycle would continue.

A beggar, who is the mother of three aged between two and seven, said she had no other means of survival.

The woman, in her early 20s, said she was separated from her husband and could not find employment because of her refugee status.

“My children and I are staying with a family in Jalan Meru for a nominal rental.

“The landlord has been very helpful,” she said, adding that she collected an average of RM50 daily. 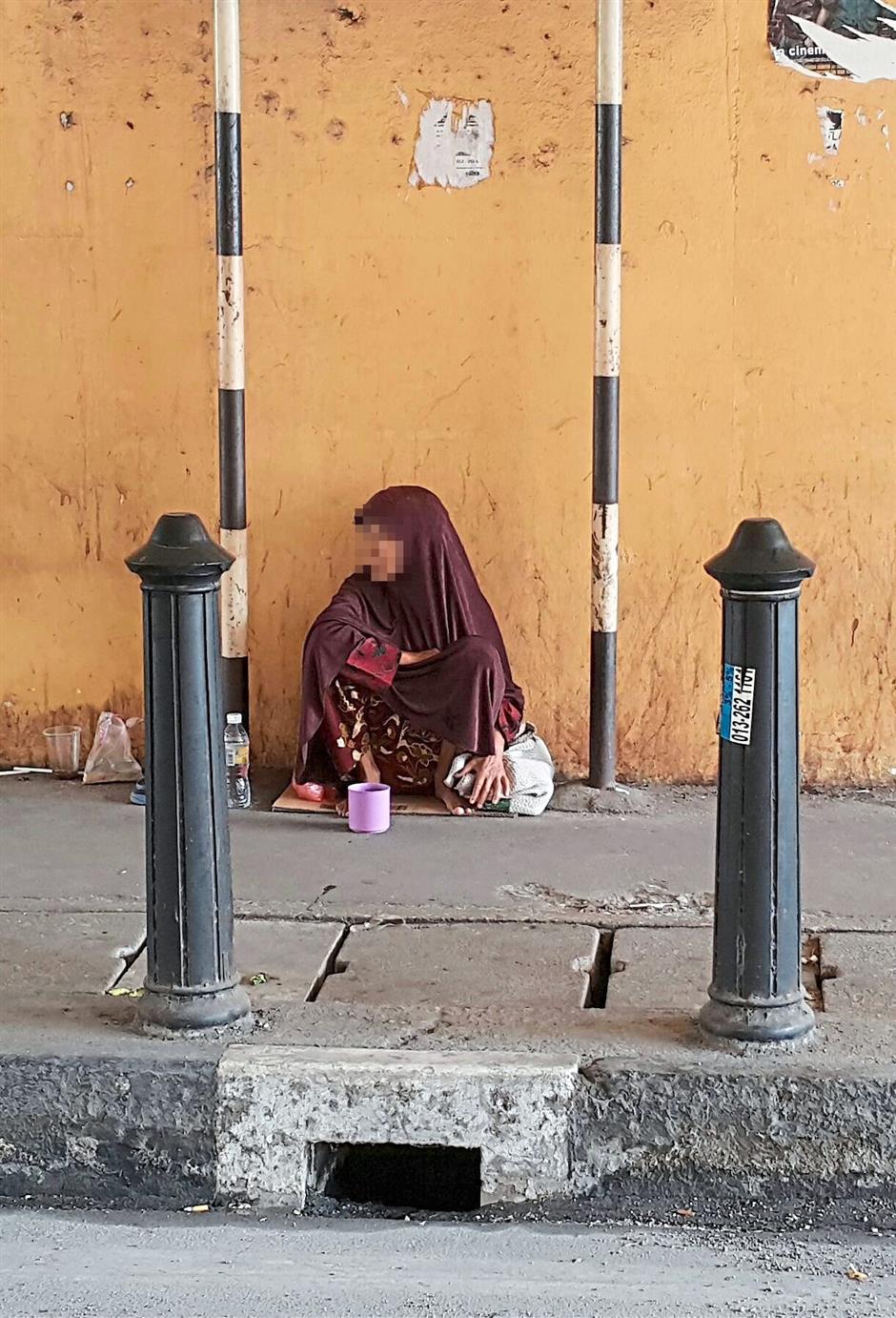 A beggar seated under Jambatan Kota in Jalan Raja Hassan.

Another woman, who was begging under the Jambatan Musaeddin in Jalan Raja Hassan with her two children, admitted to being a Rohingya refugee but refused to give any further information.

A Selangor Welfare Services Department official said they were aware of the presence of the Rohingya beggars in the area and had taken appropriate action.

Many joint operations had been conducted in the area.

“We have handed over a number of the children and their mothers to the United Nations High Commissioner for Refugees (UNHCR) after they were caught begging in the streets,” he said.