Beware of scams and blackmail

Shahril Azmil thinks that the digital world is a very dangerous place to be if one does not know how to protect oneself. — RONNIE CHIN/The Star

ENCOUNTERS of a sexual nature with strangers on the Internet resulting in an ugly end are not something new in this day and age.

Even if people have heard of such incidents and think they know better, scams and blackmail often come in the most unexpected way.

MetroPerak spoke to people to learn their views on meeting strangers online and the precautionary steps they take to avoid falling victim to unscrupulous characters.

A sales and marketing manager who wished to be known only as Alyz, 38, said she is careful about using social media sites like Facebook even though she relies on it to keep in touch with friends and family.

“I never add anyone I don’t know to my account because of the amount of psychos and scammers out there.

“Even if it’s just an acquaintance, there is still some risk there because you never know whether they’ll stalk you or go through your friends list for potential prey,” she told MetroPerak.

On Nov 12, it was reported that a 28-year-old salesman was blackmailed after having a video chat within an hour of meeting a girl on Facebook.

After “mysteriously losing consciousness about 20 seconds” into the video chat when the girl began to strip, the man woke up to discover that she had recorded a video of him naked and performing acts he claims not to remember.

The girl then asked for RM4,000 from the salesman and when he could not pay up, she uploaded four video clips and shared them on his friends’ Facebook pages.

Alyz, who is unmarried, said scammers tend to prey on people’s vulnerabilities, especially those who are single, and it is most likely the loneliness and desire for acceptance which leads the victims to their downfall.

“I’ve met many of them online before, not through Facebook but through other dating apps like Tinder.

“They say things like they’re rich, they want to marry you, they can take care of your kids and love you... All those sweet words you want to hear.

“But after three to four days, when they can sense that you’re into them, they’ll start telling you stories which often involve them asking for money,” she said.

On the other hand, Alyz said some will start by saying romantic words like “You’re the one I love” and “I want to spend my whole life with you.”

“Some even get crazily attached, demanding to know where I go and asking how I am going to be their wife if I don’t answer their messages and calls.

“When you’ve seen enough of such people, sometimes I find it fun to just slap them around and then block them when it gets too far,” she said.

Alyz added that way before the era of Facebook, she used to encounter people like these on Yahoo! Messenger and Skype.

“But the way I answer them depends on my mood. So one day I could act like I’m so in love with them, but the next day I start thinking ‘I’ve got no time for this.’

Asked if she had met anyone who requested for her to strip for the camera, she said yes, but it was her principle to never take off her clothes for anyone in a screen.

“I’ll always tell them I’m at work in the office now and if they want a mutual stripping session, they’ll be giving a free show to my colleagues as well.

“Or if that doesn’t work, I usually just tell them that I’m having my period and then say ‘I’m sleepy now, goodnight’,” she said with a laugh.

Asked again for the reason behind her trying to meet people on Tinder and dating sites if she did not mean for it to be serious, Alyz said it is more of engaging in some harmless fun for her.

“Sometimes, it’s just to fill in those nights where you want to have a laugh and a nice chat before going to bed.

“The most important thing people need to know is that they should never take anyone they meet on the Internet seriously, you’ll never know what their true intentions are.

“Until they’ve proven otherwise, you just need to learn to be smart when talking to strangers online and never let your guard down,” she said.

Accountant V. Shantini, 26, said she has read about too many unfortunate incidents that happened to people meeting others online, so she knows where to draw the line when it comes to meeting new people on Facebook.

“It’s simple for me. If I know you in real life and we’ve had a conversation before, I’ll add you.

“If I don’t, I’ll just decline their friend request or report their private message to me as spam.

“Most of the time, these people message me in poorly written English so there’s no point trying to have a conversation with someone whose lack of proper grammar repulses me,” she said.

Speaking in response to the case of the salesman being blackmailed after a video chat, Shantini said she rarely uses Skype to chat with her close friends, let alone chatting with strangers she meets online.

“It’s more shameful for girls than guys if something sexual of them is being circulated on the Internet. There’s just too much to lose so I’m not going to take that risk.

“If I’m looking to meet someone, perhaps I’ll try something more specific like dating websites and apps like Tinder.

“So far I’ve not tried online dating before. Maybe one day, if I feel like I’m desperate enough,” she said jokingly.

Similarly, wary front office manager Shahril Azmil Shaarani, 32, said he prefers having proper relationships with others before moving on to a conversation online.

“I’m also a married man. It is my duty to be loyal to my wife.

“That random person who messages me could be my wife’s relative or an old friend who wants to test me,” he said.

Having received messages from strangers through Facebook and WhatsApp before, Shahril Azmil said most of the time, the messages seem to suggest that they want to become friends.

Asked if he would have done something different if he were still single, Shahril Azmil said his responses will always be the same.

“It doesn’t matter if the person is a guy or a girl. I don’t like to simply make friends with strangers I am suspicious of.

“It’s even more suspicious when the person uses a picture of a hot woman,” he said.

Shahril Azmil stressed that it is important for people going online to never trust strangers easily.

“Even if you think you know the person, it doesn’t hurt to do a background check on them, be it your classmate, colleague or relative.

“The digital world is a very dangerous place to be if you don’t protect yourself,” he said.

Personal assistant Foo Hua Bin, 27, said although he has not encountered any strangers with unusual, sexual requests online before, he knows not to be careless should it occur.

“I’m sure most of these accounts using pretty pictures of girls seeking to be friends with guys are fake, because I’ve heard of too many online scams that started out this way.

“It’s better for every social media user to reject requests and ignore messages from people they don’t know in real life,” he said.

As Foo’s work requires him to deal with government-related issues, he is even more wary of people he meets online because strangers could use temptation tactics to retrieve private information from him.

“They often say they want to be friends, but let’s be more realistic.

“They only want to be friends because they want something from you, like your money,” he said. 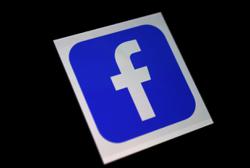