IMAGINE beautiful and unusual crafts from 38 countries being showcased under one roof.

Petronas vice-president and PIC venture director Juniwati Rahmat Hussin said the ongoing exhibition demonstrates the use and the role of art as a medium to improve our relationship with understanding of the natural world. One of the couple outfits that Afif Shukur ‘Apip’ from Indonesia showcased during the fashion show at the launch of the exhibition.

“Each of the fine works on display was handcrafted from natural and sustainable materials.

“The artworks focus on traditional and contemporary expressions through various genres of art objects ranging from textile, stone, ceramics, metal, glass, wood, paper, beads and lacquer,” she said at the launch of the exhibition last week.

“Environmental art is one of the most natural forms of eco-activism as it brings nature back to people and takes the people back to nature.

“What better way to get people interested in nature and art than engaging them in the creative process?” Juniwati said.

Pohon Budi symbolises the idea of a universal cosmic tree, as expressed in the exhibition. 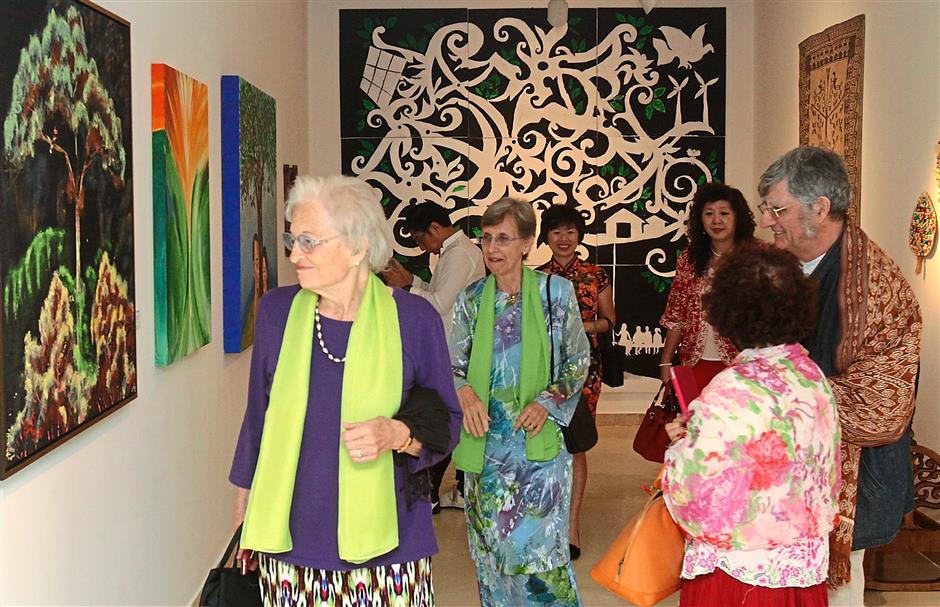 Visitors at Galeri Petronas’ ‘Pohon Budi: Seeds of Energy from Tree of Life, where Creative Imaginings Abound’ exhibition viewing the more than 100 inspiring interdisciplinary genres of crafts on display.

The craft work from the 38 countries are from the African continent, Central Asia, South Asia, Asia Pacific, East Asia, South-East Asia, the Americas and Europe.

A fashion show was held during the launch featuring nine designers from eight countries.

One of the designers that stood out was Asif Shaikh from India.

During the 16th century under the patronage of Queen Noorjehan, Chikan and Kamdani embroideries were promoted. 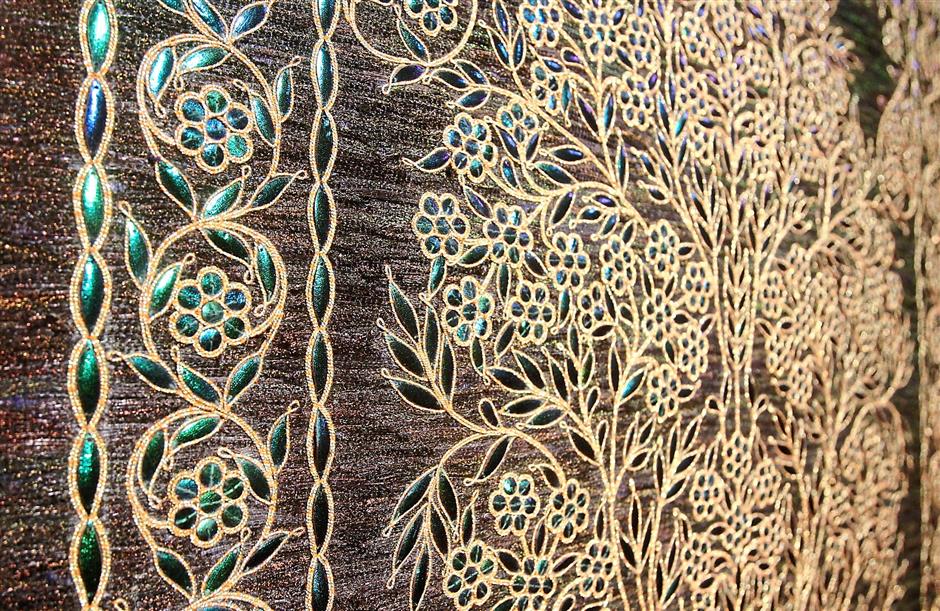 This collection reflects that era from Lucknow, a city, known for its rich cultural Mughlai nuances.

Fabrics made from natural fibres like silk, cotton and linen were used and embellished by creating shadows using cotton thread in the case of Chikan, whereas Kamdani employed a technique of embroidery with metal strips.

Asif said he believes in quality and the collection took nine months to complete.

“Some 20,000 hours of labour was taken to do this collection. Everything is handwoven on hand embroidery,” he said.

Designer Edric Ong, from Malaysia, said he only used natural dyes and fibres in his collection called “Bugaku”.

“I have been working with the Ibans to promote ‘Pua Kumbu’ ikat textiles. It is an endangered tradition. If not encouraged, it will die off,” said Ong, who is also the World Crafts Council senior vice-president and one of the curators of the exhibition. A long shirt by Alfonso Guino of the Philippines. The collection features the famous Filipino textile heritage of the tinalak or the banana fibre.

Drawing inspiration from the Japanese Edo period royal court dance of the Bugaku, Ong has used the natural dyes of the sappan-wood or Brazilian ironwood tree to get shades of pinks and maroons, and the ketapang leaves for the greys, black and yellow and from the Indian almond tree for this collection.

Applying the technique of wood clamped shibori on hand-spun, hand-woven silks from the Laotian/Thai border, the geometrical motifs are found in the old traditional Bugaku kimonos.

The exhibition was launched by the Sultanah of Terengganu, Sultanah Nur Zahirah

Pohon Budi is open for public viewing until Nov 15 from Tuesday to Sunday, 10am to 8pm at the main gallery, Galeri Petronas, KLCC.